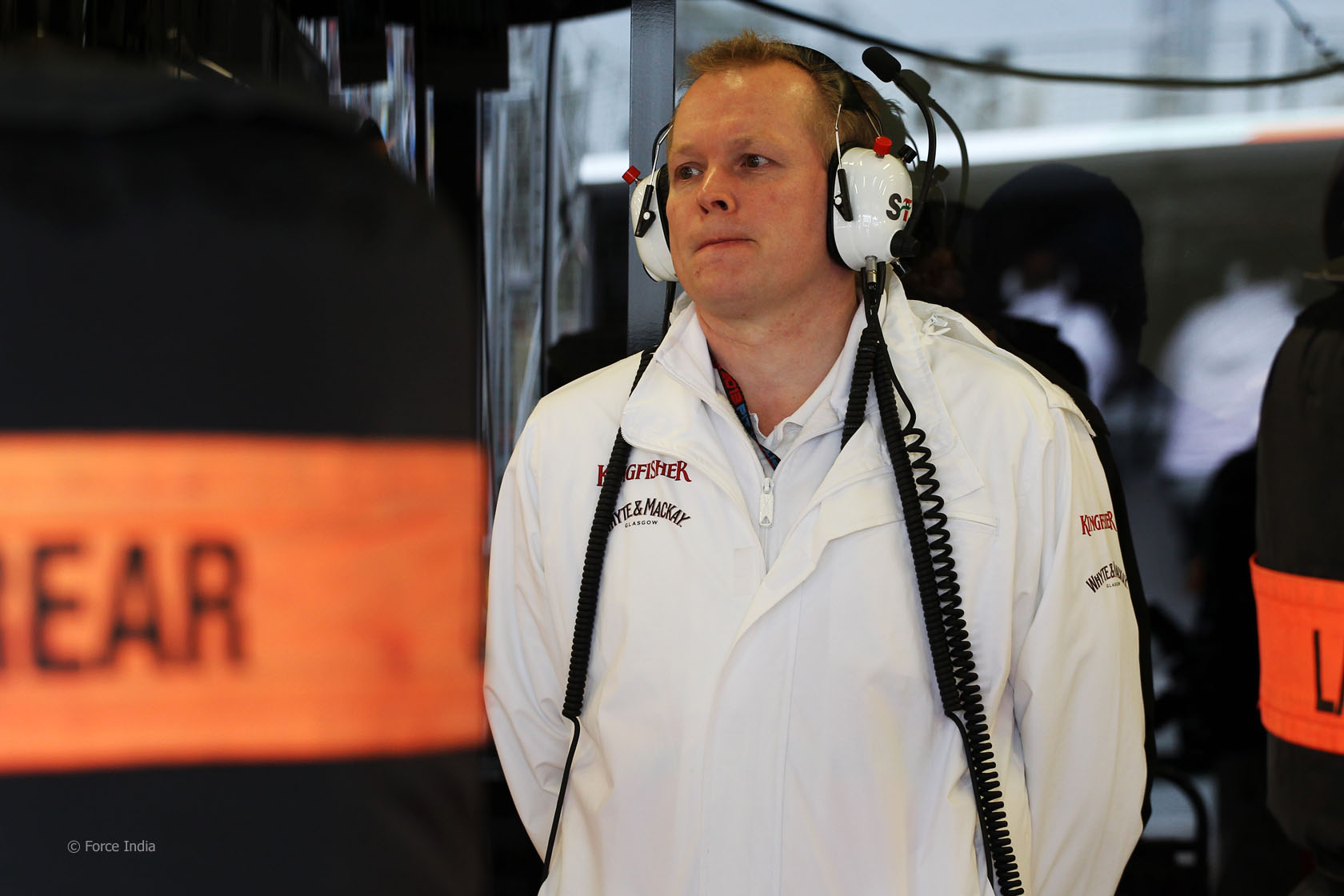 Formula One’s new rules for 2014 amount to the biggest change in a generation, according to Force India’s technical director Andrew Green.

The overhaul in the engine regulations is the most significant change this year.

“It’s been a massive job to accommodate all the changes to the power unit,” said Green, “it’s the biggest change I’ve witnessed in the sport since I started in 1990”.

“On top of that, if you add the development that comes with it during the season, it’s going to take some managing. From the first time the car runs it will be continual development as we gather data, understand where the car sits relative to our models, refine it, and go back to the track again.”

Managing the heat produced by the V6 turbo engines and uprated energy recovery systems is the “biggest challenge” of the new rules, says Green.

“We’ve had to develop a completely new tool set to examine, analyse and optimise it. We won’t get a real answer on how far out we were until we start running and then we’ll refine the tools again and have another go at it.

“I expect quite a big redefinition of the cooling system later in the season once we’ve gathered all the data from the winter testing and the first couple of races.”

The aerodynamic regulations have also seen major revision, with narrower front wings and the banning of the rear beam wings.

“The aerodynamic changes in themselves would have been significant, even if there had been no other regulation changes,” Green admitted.

“There’s quite a dramatic reduction in downforce, especially with regard to the exhaust ?óÔéĽÔÇŁ there’s now very little you can do to capture the exhaust energy. That’s a big loss on the exit of corners, so traction becomes a premium. That, combined with a change in the front wing width, has changed all the flow structures on the car completely.”

A further change in the rules requires teams to decide in advance of the season what gear ratios they will use.

“Although our ratios are supplied by Mercedes we also did our own simulations, and to be honest we came up with very similar answers,” said Green. “We were happy to carry on that route.”

“We are allowed one change and I think we’ll wait and see how it performs and how it compares to our simulation.”

7 comments on “Adapting to new rules “a massive job” – Green”