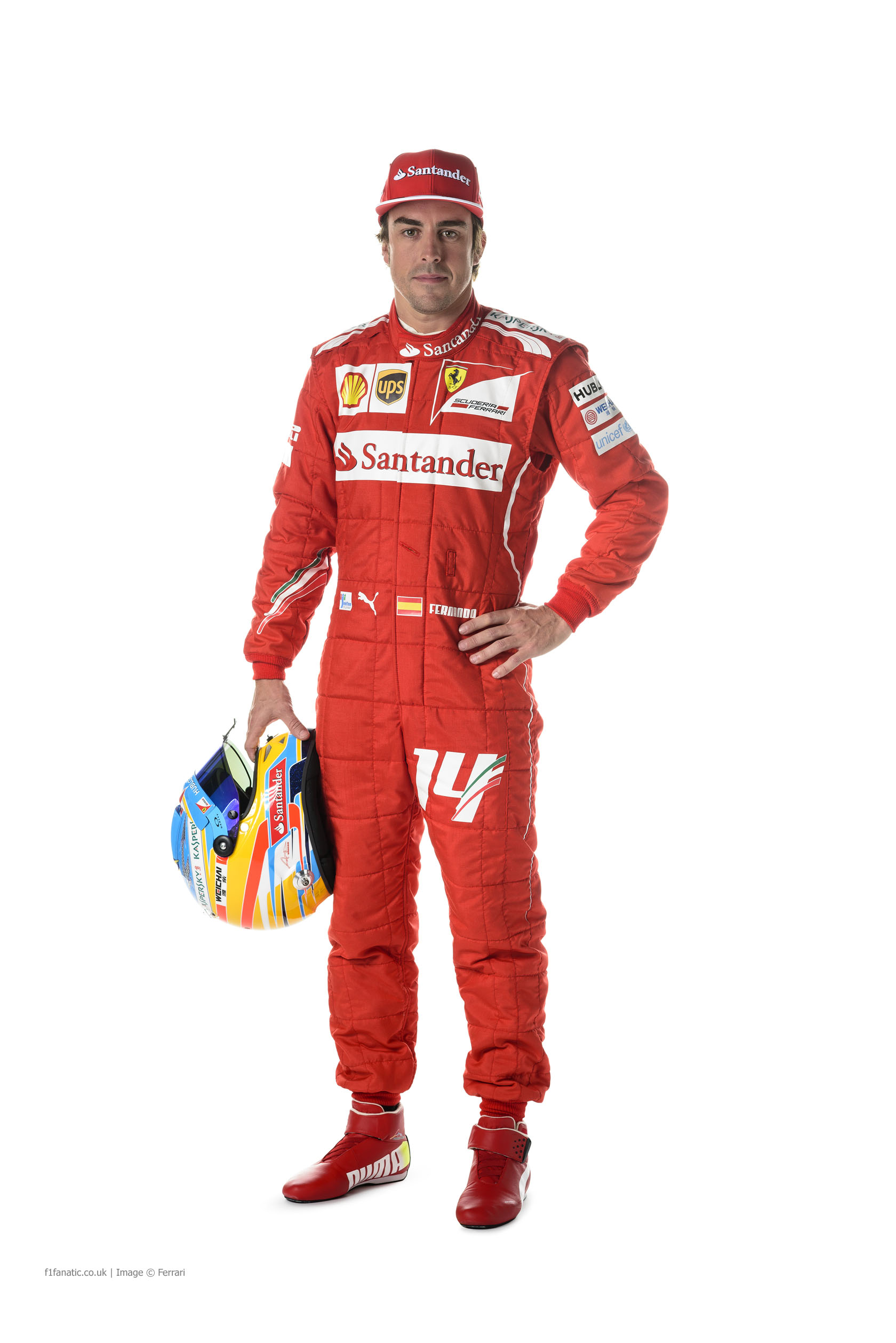 Fernando Alonso says he wants to repeat Michael Schumacher’s feat of winning the world championship in his fifth season for Ferrari.

“Obviously in the last four years we had some opportunities, especially in 2010, 2012, we were very, very close to winning the championship,” Alonso added. “So this year we’ll try again and hopefully this time will be a good one.”

Alonso admitted the arrival of 2007 world champion Kimi Raikkonen makes for a strong line-up at the team this year.

“I think Kimi and me as a team we should be quite strong in the paper because we’ve had some success in the past in the Formula One career.

“But this you need to discover, every year we start from zero. If we do well we will have a very strong team, we can deliver some good results for Ferrari. If we don’t do good enough some other team will have another best pairing drivers. So it’s up to us to deliver and do a good job.”

“I think in 2014 the Formula One will change a lot with the new regulations,” he added. “That will take also some implications from the driving styles so definitely I’m looking forward to discover this new Formula One.”