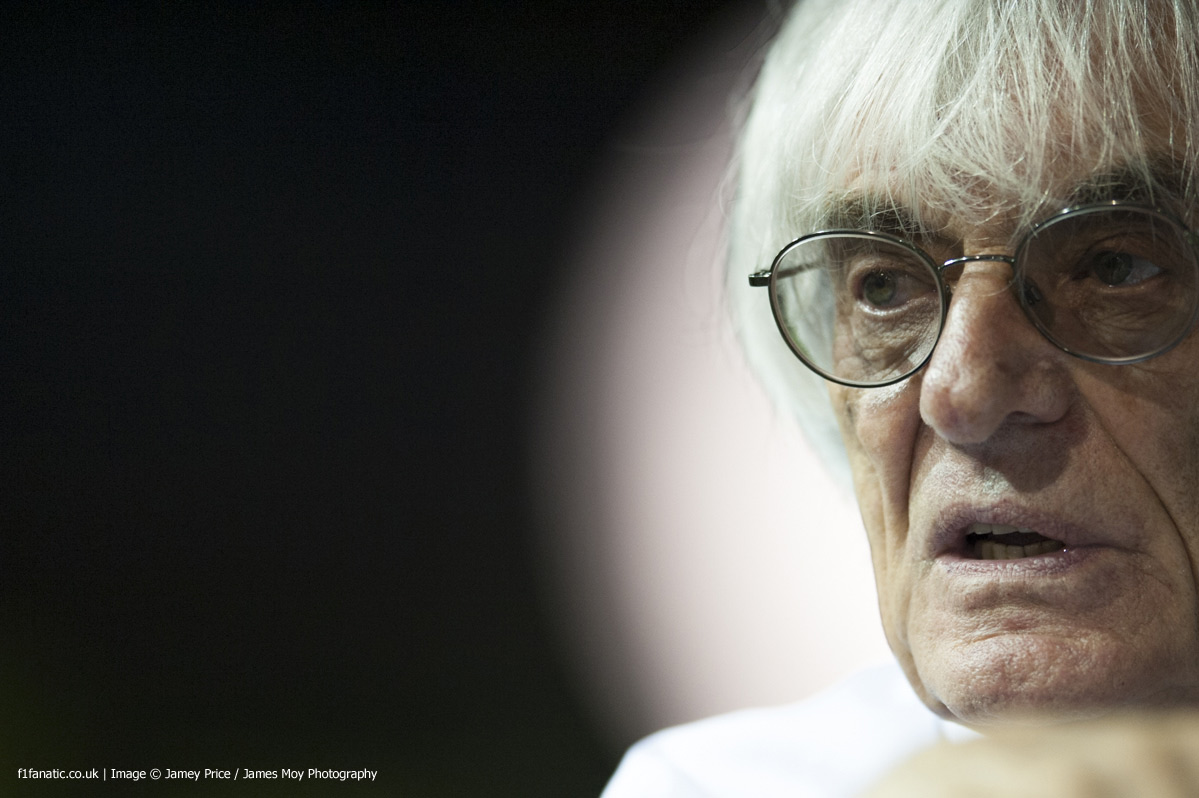 In the round-up: Bernie Ecclestone doubts Gene Haas’s F1 team bid will make it into Formula One.

Yesterday was one of the busiest days ever on F1 Fanatic. At one point the number of simultaneous visitors to the site was 80% higher than the previous peak recorded last year.

Had those levels of traffic occurred 12 months ago there is no question the old server would have buckled under the strain. But we’ve upgraded to a new server since then – the increased cost of which has so far been largely paid for by F1 Fanatic readers – and it coped superbly. There was no sign of any loss of performance, which hopefully bodes well for the future.

So I would like to once again say thanks to everyone who has contributed to F1 Fanatic either by becoming a subscriber (through which you can also view the site ad-free) or making a donation – and in some cases both! Your support is deeply appreciated.

If you would like to contribute to F1 Fanatic you can find out more information here: “The FIA is not introducing a new team, the team is asking for an entry. Somebody has asked, ‘Can we have an entry.’ I doubt they will get in.”

“The English company started work on a 2014 engine as long ago as 2010, when the regulations stipulated an I4 layout at the behest of Volkswagen.”

“It is understood, though, that the choice of Boullier would principally have been made by the Bahrain royal family’s Mumtalakat investment company, which owns 50% of the group. Dennis and his business partner Mansour Ojjeh each own 25%. Boullier is well connected in Bahrain, where he has been involved in a number of sponsorship negotiations.”

“Where fans hoped the daft decision to award double points for the season finale would be rescinded, sources advise that Ecclestone brooked no discussion, stating it would be tried this year, full stop.”

“To make a nose ideally suited to the 2014 rules, it needs to raise as much of the nose shape out of the way of the airflow passing under the raised chassis. However the nose still needs to form the low tip and of the right cross section. While to meet the crash tests the nose shouldn?¾įķ╝įõ¾t be too short or hooked and maintaining the minimum cross section is not as crash-able as nose that tapers outwards towards the chassis.”

As well as providing much-needed office space for logistics and technical personnel, which will allow them to better co-ordinate the federation?¾įķ╝įõ¾s presence at motorsport events worldwide, the facility will also house all the support vehicles and equipment the FIA regularly sends to events. This includes the radio and weather vehicle, two catering trucks and the two technical trucks that attend each Formula One Grand Prix in Europe as well equipment and vehicles used in the World Rally Championship, World Touring Car Championship and in the World Karting Championships.

“As the medical men ran over to see what could be done for the driver Niki noticed there didn’t seem to be any damage to the car and when he came closer Teddy Mayer was leaning over the slumped figure in the cockpit. ‘James’, said Teddy, ‘I think you’d better go back to the hotel and sleep it off.'”

Exclusive behind the scenes pic of Eric BoullierŌĆÖs leaving present. Something to read before the season starts… pic.twitter.com/j9dAE6eWG6

All I can say about our nose is that it's a boy and he is already good looking ;) #TOROUNCHAINED #JEV25 #F1

Found these at the factory ready to be put in the car for next week ;) #BO77AS #77 pic.twitter.com/CYaxtTkJw4

Chatted with Jenson just now. It's obvious in his voice and written on his face that it's all a struggle right now. I feel for the guy #f1

I never thought F1 cars could look ugly because it's the pinnacle of design and aerodynamic work!But this years cars proved me wrong.Or not?

An ex-F1 driver emails to say: "By God, the McLaren is ugly." As most in F1 would say, they tend to look beautiful when they win. Will it?

The problem with this year’s cars in a nutshell.

I remember when I used to use F1 car launches to change my desktop background.
@Deanmachine

Happy birthday to Johnny Cecotto who is 58 today.

Cecotto was the second Venezuelan driver to qualify for an F1 race, following Ettore Chimeri’s single start in 1960. Pastor Maldonado is his only successor to date.

Cecotto had a successful career in motorbike racing before switching to cars. He made his F1 debut with Theodore in 1983 and the following year was Ayrton Senna’s team mate at Toleman.

Unsurprisingly he was eclipsed by Senna’s stunning talent, a ninth place in Canada his only finish before his season was curtailed by a dreadful crash in practice at Brands Hatch which ended his F1 career.

He had a successful subsequent career in touring cars, winning the Italian championship in 1989 and Germany’s Supertourenwagen Cup in 1994 and 1998, all with BMW. He has also helped guide the career of son Johnny Cecotto Jnr.