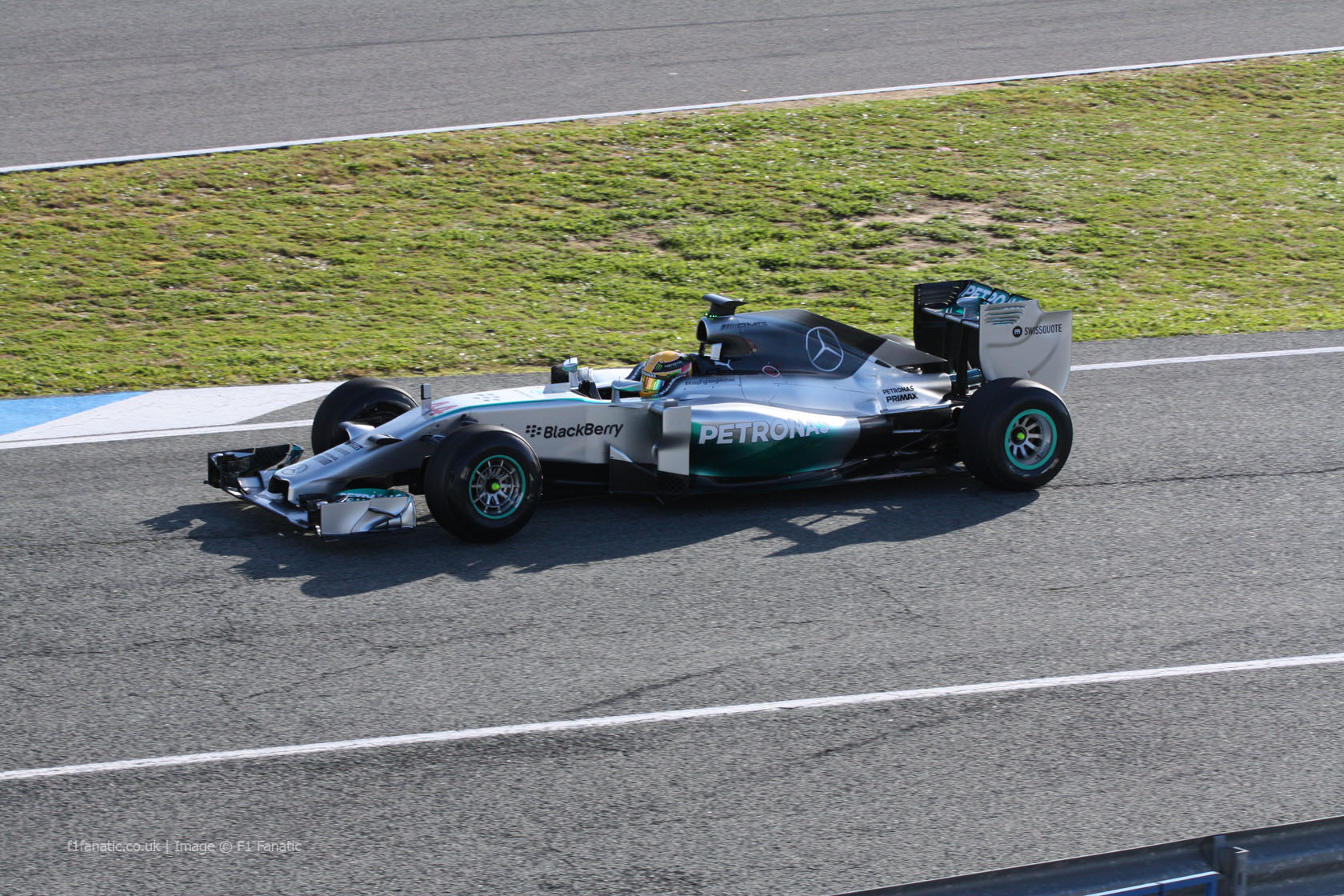 The 2014 F1 season got off to a subdued start on the first day of testing at Jerez as most teams completed only a handful of laps, if any at all.

With Lotus absent from the test, McLaren’s MP4-29 failed to emerge from the garage all day and Marussia revealed their MR03 had only recently left their factory.

World champion Sebastian Vettel only took to the track for the final few minutes of the test after Red Bull hurried to complete his RB10. Williams and Caterham’s cars were also not seen until the afternoon.

Mercedes seemed to be in the best shape as the test began. Lewis Hamilton joined the track shortly after 9am and began piling up installation laps.

Kimi Raikkonen’s first run for Ferrari since returning to the team did not go so well as his F14 T stopped halfway around the lap.

But their fortunes reversed over the remainder of the session. Raikkonen logged the most laps of any driver – 31 – and topped the times with a 1’27.104, though at this stage they are far from representative.

Hamilton, meanwhile, suffered a crash at turn one after the front wing failed on his Mercedes on the start/finish straight. He climbed from the car uninjured but the car did not run again for the rest of the day.