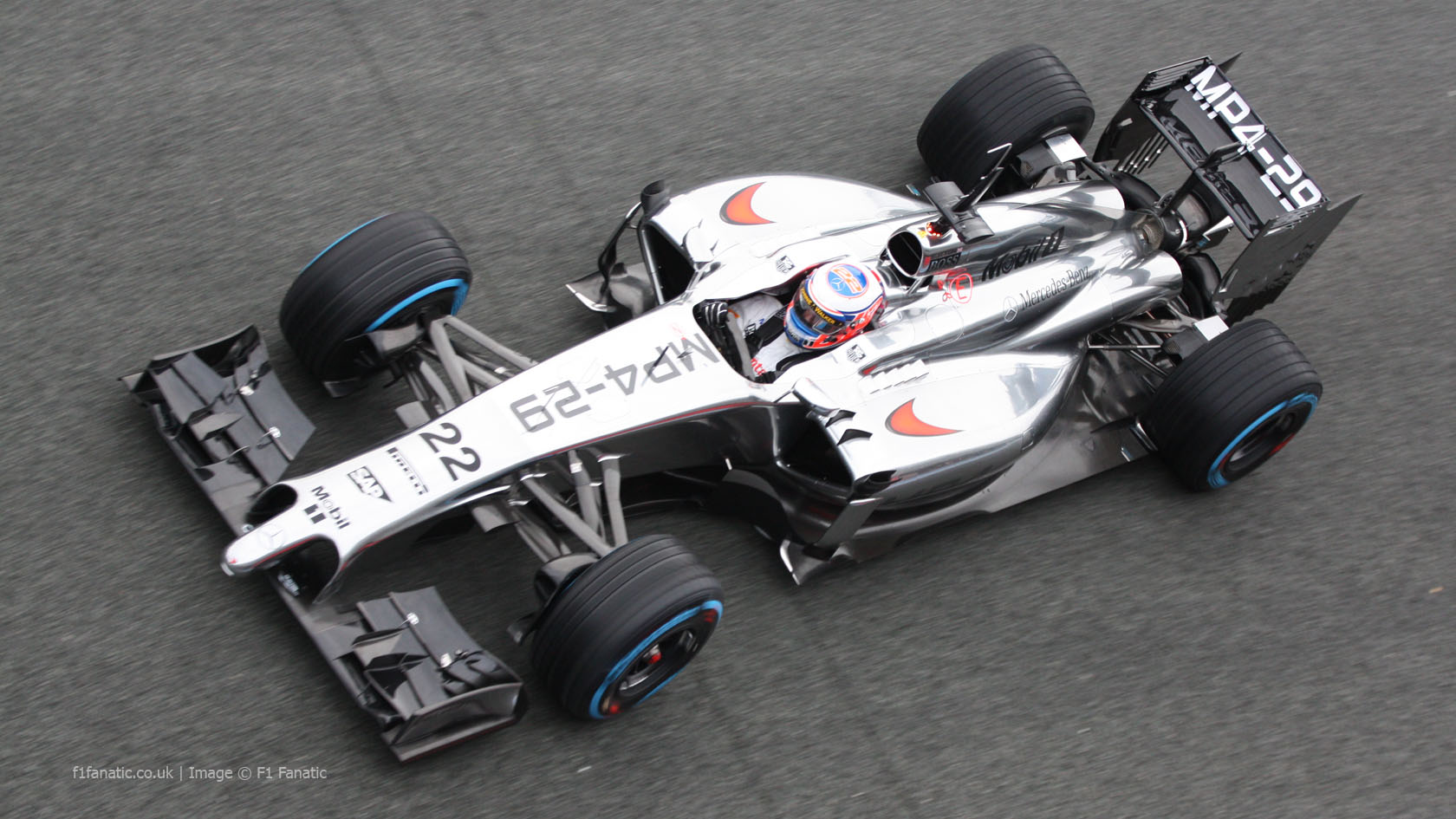 Jenson Button expects F1 teams to recover much of the performance which has been lost with the new regulations by the end of the season.

Button set the fastest time of the test so far in the second day of running today, but was 6.3 seconds slower than the fastest lap seen at Jerez last year.

Button believes by the end of this week’s test drivers will still be over four seconds off the pace seen 12 months ago.

“I don’t know what tyre we used last year, at this point we’ve used the medium so far, which we think is half a second slower than last year’s medium. The cars are also heavier, which is about 1, 1.2 seconds through weight. So that’s 1.6, 1.8 seconds already just on those two changes.

“I think you’ll see people getting down to 22s. But it will still be three seconds off day one, what we did last year. But it was always going to be slower.”

“This is the first test with a very new package,” Button pointed out. “Last year was hardly changed at all in terms of the regulations so the first test we were going to be that quick and improve for the first race but it’s not a massive chunk.”

“Whereas now when we get to the first race everyone’s going to be much quicker. And then three races in there’ll be another chunk in terms of lap time, about a second or something. By the end of the year we might not be that far off.”

Button doubted the new F1 cars might be out-paced by GP2 machines, but said “it will be a lot closer at some circuits”.

“High speed we’ll be quicker but we won’t be that much quicker.”