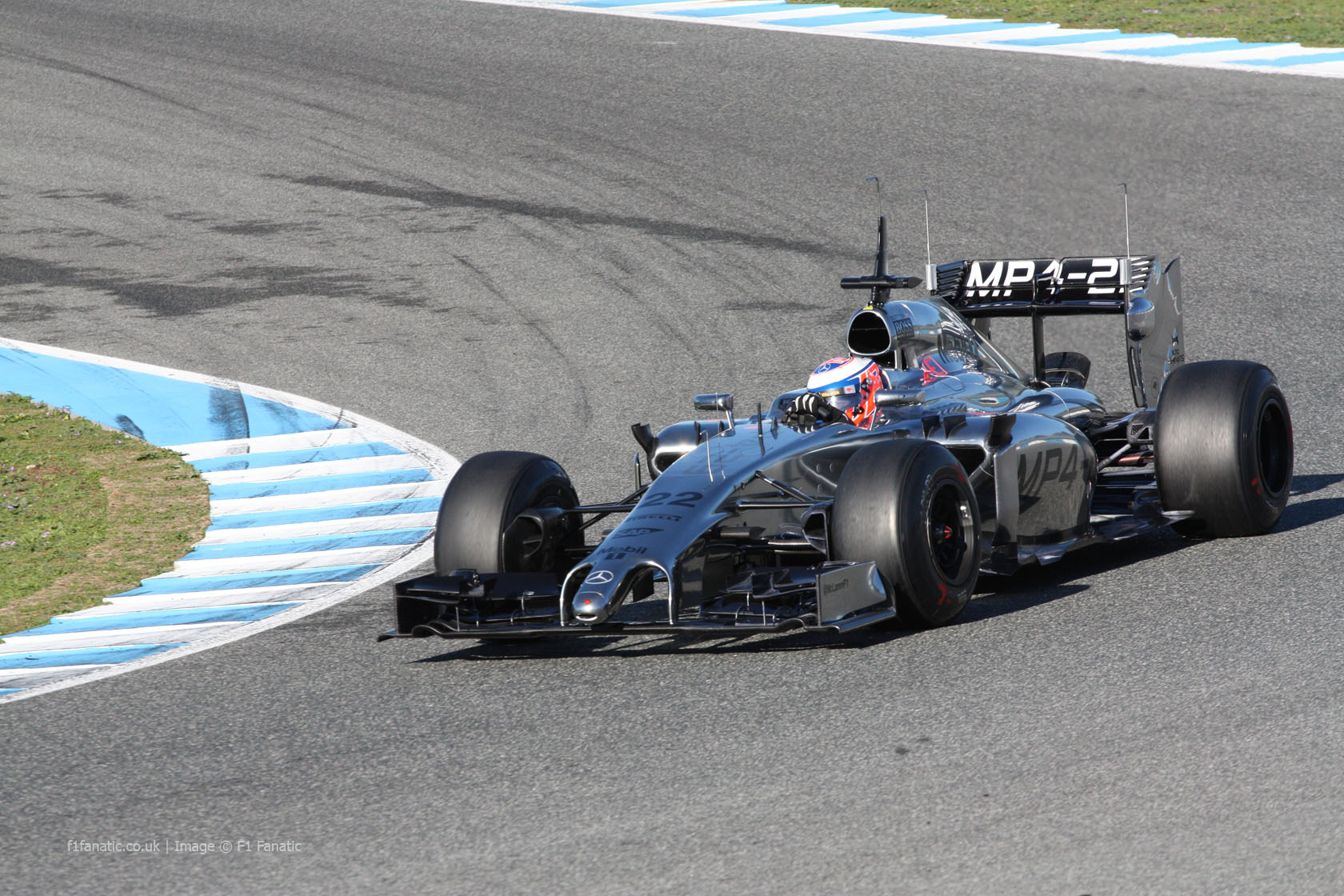 There’s no indication yet McLaren are in danger of repeating their poor 2013 performance, according to Jenson Button.

Speaking to reporters after his first run in the McLaren MP4-29 Button said the team “had our issues that were not going to be easy to solve” at the same test last year.

“At this moment in time we definitely don’t have those issues,” he said.

“The car, basic car itself, is good and it works as you would hope. No scary things. I’m also pleasantly surprised at how you put the power down.”

Button was enthusiastic about the performance of the new Mercedes power unit.

“The power of the engine is awesome,” said Button. “It’s very torquey.”

“It feels the most powerful engine I’ve driven. Obviously it isn’t in terms of outright power but as a racing driver you feel the torque, you feel the power at low-speed, high-speed, throughout the corner, you don’t really feel the difference. But it’s coming out of the corners when you have so much torque it’s exciting.”

“There’s so much more power than we’re used to,” he added. “I think the positive thing is we have the ERS unit to really fill in the gaps.”

“I would say it’s a very driveable engine, and that’s at this early stage. There are moments where you’re part-throttle through the corner where there’s all sorts going on. It’s so different to what we’re used to – we’re used to revs, we’re used to downshifting, everything is normal to us.

“But this is so, so different. With different noises with the turbo, with the wastegate, with the ERS unit doing all sorts.”