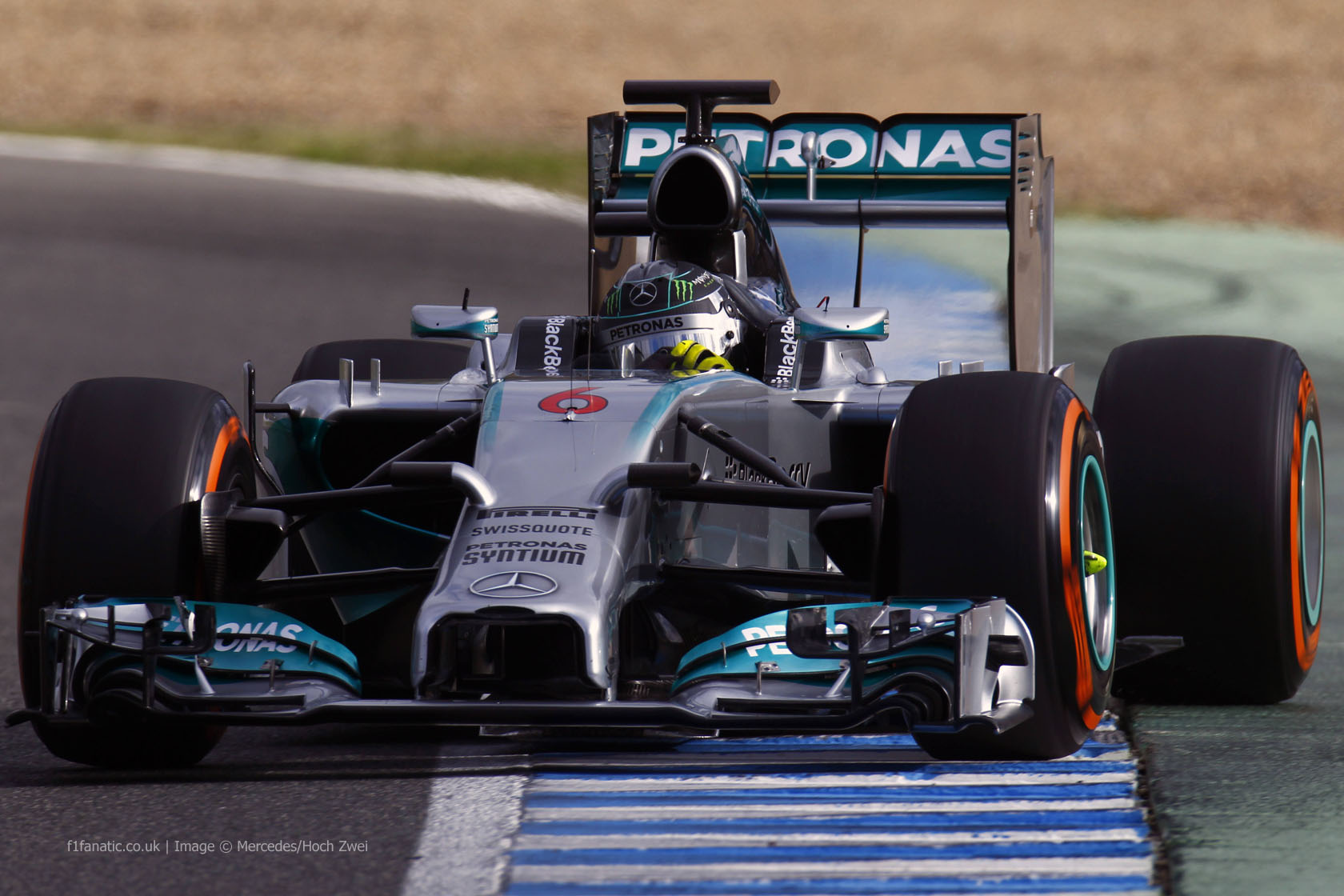 In the last turbo era, reliability was often its own reward. The maxim “to finish first, you must first finish” seldom rang truer than when Formula One teams last grappled with the complexities of high-performance blown engines.

Points were only offered down to sixth place during the eighties and it wasn’t uncommon for there to be only a handful of non-points-scoring finishers.

Cars have become so reliable in recent seasons that teams could almost take it for granted they would finish a race. But at the dawning of this new engine formula that no longer appears to be the case.

Reliability is the first goal for teams at this early stage in the season. And those who achieve it will have an added advantage, as last week’s test in Jerez illustrated.

The mileages logged by F1’s three engines manufacturers varied significantly. Ferrari completed nearly three times as many laps as Renault – but Mercedes did almost twice as much again:

This of course does not include shakedown running completed prior to the test. Mercedes, Force India and Toro Rosso are all known to have run their cars beforehand.

Both Mercedes and Ferrari appear to have achieved a reasonable level of early reliability with their engines. But what made the difference for Mercedes is not so much impressive the out-of-the-box performance of the works team’s W05, but the quality of the contribution made by its three customer teams.

As this graph shows the Mercedes W05 only covered 58 laps more than Ferrari’s F14 T. However Mercedes had more data flowing in from McLaren, Force India and Williams than Ferrari did from Sauber and Marussia – the latter only getting their new car on track late on day three.

McLaren’s recovery from their earlier setback was particularly impressive. Having failed to emerge from the garage at all on day one they almost caught up with Ferrari in terms of total mileage by the end of the test. While having reliability is important enough on its own, it brings with it the added bonus of being able to push their development programme along at a faster rate than Ferrari and much quicker than Renault, who are mired in all kinds of problems with their Energy F1 unit.

Although it would be premature to infer a pecking order among the teams from last week’s test, the lap times give a further indication of Mercedes’ early advantage. All nine Mercedes-powered drivers appear among the top eleven lap times, with just the two Ferrari drivers appearing in the middle of them.

Even taking into account the varying conditions and the wide differences in performance between the different types of tyres (some of which did not carry identifying markings during the test), that pattern is a persuasive sign Mercedes have the early edge on performance as well as reliability.

The next two tests at a much hotter venue will reveal whether that pattern persists in more challenging conditions – and if Renault can bounce back from their disastrous start to the new season.

58 comments on “Mercedes’ reliability gives it the initiative at Jerez”