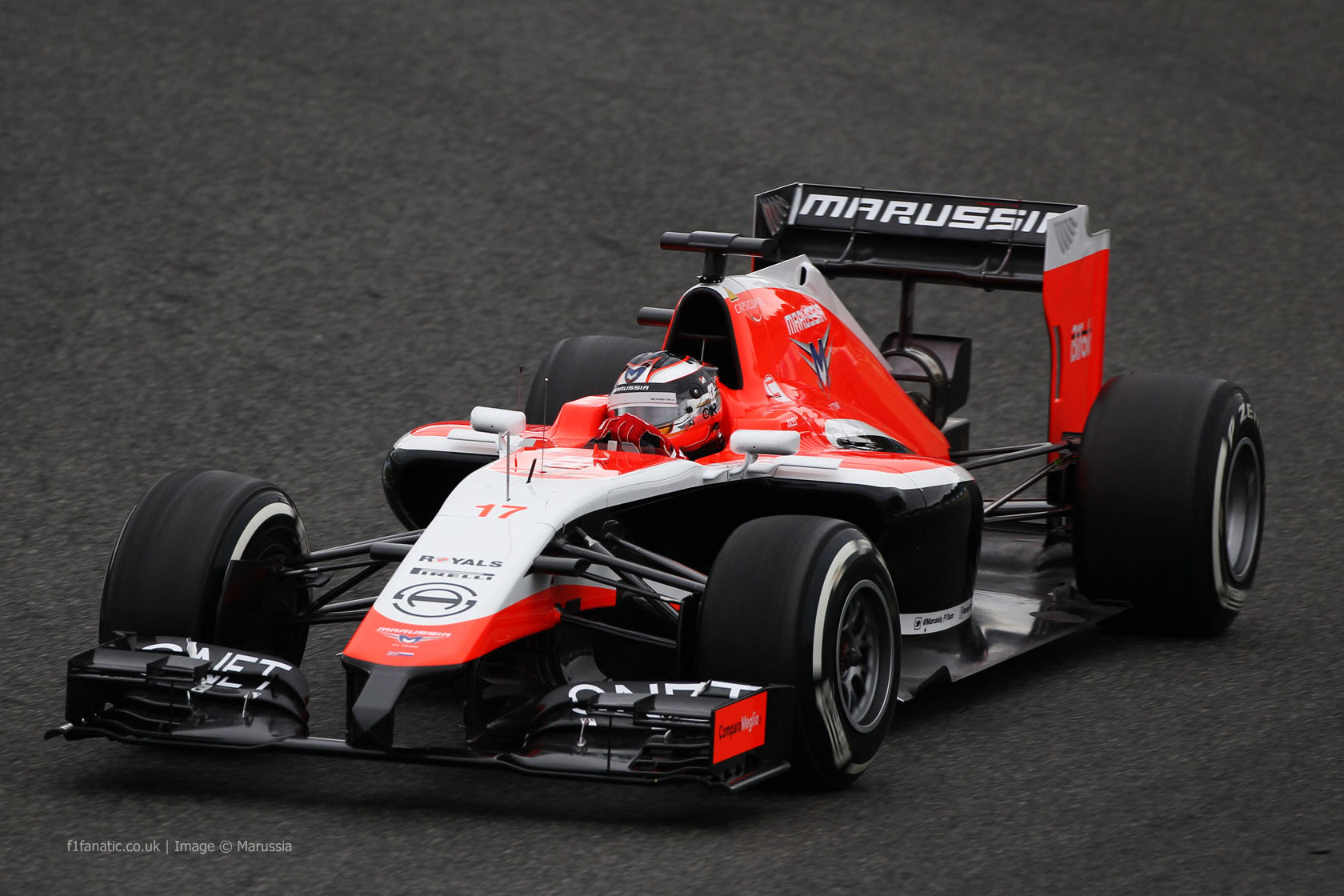 Jules Bianchi says the new generation of Formula One cars are trickier to drive but he is relishing the challenge.

Bianchi drove the Marussia MR03 for the first time on the last day of testing at Jerez, which began on a damp track which remained slippery throughout the day.

“It was not easy, for sure,” said Bianchi afterwards, “but this is why we are here for, you know?”

“We are here for a challenge and we want to be the quickest as possible with what we have. For sure it’s more slippery than last year but it is the same for everyone.”

After 25 laps in the car Bianchi said conserving two types of energy will be a major demand on drivers this year.

“The battery and the fuel is the main difference for sure compared to the other season,” he explained. “Last year you were not managing the fuel as we will do this year so it’s a big challenge and that’s why we want to be well prepared for the first race.”

Marussia have switched to using Ferrari engines this year, who Bianchi already has a relationship with as a member of their driver development programme.

As the team’s new car didn’t appear until the third day of testing Bianchi kept an eye on the other Ferrari-powered runners to assess the engine’s performance.

“We saw that Ferrari engine was behaving well so it was something positive for us,” he said. “They did a great job with the engine, we don’t really know where we are but for sure it’s a pretty good start.”

He added the sensation of driving the new car was unusual because of the different noises from the V6 turbo. “”It’s strange because sometimes you can feel the turbo engaging and this change the noise between the straight so it’s something which you are not used to. But we will get OK after one or two more days’ testing.”