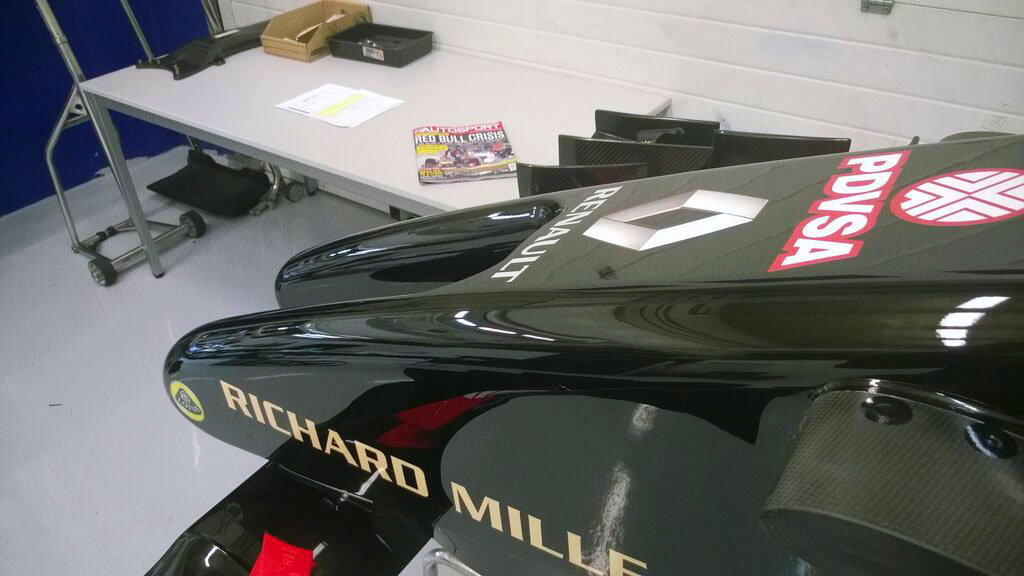 Lotus will give their new E22 chassis its first test today at Jerez.

The last F1 car to make its first appearance will break cover one week after the first test of the new seasons concluded at the Spanish circuit.

Lotus have already issued some pictures from the test including one which shows a new angle on the car’s unique double-pronged nose.