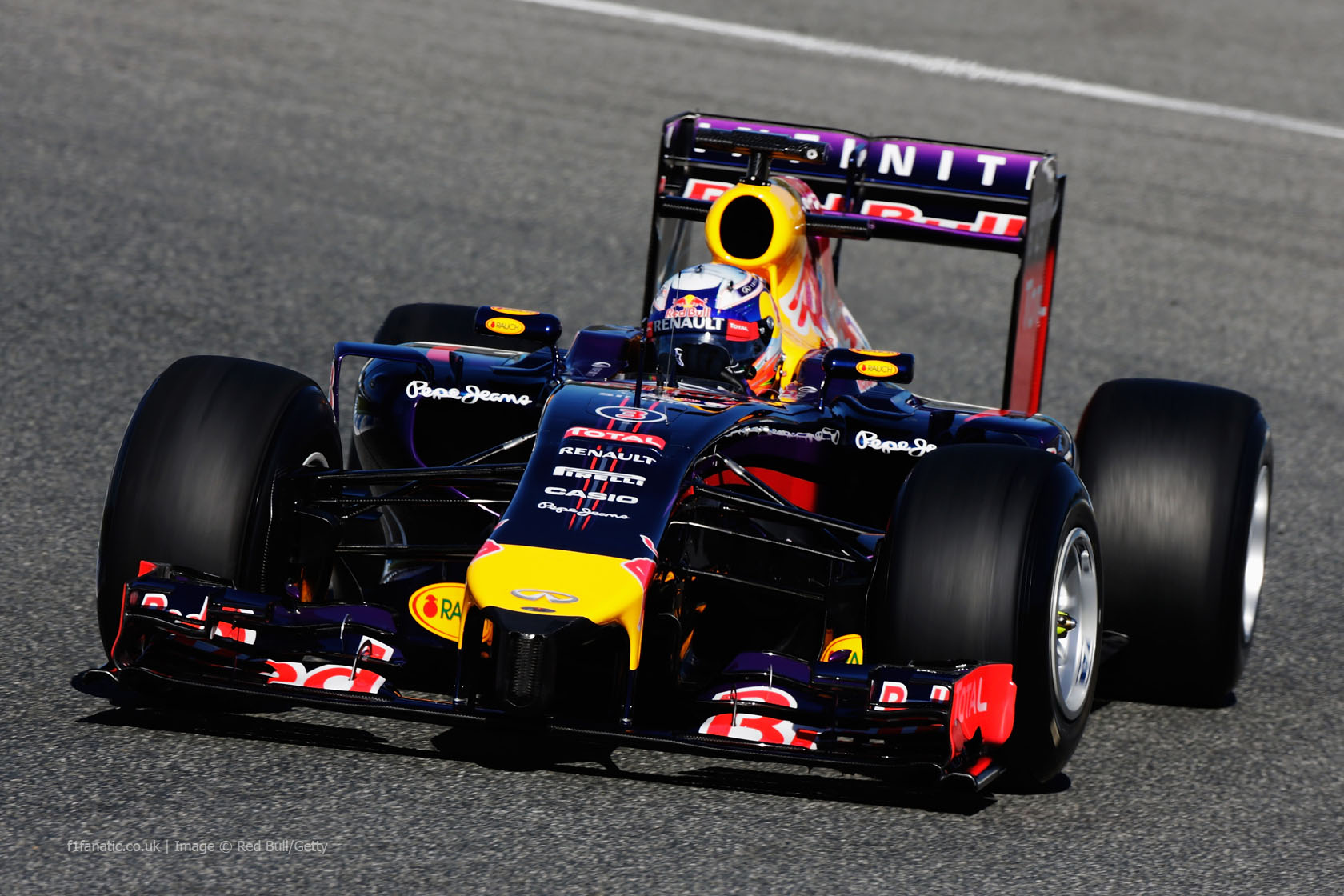 In the round-up: Christian Horner plays down the seriousness of Red Bull’s problems with their new RB10 after an unsuccessful first test in Jerez.

“There’s a few things that we need to tighten up on our side, but nothing major, and obviously Renault have got some issues that they’re tidying up as well but these cars are so complicated little problems can cause big failures.”

“Lotus ran their new E22 car ‘without any major problems’ for the maximum 100km (62 miles) at Jerez on Saturday.”

“The latest [power unit] configuration was deployed without any reliability problems, allowing Lotus to complete the maximum amount of km permitted on a filming day.”

Hamilton has regrets over Di Resta dispute (The Telegraph)

“Anthony Hamilton has expressed his regret at how severely his relationship with Paul di Resta broke down, after the Scottish former Formula One driver and his old manager agreed an out-of-court settlement following a bitter damages lawsuit in which their dispute was publicly examined.”

“It would not surprise me if the title goes to Stuttgart this year. This was the plan from the outset.”

“In a way racing is probably similar in all sports – you always need support. But racing is one of the toughest of all because of the budgets you need to have to make it through the ranks is just incredible.”

An image from @InsideFerrari who've been helping Italy's #Sochi team. Or is it another weird new nose design? #F1 pic.twitter.com/eulTZlwF2G

Fascinating discussions with F1 tech bods re 2014,so much to learn all round. Some info we will want for TV comm the teams don't even have!

Not a strictly F1 reunion but Jean Alesi re-uniting in mid-2001 with the Jordan team with whom he won the 1989 F3000 championship and who were inspired by Alesi’s success to move up to F1 in 1991.

He arrived for the last five races of the season and was more on thw pace of team-mate Jarno Trulli than Heinz-Harald Frentzen who had been in the car all season (and two previous seasons). This coming from a completely different car that didn’t even have power steering, and only crude traction control.
@Montreal95

The forum is still unavailable as work is ongoing.

A very happy birthday to John Surtees who is 80 today in the year which is the 50th anniversary of his world championship triumph.

72 comments on “Red Bull problems are “nothing major” – Horner”