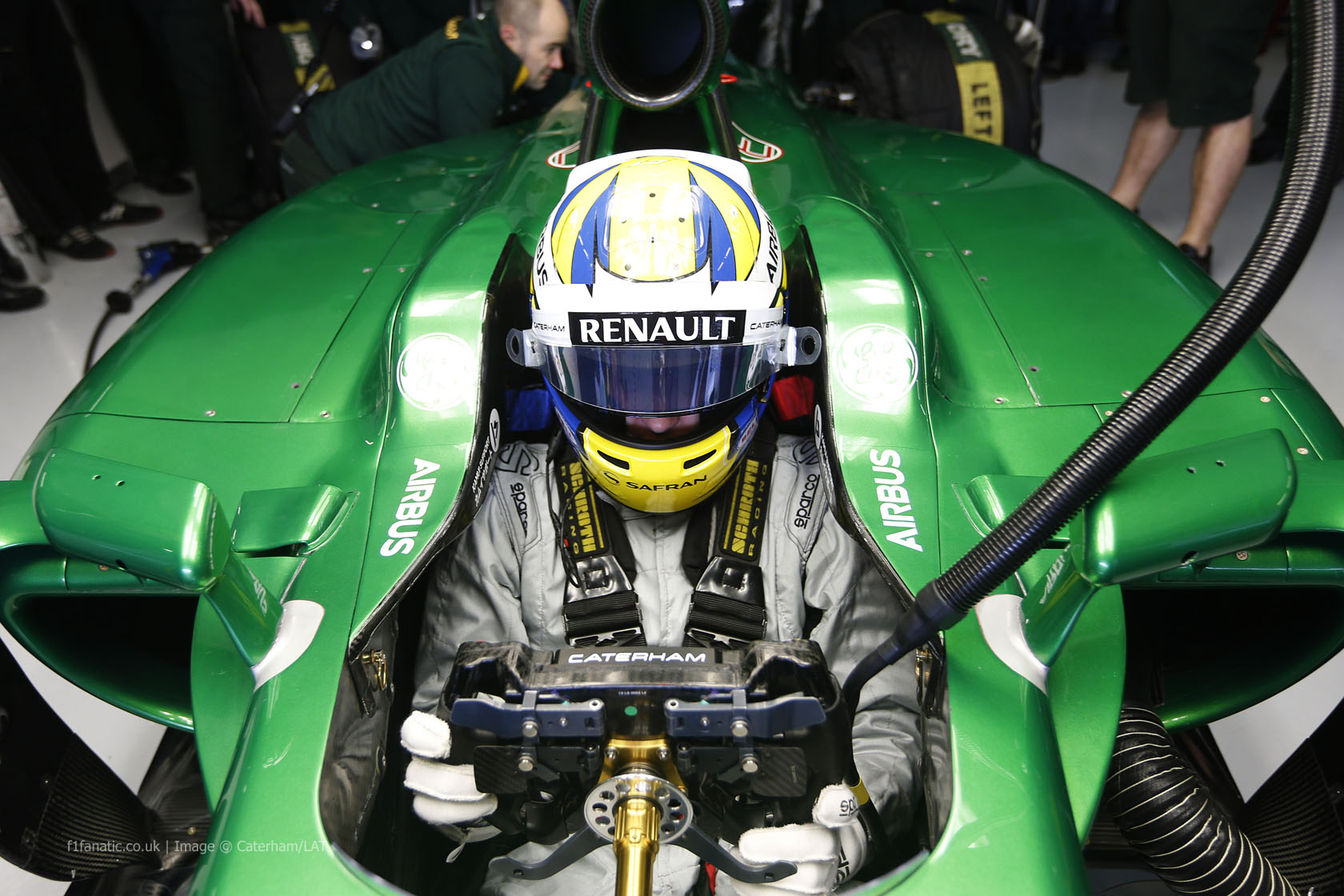 Life in the cockpit of a Formula One car is going to get even more hectic this year as Formula One’s engine revolution puts teams and drivers under greater strain.

Team radio messages give us the best insight into how drivers and teams approach the races and we can expect to hear plenty about the new technology once the season begins in Melbourne.

Here’s a look at what were the dominant themes in last year’s team radio communications and what we can expect will change in the year ahead.

In 2013: With over two dozen dials, switches and buttons on their steering wheels it’s a lot to expect Formula One drivers to keep their cars in the perfect state at all times while also driving it flat-out and jockeying for position. Teams were once able to adjust the cars directly from the pits but those days are long gone, meaning if a setting needs to be changed they have to tell the driver to do it. In 2014: Drivers are going to have even more to keep on top of this year as their power units have become far more sophisticated.

Teams have incorporated display screens into their steering wheels to help their drivers keep on top of energy recovery systems that are more powerful and more complex.

In 2013: F1 teams have always been wary of finishing a race with too much fuel in the car, wasting valuable performance on unnecessary weight. The flip-side of that is sometimes they find they are running short and have to tell their drivers to back off.

In 2014: Expect this to be a much bigger factor in 2014 as teams grapple with a maximum fuel allowance of 100kg per race and a limit on fuel flow rate of no more than 100kg per hour.

Renault Sport F1′s head of track operations Remi Taffin explained what to expect in terms of radio chatter about fuel use: “We won’t call out to change the fuel mixture, instead referencing fuel budget, or the quantity of fuel used per lap.”

“Prior to the race the engineers will decide on the mix between fuel and electricity over one lap and we will have a target – or fuel – ‘budget’ we will need to monitor to ensure we get to the end of the race. The engine engineers will monitor the rate of fuel consumption (both carbon and electric) and the driver will be told over the radio if he is over or under the fuel delta. He will have to manually adjust or alter the style to take this into account.”

In 2013: Unreliability was an occasional problem for some drivers last year. Others – such as including both McLaren drivers – completed the entire season without their car breaking down once during a race. In 2014: This is also likely to change in a big way this year due to the new engine rules and limited pre-season testing time. Last year the car failure rate was an amazingly low 6.7% but many expect it to be much higher this season, particularly at the beginning of the year.

We’re going to hear more disappointed drivers pulling up in smoky cars. And should either of the new Motor Generator Units (Heat and Kinetic) fail, drivers will find they lose much more performance than when their old Kinetic Energy Recovery Systems broke.

In 2013: A first lap rarely seemed to pass in 2013 without someone damaging their front wing. This has been a particular problem since 2009, when front wing dimensions were increased to the full width of the car. In 2014: This year’s front wings have been reduced by 150mm to 1650mm wide. As there’s now less to hit that should mean more drivers make it to the end of lap one with them still intact. But this is still going to be one of the most vulnerable parts of the car.

Those controversial noses are likely to be exposed to knocks as well, though as they’re not major contributors to performance don’t expect teams to be too concerned about re-fitting them. The upshot being a lot of this year’s car’s might look rather better come the start of lap two.

In 2013: One of the most interesting aspects of the increased team radio chatter we have heard in recent seasons is how drivers are coached during races as engineers study the telemetry from both their cars in real-time.

In 2014: Expect this to continue, and again the new engines and the differing skills needed to extract the most from them will play a role.

In 2013: This is Formula One’s equivalent of a footballer complaining about a bad tackle. As race director Charlie Whiting can listen in on the radio chatter drivers seldom miss an opportunity to grass up a rival – even for an incident they aren’t involved in.

In 2013: In a similar vein, complaints about penalties are part of the game these days. In 2014: One of the most frequent causes for dispute last year concerned where drivers had gained an advantage by going off the track. Having seen several of their rivals punished for it last year the competitors have even less excuse for getting it wrong in the first place now. A detail change in the regulation for this year has attracted little comment so far (see below).

In 2013: There were a few major rows over team orders last year and many of other instances of teams manipulating the running order of their cars. In 2014: It was often said during the years of the ban on team orders (2003 to 2010) that if it were legalised again teams could use them in a transparent fashion without fear of punishments. That belief turned out to be false: teams still issue team orders using coded signals such as “Multi 21″ (Red Bull) and “Multifunction strategy A” (Ferrari).

There’s no obvious reason why this might change this year. Though whether Ferrari will dare to make the same demands of Kimi Raikkonen as they previously have of Felipe Massa will be a point of interest.

In 2013: Information overload seems to affect some drivers more than others. During his first season with Mercedes Lewis Hamilton was often heard asking for clearer information from his team. He also asked for the controls on his steering wheel to be simplified as he tried to rationalise the dizzying array of variables modern Formula One drivers have to cope with.

In 2014: It’s not going to get any easier for drivers in this respect in the year ahead. Expect a few more cries of “don’t talk to me in the braking zones”.

In 2013: Despite being the star driver of Formula One’s most famous team, relatively little was heard of Fernando Alonso’s radio messages at most races last season. That may partly be to do with his tendency to converse in Italian.

In 2014: Teams and drivers are not required by the rules to speak in a particular language on the radio. So if it suits Ferrari and Alonso to carry on using Italian – whether that’s because it’s Ferrari’s native tongue or just because it makes life more difficult for their rivals – don’t expect that to change.

In 2013: If one subject dominated team radio chatter in 2013 it was this. Rare were days when tyres didn’t need nursing, sometimes to extremes.

In 2014: The power delivery of the 2014 turbo engines is likely to put greater stress on the rear tyres. Taking that into consideration, Pirelli have produced more conservative rubber.

To race or not to race?

In 2013: One of the most aggravating aspects of modern F1 is the spectacle of drivers declining to defend or attack their rivals because they’re too concerned with looking after their tyres.

What are you expecting to hear more or less of on the team radios this year? Have your say in the comments.