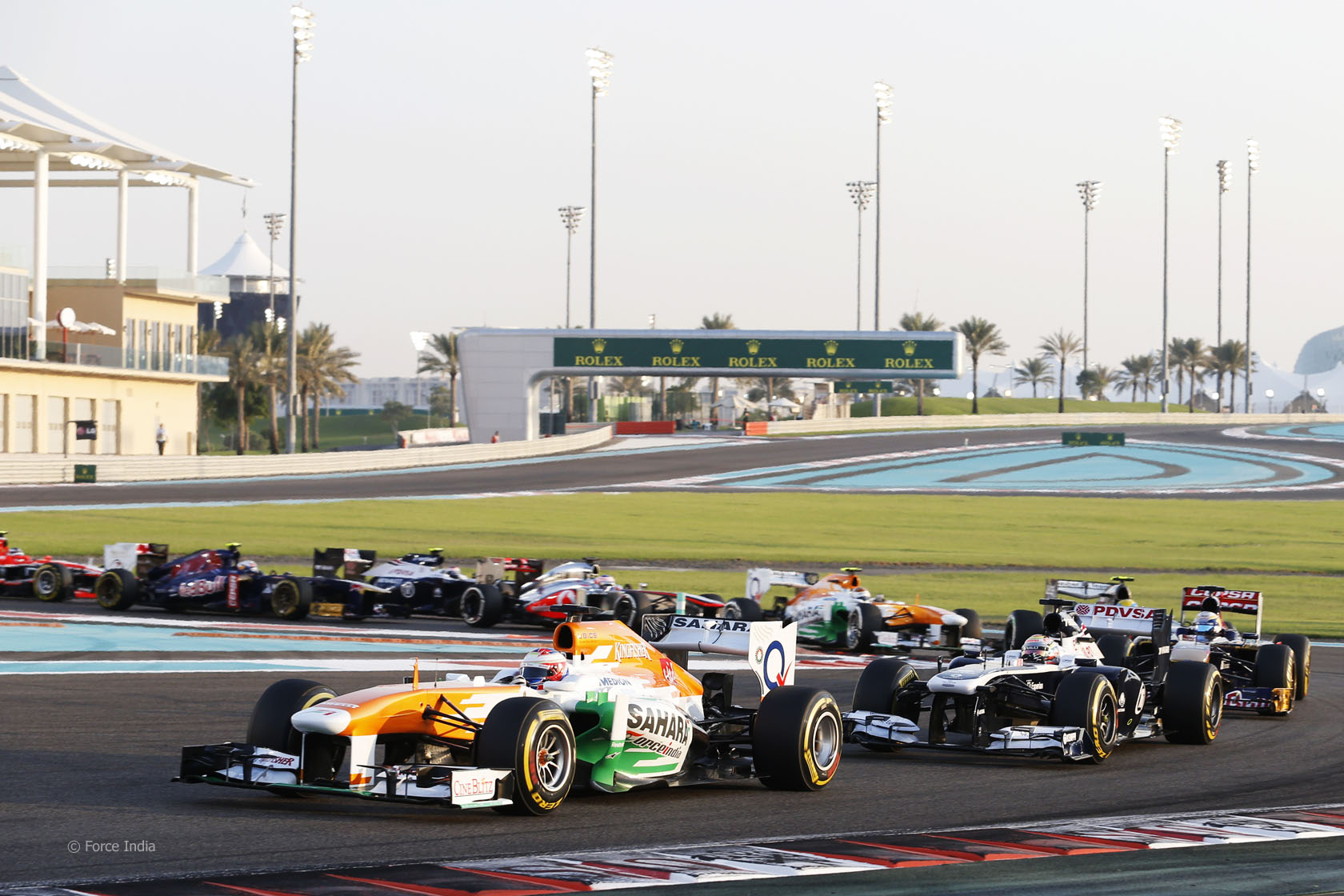 In the round-up: The Formula One Teams’ Association is at risk of collapsing.

Teams’ association on the brink (The Telegraph)

“Sources at FOTA, which was originally set up in 2008 as a means for collective bargaining for the teams, but now only counts seven out of 11 teams among its members, said it is suffering ‘substantial’ financial problems, and had until the end of the month to determine whether the body has a future.”

“The man who was Daniel Bruhl’s stunt double in the film Rush has been killed in a car accident in Italy.”

F1 will not be much fun in 2014, says Jacques Villeneuve (The Guardian)

“I think it was wrong to take the decision to slow F1 down. It was much better in my day, when it was already a lot safer than it had been in the 70s and 80s but you could still drive crazy fast.”

There were turbo days with over 1000 horsepower and now we’re down to ridiculously low horsepower. I don’t know, I really don’t get it. They’re barely faster than GP2 and they have a hard time beating our lap times from 1997 so something is wrong.

Skill not diminished in 2014 – drivers (Autosport)

“As a driver there is more to learn and a lot of stuff to do. The workload on the steering wheel will be more.”

“A policeman in Bahrain has died of wounds from a bomb blast during protests marking Friday’s third anniversary of the country’s uprising.”

One of the sillier Caption Competitions we’ve had yielded some excellent suggestions from Robbie, Neil, RFB, Ninjenius, John Sertori and Alex Brown.

However I picked this from Daniel Thomas (@IAmDanThomas) as the winner: Jean Behra was born on this day in 1921. The French driver was faithful to his compatriots at Gordini for several years before moving to Maserati’s works team in 1955. The following year he was a regular podium visitor but victory in a world championship race persistently eluded him.

That was his best-ever season, yielding fourth in the world championship. He slipped to seventh the following year, then moved on to BRM. He was called up by Ferrari in 1959, the Scuderia finding itself seriously short of drivers, but after just three races he had fallen out with team manager Romolo Tavoni and was fired.

Undeterred he showed up at the German Grand Prix with a self-entered Porsche for the grand prix. He also entered the support race at the daunting, high-banked AVUS track and it was there disaster struck. He lost adhesion on the banking in the wet race, struck a flagpole and sustained fatal injuries.