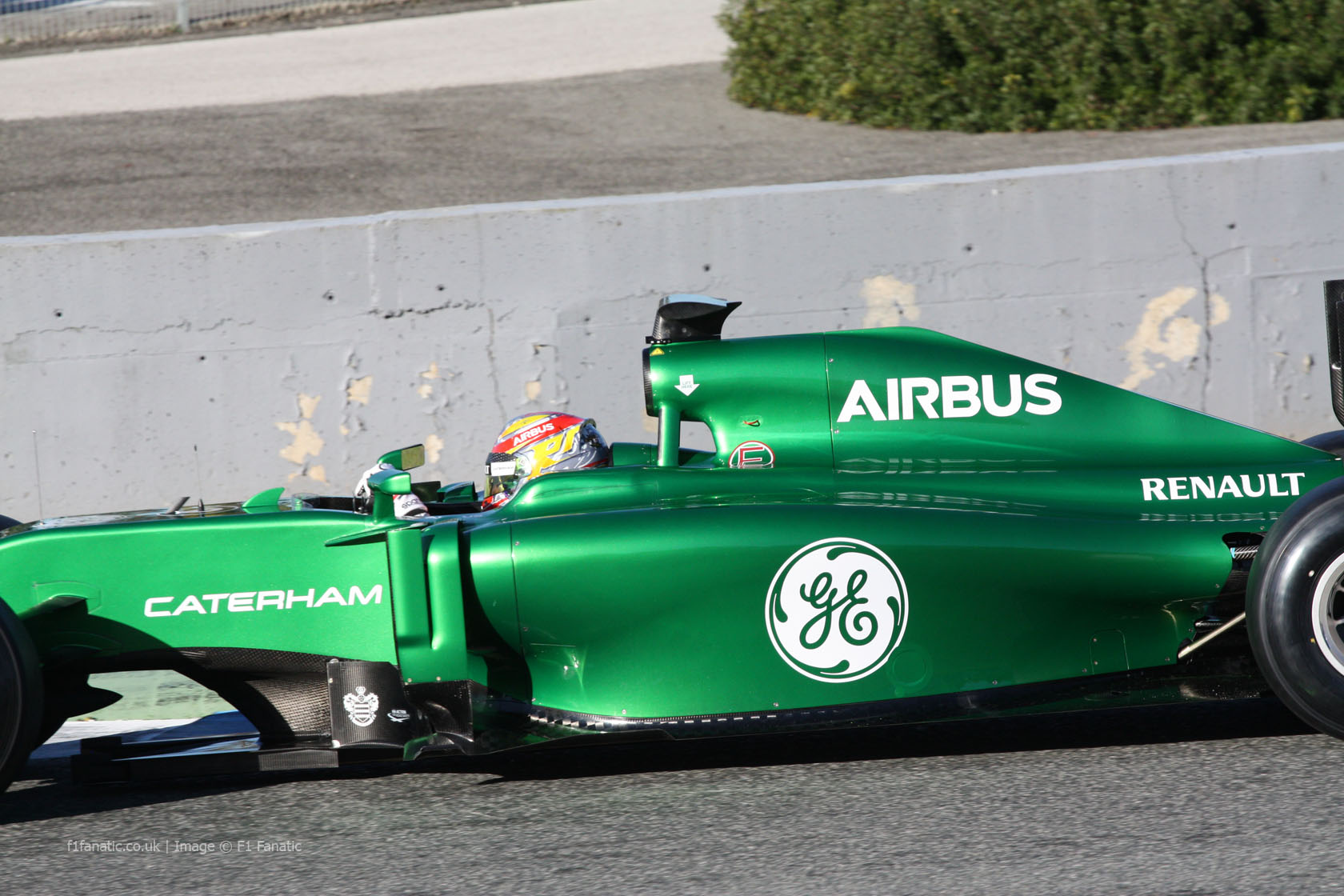 Romain Grosjean will be the first of Lotus’s drivers to get behind the wheel of the new E22 in an official test session as the team makes a belated start to its pre-season programme.

Grosjean will drive the car on the first two days of the four-day test which starts in Bahrain tomorrow before handing over to Pastor Maldonado.

It will be race drivers only for most teams at the test – with one exception. Caterham with give Robin Frijns another day at the wheel of their CT05 on the first day of the test.

The 2012 Formula Renault 3.5 champion covered ten laps for the team at Jerez but was unable to set a lap time due to teething troubles with the car.

Sebastian Vettel will lead Red Bull’s attempt to get their pre-season preparations back on track as he does the first two days of running in the RB10.

A Williams spokesperson said their driver line-up would be confirmed on the first day of the test.