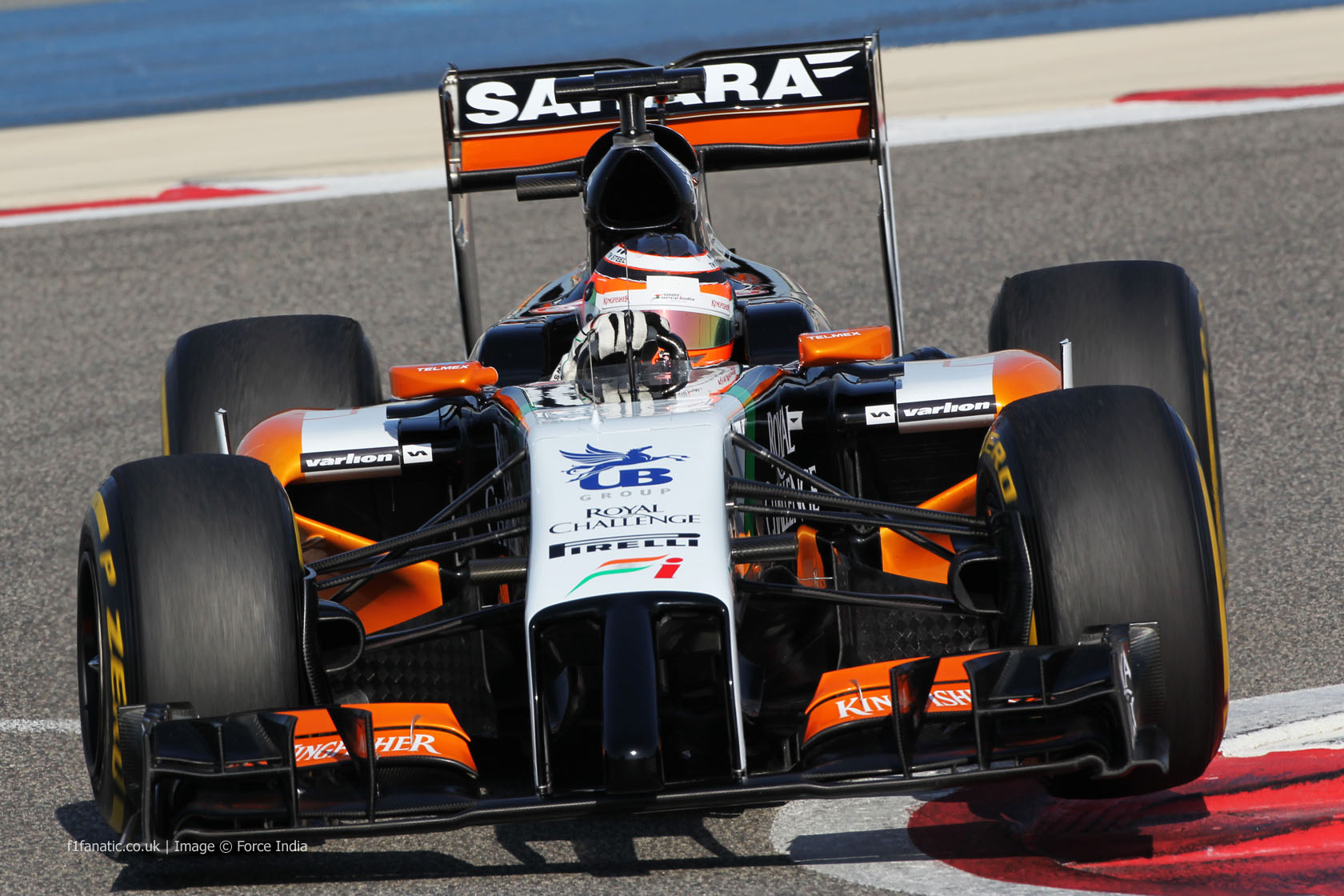 Force India led the way as testing resumed at the Bahrain International Circuit.

The Mercedes-powered team headed the first day of the second test as driver Nico Hulkenberg lapped within a tenth of a second of last year’s fastest lap at the Sakhir track.

The test got off to a delayed start which led to its conclusion being postponed by half an hour so teams could have the full eight hours’ running.

Soon after it began Fernando Alonso came to a stop on the circuit in his Ferrari, which had trailed smoke in the pit lane.

Once the session got underway again proceedings continued uninterrupted until Adrian Sutil caused the second red flag of the day in his Sauber some three hours into the test.

Most of the cars had appeared on the track during that time with one significant exception – Sebastian Vettel’s Red Bull, prompting further concern over the reliability of their new car. Vettel eventually did join the track but caused another of the day’s red flags, as did fellow Renault user Daniil Kvyat in his Toro Rosso.

Vettel managed just 14 laps by the chequered flag but four drivers did even fewer than that. Once of them was Kvyat, who managed only five. Romain Grosjean managed just eight laps in Lotus’s new E22 in its first run at a public session.

Caterham were again the only Renault-powered team to cover a significant mileage, Robin Frijns covering 68 laps during the day. Meanwhile two teams failed to set a time at all.

Felipe Massa, who ended the last test quickest for Williams, covered five laps before his day was curtailed by a fuel system problem. Marussia, meanwhile, blamed an IT problem for Jules Bianchi completing just three laps.

89 comments on “Hulkenberg heads test as Renault struggle goes on”