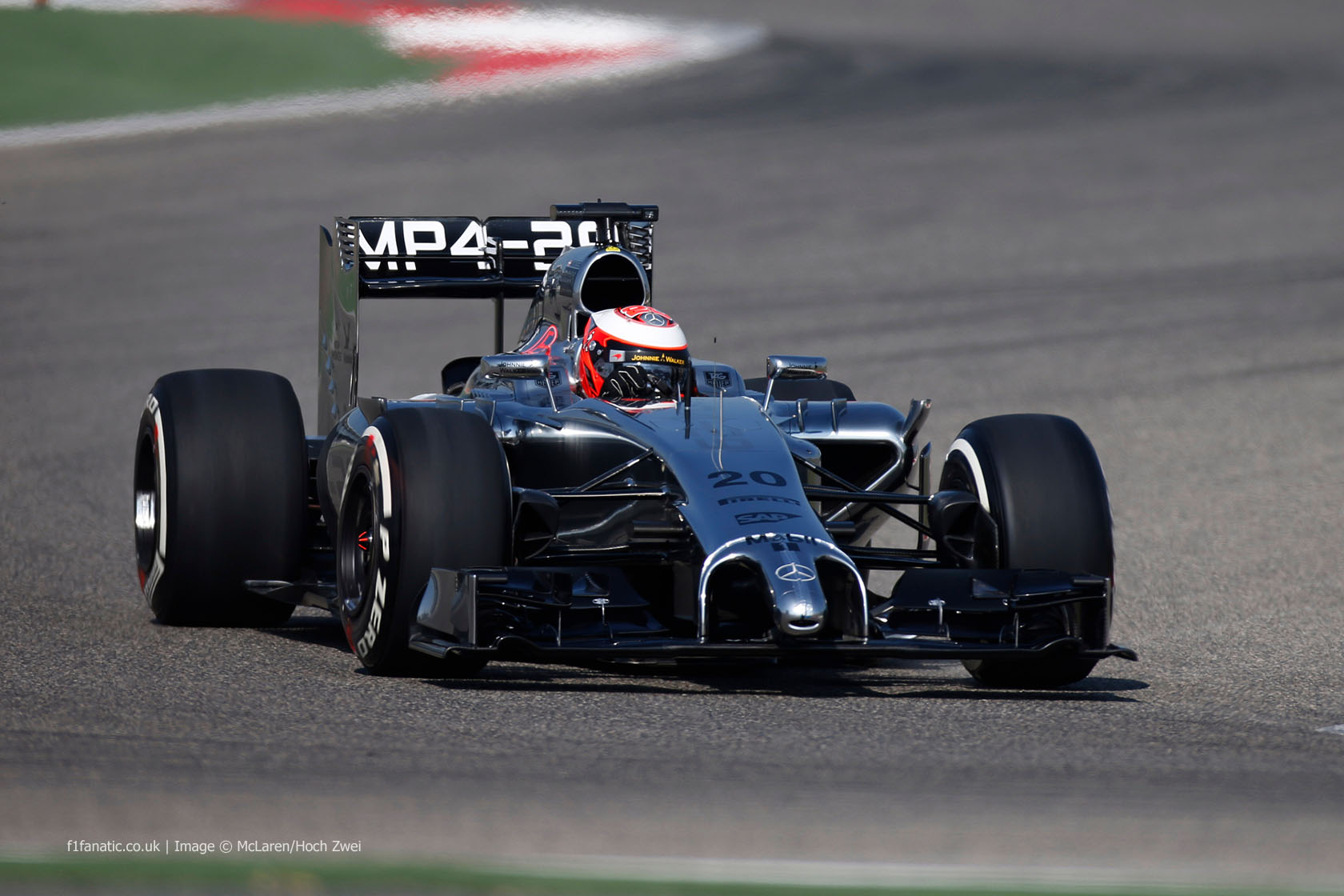 A Mercedes-powered car headed the lap times for the fifth consecutive test day in a row at the end of today’s running in Bahrain.

Hulkenberg was second-quickest ahead of Ferrari’s Fernando Alonso, who backed off after setting quick sector times on more than one occasion during the test.

Having completed very little running on day one of the test Williams were back up and running today, Valtteri Bottas racking up the most laps with 116.

There was some encouragement for the Renault-powered teams who had a slightly more productive day. As the teams reach the half-way point in pre-season testing Renault have been on the back foot in terms of mileage but today Red Bull and Toro Rosso both manaed over 50 laps each.

Jean-Eric Vergne caused one of the day’s red flags in his Toro Rosso while Nico Rosberg stopped twice in his Mercedes. Esteban Gutierrez was responsible for the fourth and final red flag of the day.

The new Lotus E22 was only seen on track for 18 laps during its second day of public running. Marussia also continued to suffer teething problems with their car – 17 laps for Max Chilton mean they have only done 20 over the first two days of this test.