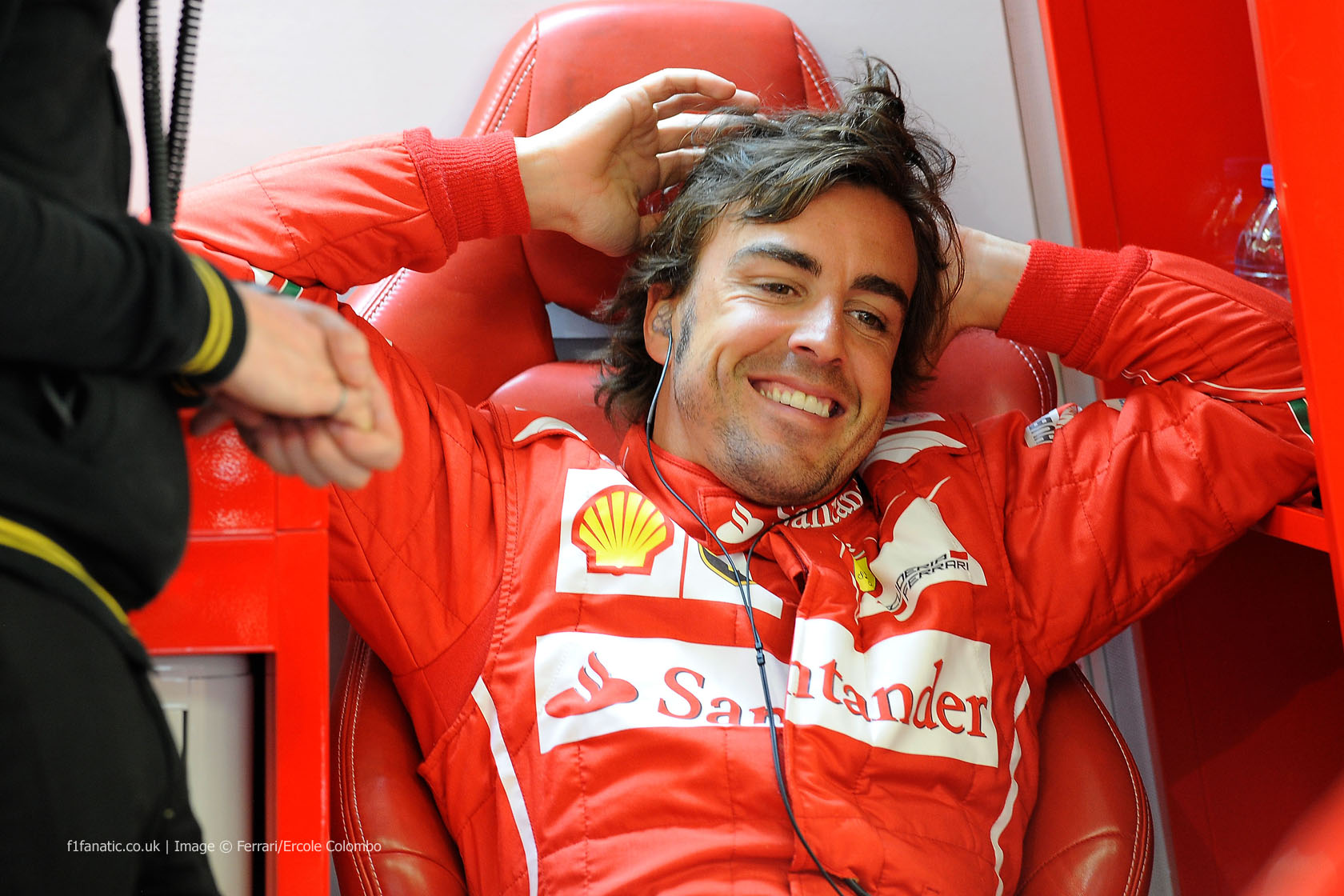 Fernando Alonso believes the Renault-powered teams will be competitive by the first race of the season in Australia.

Red Bull, Lotus, Toro Rosso and Caterham have endured a difficult start to the year due to numerous reliability problems with their engines. However there were signs of improvement on the sixth day of pre-season testing yesterday as they were able to complete more laps.

Alonso, who won the drivers’ championship twice while racing for Renault’s factory team in the mid-2000s, expects them to solve their problems quickly.

“We can say the Mercedes powered cars are competitive, and we can say we are competitive, but I’m sure that at the first race, the Renault runners will also be there,” he said after concluding his participation in the second test in Bahrain.

“This is only a test and we won’t get a picture of the hierarchy until we are on track for the first grand prix in Australia.”

Although Ferrari had covered more laps in testing than any team bar Mercedes as of yesterday, Alonso remains wary about the threat of unreliability.

“It’s hard to know what could happen in the first part of the season,” he said. “Reliability will be vital and I dare say that in the first races, getting to the finish will mean you have got a good result.”

“However, there has been so much work done at Maranello that we can definitely aim for that.”

Ferrari arrived in Bahrain still concentrating on reliability but Alonso says they will be seeking lap time improvements in next week’s test. “There are still some small problems which we must try and resolve, just like when you buy a new domestic appliance, but that’s to be expected, given the radical new design.”

“But every time we go out in the car, it gets easier and confidence grows and that’s why I think the most crucial test in performance terms will be the next one.”