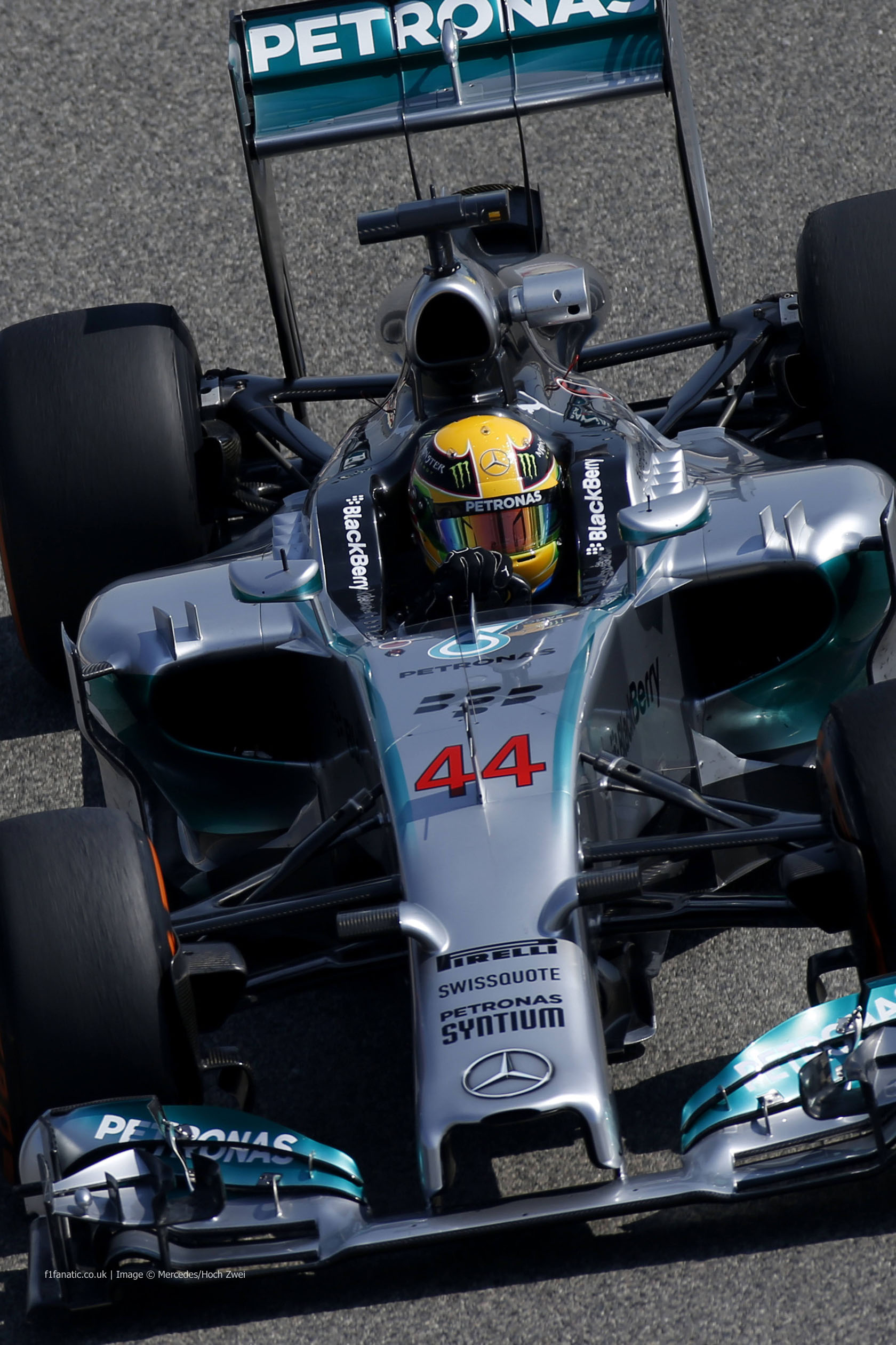 Lewis Hamilton headed the times on the third day of testing in Bahrain as Mercedes-engined cars filled the top three places.

The 2008 world champion took seven tenths of a second out of the quickest time of the test so far, posting a 1’34.263 in his W05. Fellow champion Jenson Button was second for McLaren ahead of Felipe Massa’s Williams.

Button was the busiest driver on the track, completing over 100 laps. The two Williams drivers shared the FW37 as the team performed live pit stop practice, leading to Valtteri Bottas covering 55 laps without setting a time.

But Red Bull’s running came to an early end after 28 laps when they discovered a mechanical problem with the RB10 at lunchtime. “Because of its nature it means we have to take the car apart,” explained race engineering co-ordinator Andy Damerum.

“As everyone in the pit lane is finding out this is a long process, so we decided to suspend running in the afternoon so that we can be ready for the final day.”

It was another frustrating day for Marussia, who have completed the fewest laps of all the teams in testing so far apart from Lotus. Max Chilton came to a stop soon after leaving the pits early in the day, causing the first of three red flags.

The other two were caused by Pastor Maldonado, whose Lotus broke down twice on his first full day in the car.

Among the other teams to suffer problems were Ferrari – Kimi Raikkonen’s car experiencing a telemetry problem – and Force India, who had battery trouble on their VJM07.