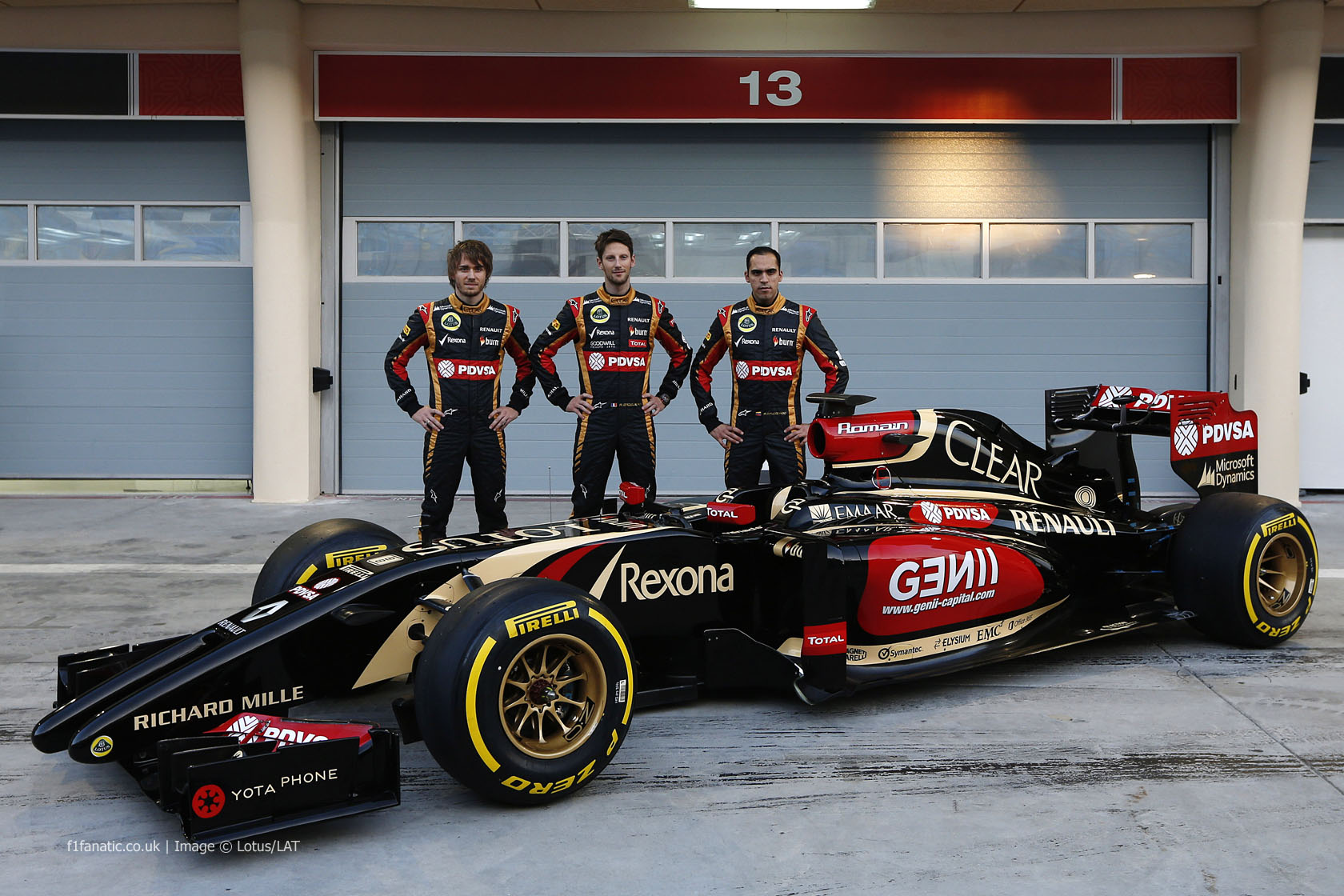 Lotus have hired former Caterham racer Charles Pic as their third driver for the new season.

Davide Valsecchi, who was Lotus’s third driver last year but was passed over when the team needed a replacement for Kimi Raikkonen, has not been retained.

Pic said he expects it will be “frustrating” to be on the sidelines this year after two seasons of racing for Marussia and Caterham.

“My role this year will be new and different from the previous two seasons when I was a race driver and it was very clear what I had to do, which was to optimise my own performance,” he sauid.

“This year as a third driver my role will be to help the team to enable Romain [Grosjean] and Pastor [Maldonado] to attain the team’s targets and deliver the best performance on track.”

However Pic said he was pleased to be joining a team which has been closer to the front of the grid: “Working with a top team is the next step in my development and I think I will learn a lot from this.”

“I’m happy with my progress from my first two seasons in Formula 1 and at 24 I still have good potential for the future.”

Pic said the E22 “looks like an exciting car, and certainly not the ugliest out there”.

“What matters is how it performs on track so the eight days of testing in Bahrain are important,” he added.