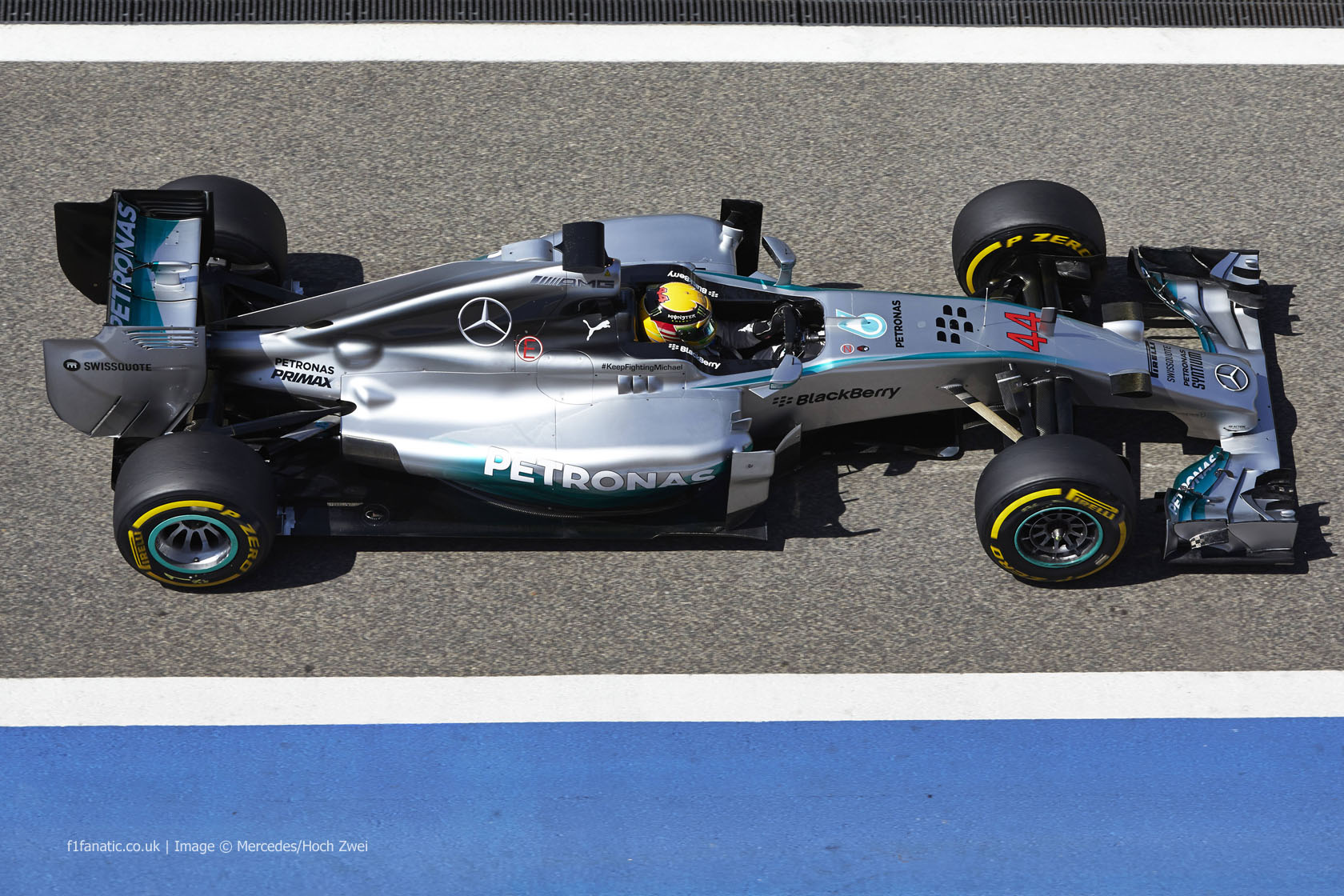 The heat of Bahrain was expected to prove more of a challenge for the teams as they adjust to their new 2014 cars and engines.

But it didn’t put the four Mercedes-powered teams off their stride. Together they have now covered over 10,000 kilometres in testing – more than their seven rival teams combined.

And the early indications are they’ve been able to translate that extra running into extracting more performance from their cars. The top five quickest drivers in this weeks test at Bahrain were all using Mercedes power.

Although the Ferrari team has covered a decent amount of mileage, their smaller engine customer team line-up has contributed much less to their total. Marussia have covered less than a full grand prix distance in six days of running after a series of problems.

And while Renault appeared to be making incremental progress earlier in the test, the final day was a disappointment as their four teams averaged less than 30 laps each.

Here are the total mileages by engine manufacturer and by team, as well as the fastest times for the first Bahrain test by driver.

Four more days of testing in Bahrain remain before the first race of the 2014 season. Ferrari have already indicated they will make a push for performance at that last test.

Are Mercedes really as far ahead as they look? Do you expect Ferrari to close the gap at the final test? And just how bad will things be for Red Bull and the other renault teams in Melburne?