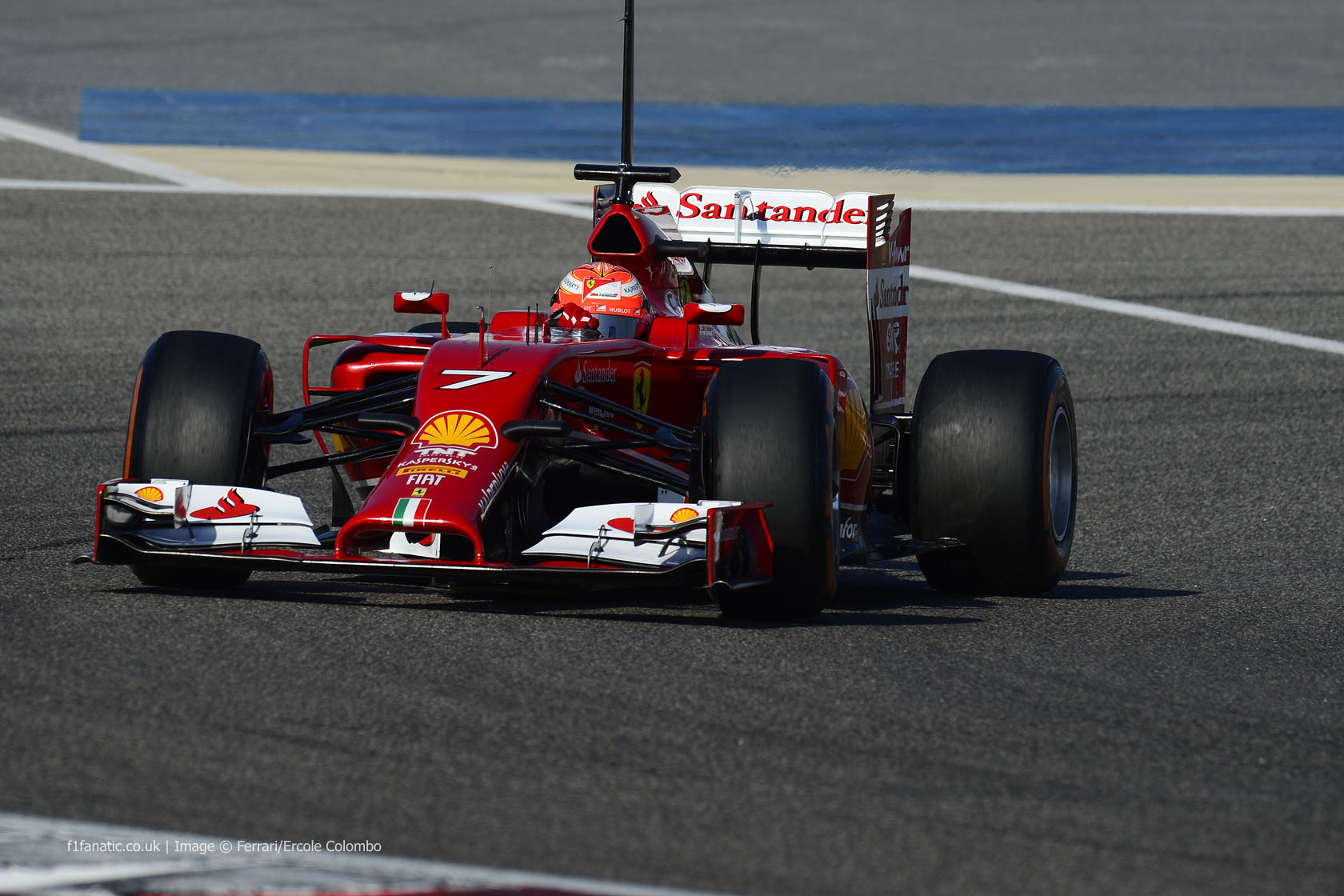 Ferrari will get closer to the true potential of their F14 T in the final four-day test in Bahrain this week, according to technical director James Allison.

Rivals Mercedes conducted a performance run on the final day of the previous test which left Nico Rosberg over three seconds quicker than either of the Italian team’s drivers.

But Allison said they will push their car harder over the final four days of running before the first race of the year.

“For the last four days, our programme will see us attempt to operate the car ever more closely to the way that it will run in a race, providing invaluable practice for the drivers and subjecting the car and all its systems to the full rigour that it will need to withstand throughout the season,” said Allison.

The team had arrived in Bahrain with a “huge list of actions that we must complete”, he said, and achieved largely trouble-free running apart from an interruption on Friday morning.

“We worked on learning how to get the best from the 2014 clutch and on tuning the new brake by wire system,” Allison explained. “We looked in detail at balancing the temperature of all the cooling fluids, a key part of this year’s rules, and we began gradually expanding the operating window of the new Energy Recovery System.”

“We have been able to start to open up our understanding of the handling characteristics of the car and to begin to learn what sort of set-up parameters the tyres respond to. Continuing with this work will be an important part of the programme over the last four days here in Bahrain.”