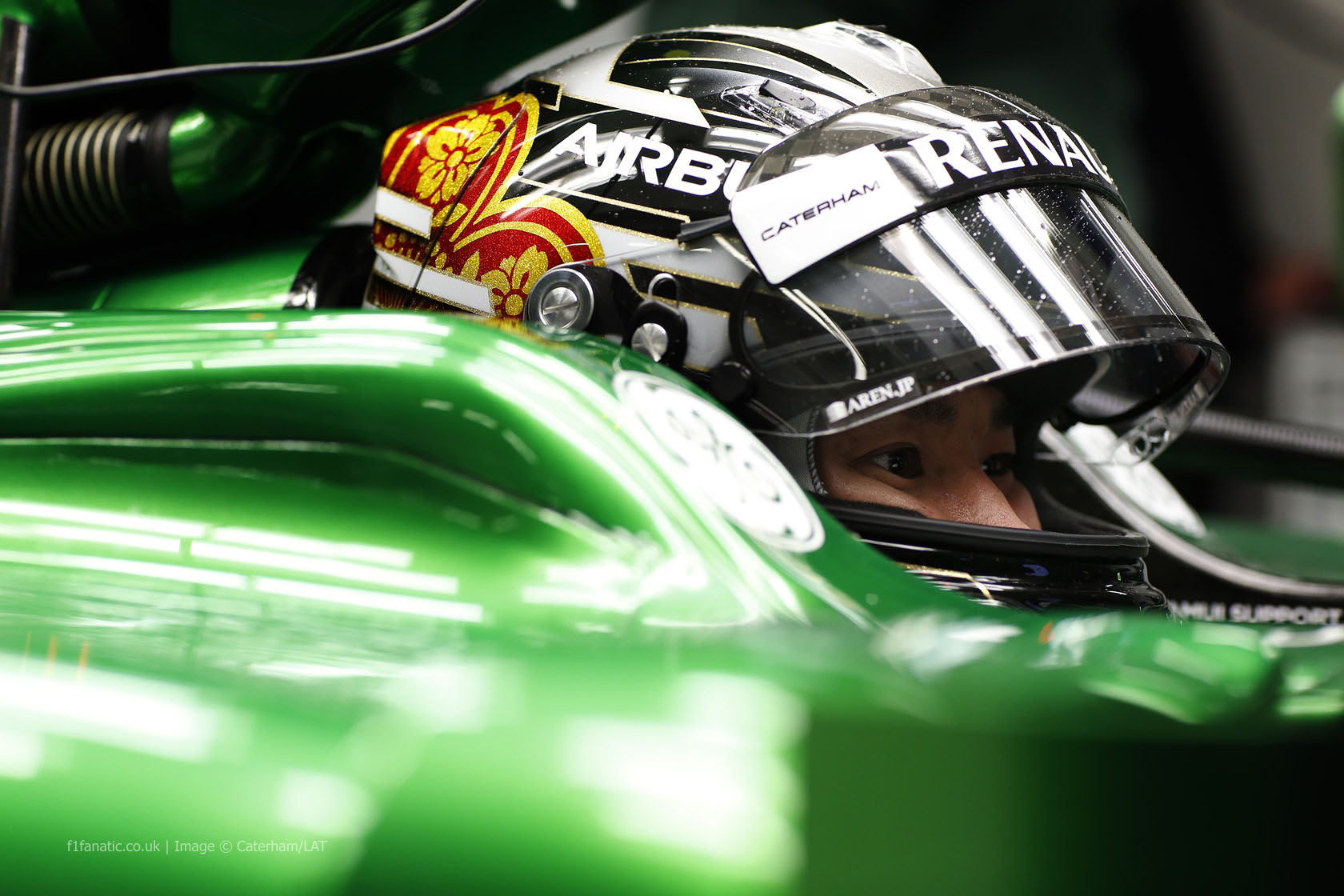 In the round-up: Kamui Kobayashi said he would be more competitive in a GP2 car instead of his Caterham given their testing performance so far.

Jenson Button: I finished the grand prix distance, but in testing it’s relatively easy to do because you just drive around really slow. I think we are all going to find it tricky and there is a lot of fine tuning that’s needed from everyone.”

“Our aim is to have it done 90 days before the grand prix.”

“It’s freakish because he wasn’t even going at speed. He was going slow. It was just bad luck.”

“Schumacher’s manager Sabine Kehm, who has acted as a spokesperson for Schumacher and his family throughout the ordeal, has confirmed that the situation remains ‘unchanged’ and has stressed the importance for patience with what can be a very lengthy process.”

Why has it taken so long for women to break into F1? (The Telegraph)

Alice Powell: “It is talked about that women are not fit enough to drive in Formula One. We may not be as strong as men initially (we naturally have 30 per cent less muscle); however, it does not mean we can’t work to be race fit. It just means we have to work that bit harder on building our strength and stamina.”

The demise of FOTA (MotorSport)

“It is not by chance that Red Bull is far from the most popular team in the paddock. Many blame Dietrich Mateschitz’s outfit for the sad, powerless, predicament in which they now find themselves against the cold heart of CVC. That said, it was not only Red Bull who were bought off by Ecclestone.”

Here is how the F14 T sounds! (Ferrari via YouTube)

Almost two months on from Michael Schumacher’s skiing accident which has left him in a coma, former Formula One medical delegate Dr Gary Hartstein made some criticisms of the Schumacher family’s approach regarding media coverage. Several comments took issue with his stance:

It’s Corinna, Gina-Maria and Mick who are suffering the most. It’s not a question of Michael’s celebrity status here when his life is in such a precarious position.

Hartstein might feel it is necessary to the fans that the family speak out, but it’s his own private take on this, he shouldn’t be airing those, it only adds more pressure on Michael’s family.

I am a huge fan of Michael’s, and everyday there’s a dark corner in my mind which reminds me that Michael is fighting for his life. But I do not wish to make things any worse for the family, if they don’t want to come out and talk it’s their wish, and nobody should have any say on the matter otherwise.
@Wsrgo

Happy birthday to Robert La Caze, the only F1 driver to compete with Moroccan nationality. A highly active member of Morocco’s motor racing scene, La Caze was invited to compete in its sole world championship round in 1958. He made his only start in an F1 race driving an F2 Cooper, finishing 14th overall and third in the F2 class. He is 97 today.

61 comments on “Kobayashi’s Caterham ‘slower than a GP2 car’”