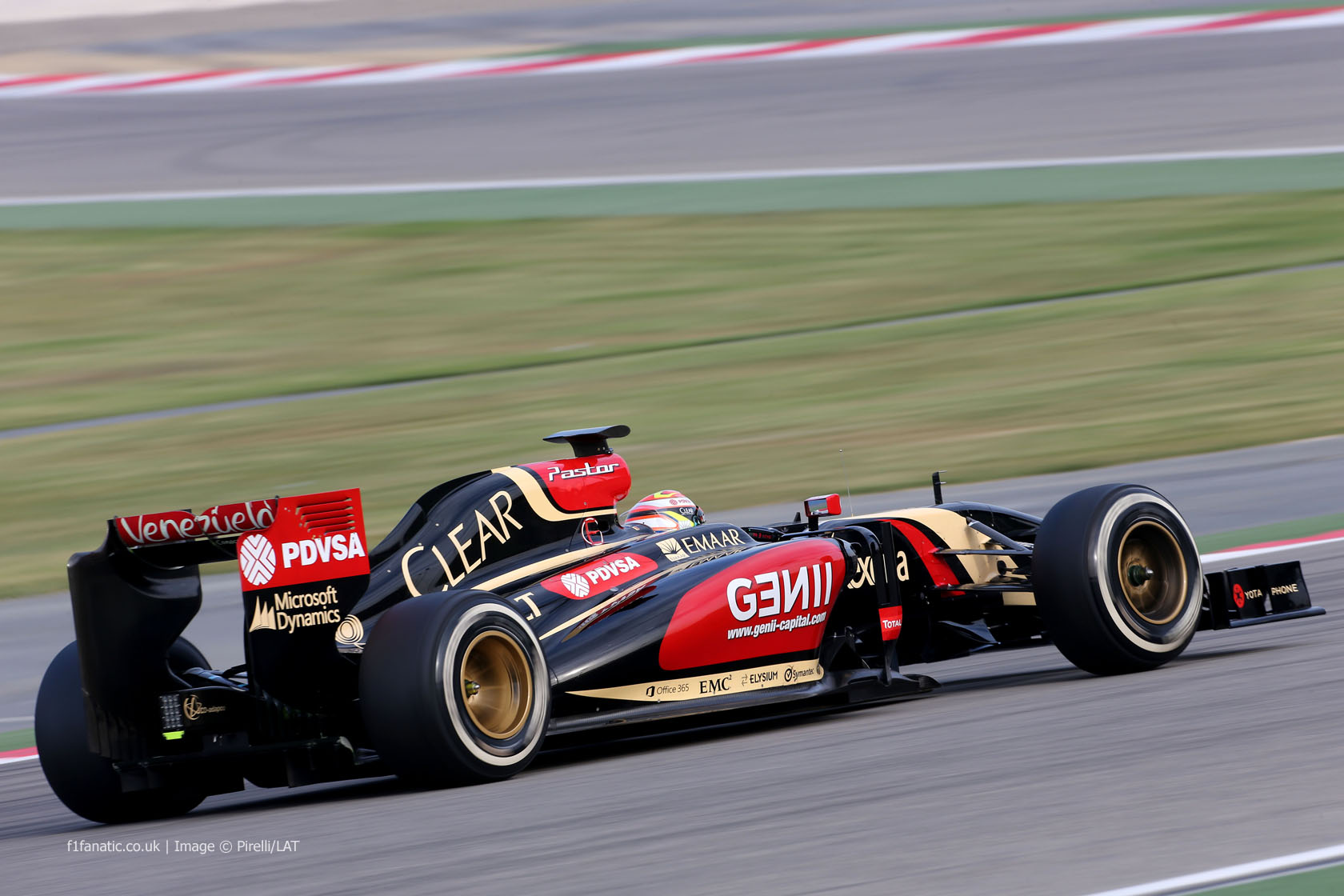 Lotus managed just 31 laps of running on the first day of the final test in Bahrain after a new exhaust on their E22 chassis failed.

“This stopped us running early due to the rectification work required. For tomorrow, we will run with our previous specification of exhaust and we do not expect to see any similar problems to those we saw today.”

The failure was another setback for the team who were the only ones not to appear at the first test session in Spain. Just one team, Marussia, has covered less running than Lotus in testing so far.

“For sure it wasn’t what we wanted today,” said Pastor Maldonado, who will drive the car for the last time tomorrow before the season-opening Australian Grand Prix.

“But we are all working very hard to make progress and I’m sure we’ll have solutions quite soon as a team, and it’s clear we have good potential and the car is not bad.

“We have had some problems but we are fixing them and we are making improvements with electronics and software every day we run.”

3 comments on “Lotus to revert to old exhaust after failure”