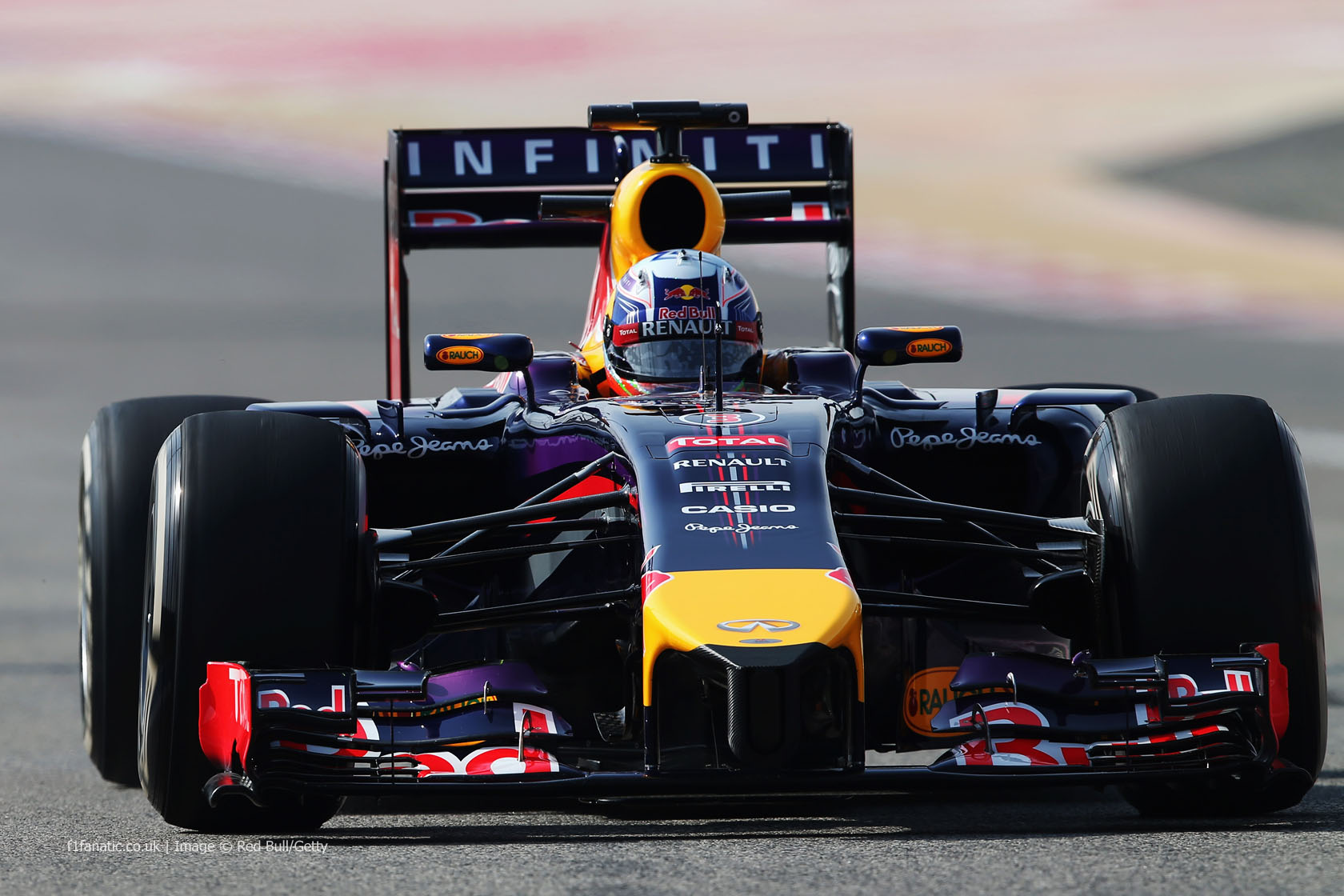 Daniel Ricciardo said his stint in the Red Bull RB10 today was “the best I’ve felt so far” despite more problems limiting him to 39 laps of running.

“The morning was much better for us with a few longer runs,” said Red Bull’s new recruit. “Behind the wheel, that’s the best I’ve felt so far. The package seems to be coming together better.”

Ricciardo’s spell in the car included a lengthy interruption in the afternoon, “but at least when the car was on track it was much more useful running and we made progress in the morning,” he said.

Race engineering co-ordinator Andy Damerum added: “We sent Daniel out for a long-ish run, but we had to abort about five laps in, as we noticed some issues on the sensors.”

“We brought him in, had a look at the car and discovered that we had a problem with the exhaust.

“So we had a long afternoon in the garage, but we did manage to get Daniel back out at the end of the session, which was good. We have some work to do overnight but hopefully tomorrow we’ll be able to run in a similar style to this morning.”

Tomorrow will be Ricciardo’s last day in the car before the first race of the year. Sebastian Vettel will take over for the last two days of testing.