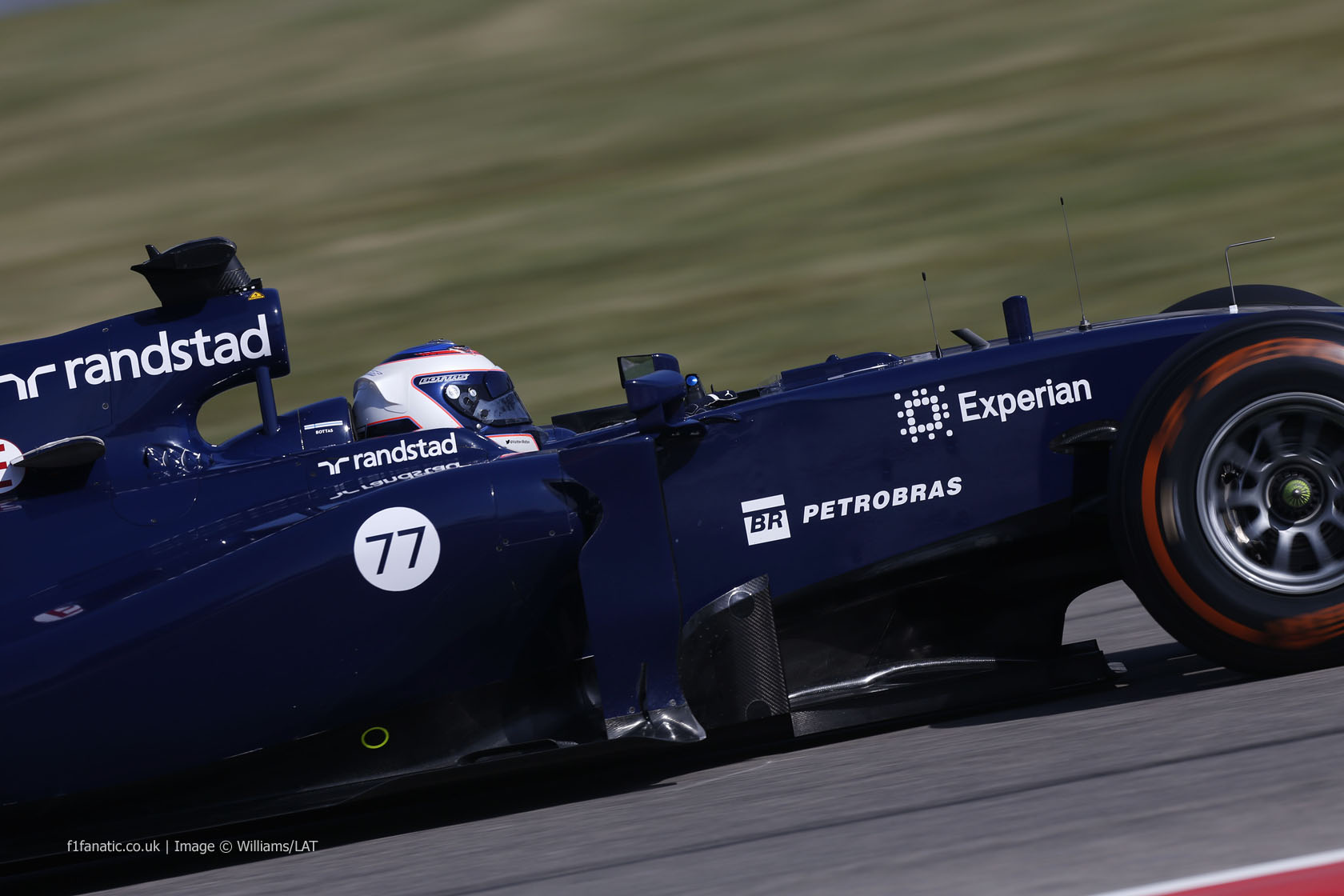 Williams were very pleased with their position at the end of testing despite losing time due to an engine failure on the final day of running in Bahrain.

The Mercedes engine in Valtteri Bottas’s car expired before the end of his race simulation run during today’s test.

Chief test and support engineer Rod Nelson described it as a “high mileage” failure. “With the number of laps we have put on it, it wasn’t a big surprise,” he said, “but it was still a shame that Valtteri couldn’t get that final chance to push.”

“However, with an overall team total of 936 laps under our belt, we are still pleased that that is the only time the FW36 has stopped on track throughout testing,” he continued.

“We end the pre-season running feeling very happy with the car, power unit, drivers and team. Everything is working together as it should and we are pleased with the direction that the team is going in.”

Bottas said the team had done as much pre-season work as they could have expected to: “I think with this amount of testing we are as prepared for Melbourne as we can be.”

“We still need to work very hard in these next two weeks but I overall I’m happy with how testing has gone for us,” he added. “As I didn’t have the chance to do a quick time on the super-soft tyre today, I am looking forward to picking up where we left off when we get to Melbourne.”