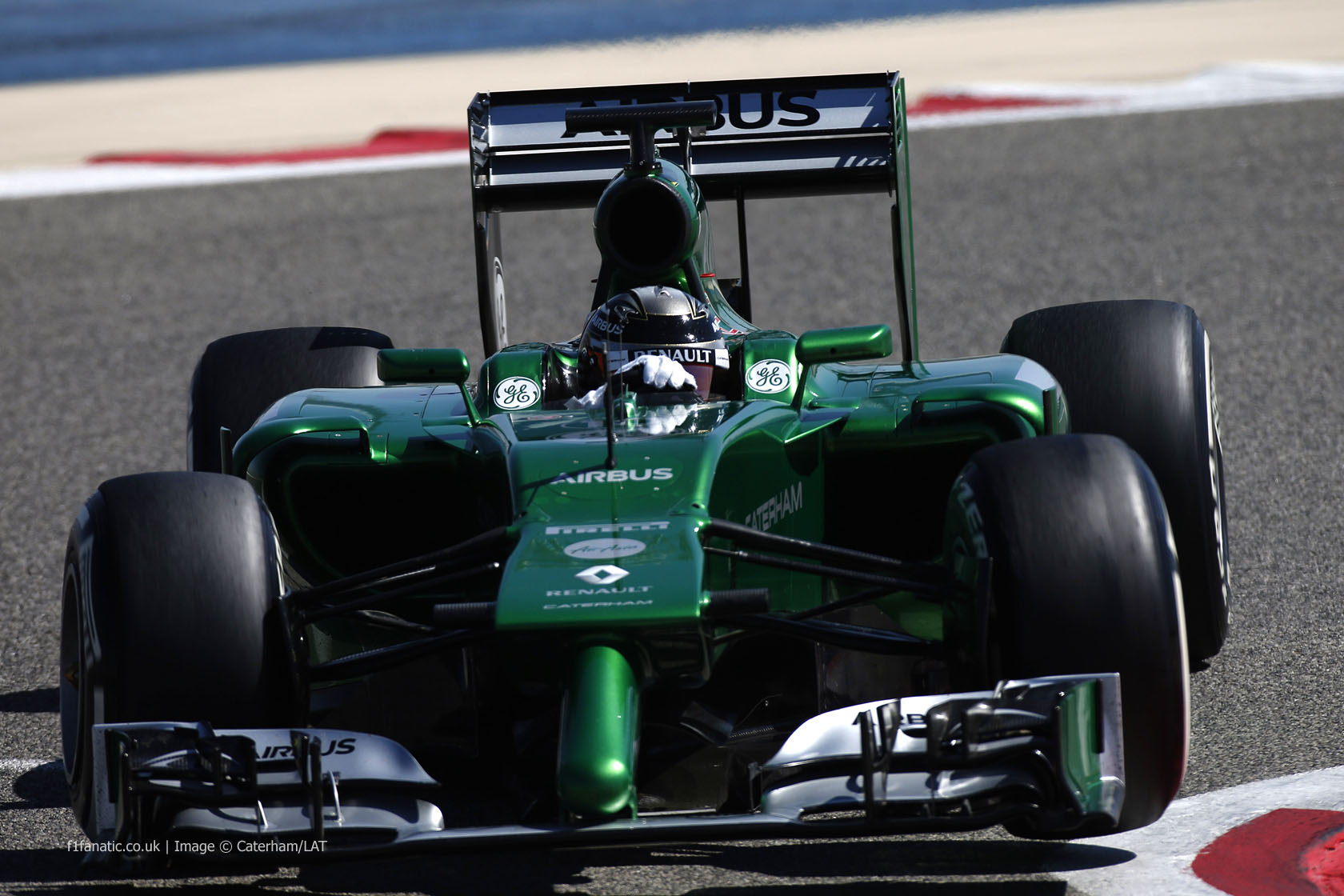 Caterham has “established itself on track since the start of its first season as the best of the three new teams who joined the sport in 2010”, according to the team’s press kit for the new season.

That was a straightforward case to make about this team until last year, when they slipped to last in the constructors’ championship behind Marussia. But it’s fair to say that following a rough start to their 2013 campaign they were usually the more competitive of the two teams.

Still that’s no consolation to team owner Tony Fernandes who is demanding results as Caterham (formerly Lotus) enters its fifth season. In January he warned it was their “final chance” to deliver.

The small team had to make sacrifices last year to prepare adequately for the 2014 regulations overhaul. In particular, the decision to replace its experienced driver line-up with a a pair which only had a single season in F1 between them compromised their development, and soon led to the part-time return of Heikki Kovalainen for practice work.

Kovalainen was tipped to make a return to the racing side of the team this year. But Fernandes decided not to restore the driver who was with the team for their first campaign in 2010 – a decision influenced in part by Kovalainen’s unsuccessful two-race spell as Kimi Raikkonen’s understudy at Lotus.

Instead Caterham hired Kamui Kobayashi, who brings some backing thanks to the generosity of his supporters. And as a former Toyota test and race driver, he is already on good terms with many of the ex-Toyota staff who joined this team four years ago.

Nonetheless Kobayashi has some familiarisation to do and has not held back on describing the car’s shortcoming. During testing he remarked he would be more competitive at the opening rounds if he turned up with a GP2 car. Joining Kobayashi in Caterham’s second all-new driver pairing in as many seasons in Marcus Ericsson.

Sweden’s first Formula One driver in 23 years arrives from GP2, where in four seasons of racing he showed too little of the potential which had been evident earlier in his single-seater career. He had little F1 experience prior to this season but has had a decent amount of time behind the wheel in testing.

In Robin Frijns, Caterham’s drivers have one of the most highly-rated junior drivers breathing down their necks, eager for a chance to show what he can do in the car. Caterham have already taken the unusual step of running him in two of the pre-season tests, and many would like to see what the 2012 Formula Renault 3.5 champion could do in a race seat.

Caterham have coped better with the Renault engine’s shortcomings than their fellow users, logging well over 3,000km of running. But the CT05 has shown little pace and while its generous rear dimensions may aid the cooling of the problematic Energy F1 power unit, it’s not hard to see where they might be giving away performance to their rivals.

However early-season reliability might be just the ticket for them to finally score an overdue point and begin the long haul into the midfield pack.

Do you think Caterham will finally score a point this year? Have your say in the comments.