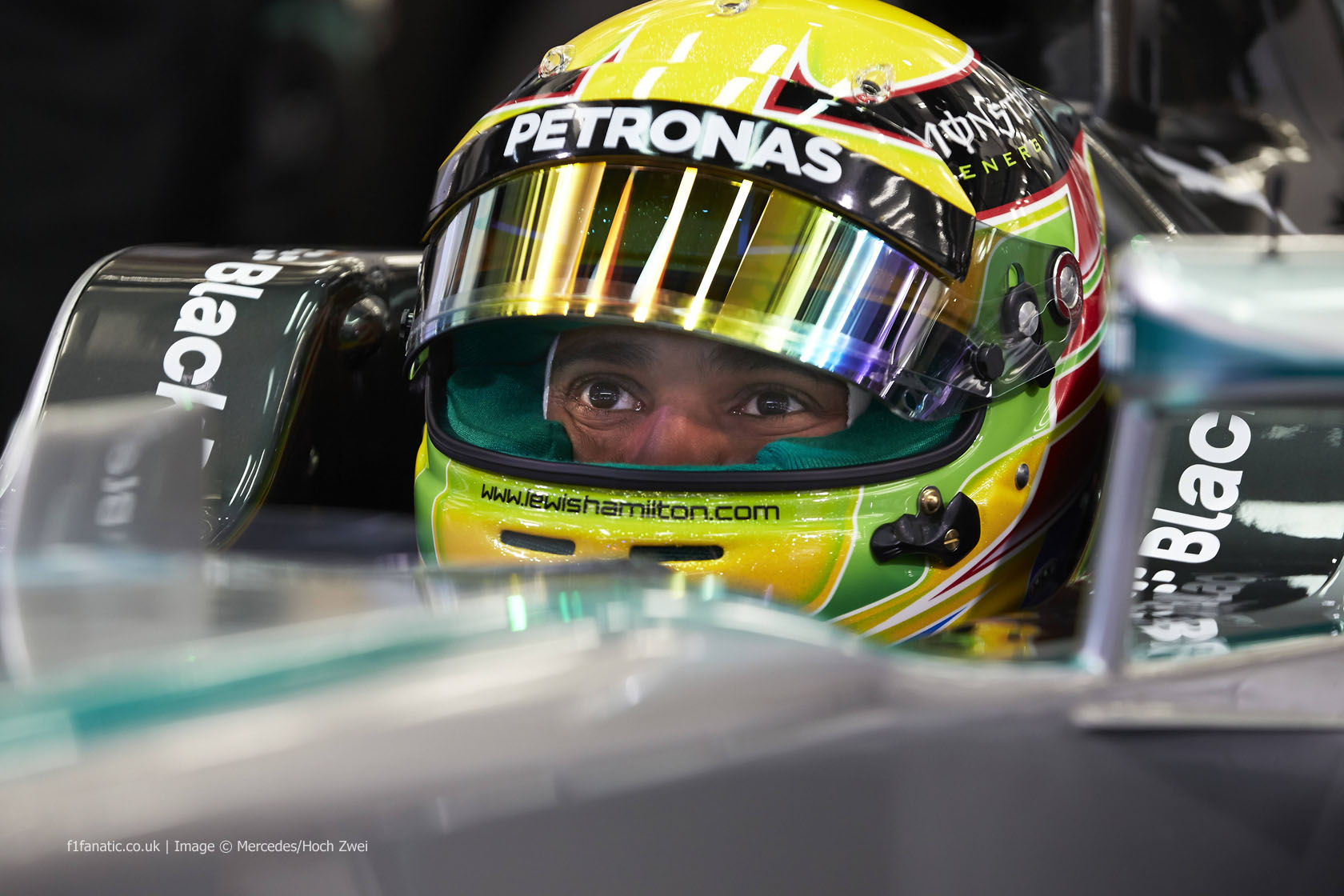 Lewis Hamilton is in confident mood ahead of the first race of 2014 and believes his Mercedes team are ready for the new season.

“I think we’re as ready as we can be for Melbourne and I’m more fired up than ever,” said Hamilton.

“With all the changes within the sport and the hard work that’s been going on within the team, I believe this can be our year to really show what we’re capable of.

“That’s not to take anything away from our opposition, who will be incredibly tough to beat as always, but I feel like I’m equipped with the tools I need to succeed. I can’t wait to get started.”

Mercedes have been tipped as pre-season favourites after covering the most mileage in pre-season testing with their W05. However Mercedes-Benz Motorsport head Toto Wolff is guarded over the team’s chances, saying they are “not quite where we want to be right now in terms of a complete package”.

“The new regulations have been a massive challenge for everybody involved, and the team has been pushing flat out to get the car to where it is now as we approach the first race in Melbourne,” said Wolff.

“While it is true that the quickest car with the quickest drivers will win, reliability will be a key factor. We want to bring both cars to the flag in the best possible position. We now face the ultimate reality check in the first race of this new era for Formula One.”

However he added: “The feeling within the team is not one of nerves”.

“It is more a sense of relief to finally be unleashing our cars in race conditions. Everybody now just wants to get out there and see where we stand. Expectations are high, both internally and externally.”