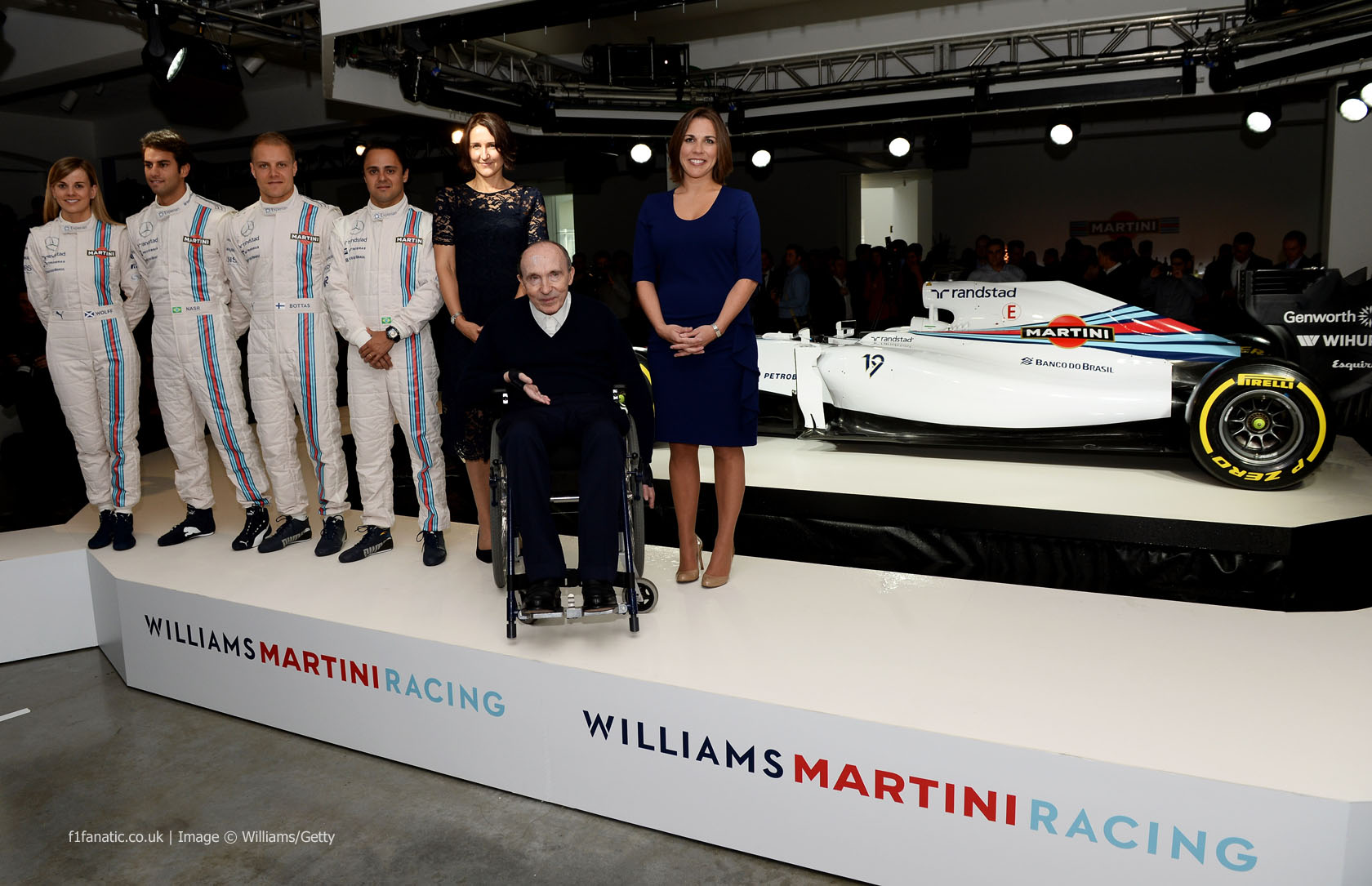 Frank Williams says he is pleased his team “lucked into” an engine supply deal with Mercedes, which he believes will be the best engine of the season.

Williams switched engine suppliers during the winter having spent two years as Renault customers. While Renault have struggled to get their new engine working, Mercedes hit the ground running when testing began. Williams covered more mileage than any team bar Mercedes’ works outfit and set the quickest lap time of the eight days of pre-season testing in Bahrain.

“The knowledge we have is it’s a world class engine,” said the team’s founder. “It’s probably – not certainly – but probably going to be the engine of the year.”

“And delighted I would say to have lucked into it by certain special circumstances, enable us to jump the queue if you wish.

“We feel very privileged to have it and of course the brand itself is truly as famous a brand you could ever… is known and recognised everywhere around the world. We’re, if you like, part of that, in partnership with that brand.

“But going back to the real thing, a winning engine? I would say so.”

Williams added securing a title sponsorship deal with Martini was a major coup for the team:

“Certainly for us to be associated with it is a major plus and of course it’s a substantial sponsorship which is important to any and every grand prix team. It’s a meaningful deal.”

54 comments on “Williams pleased to “luck into” Mercedes engine deal”