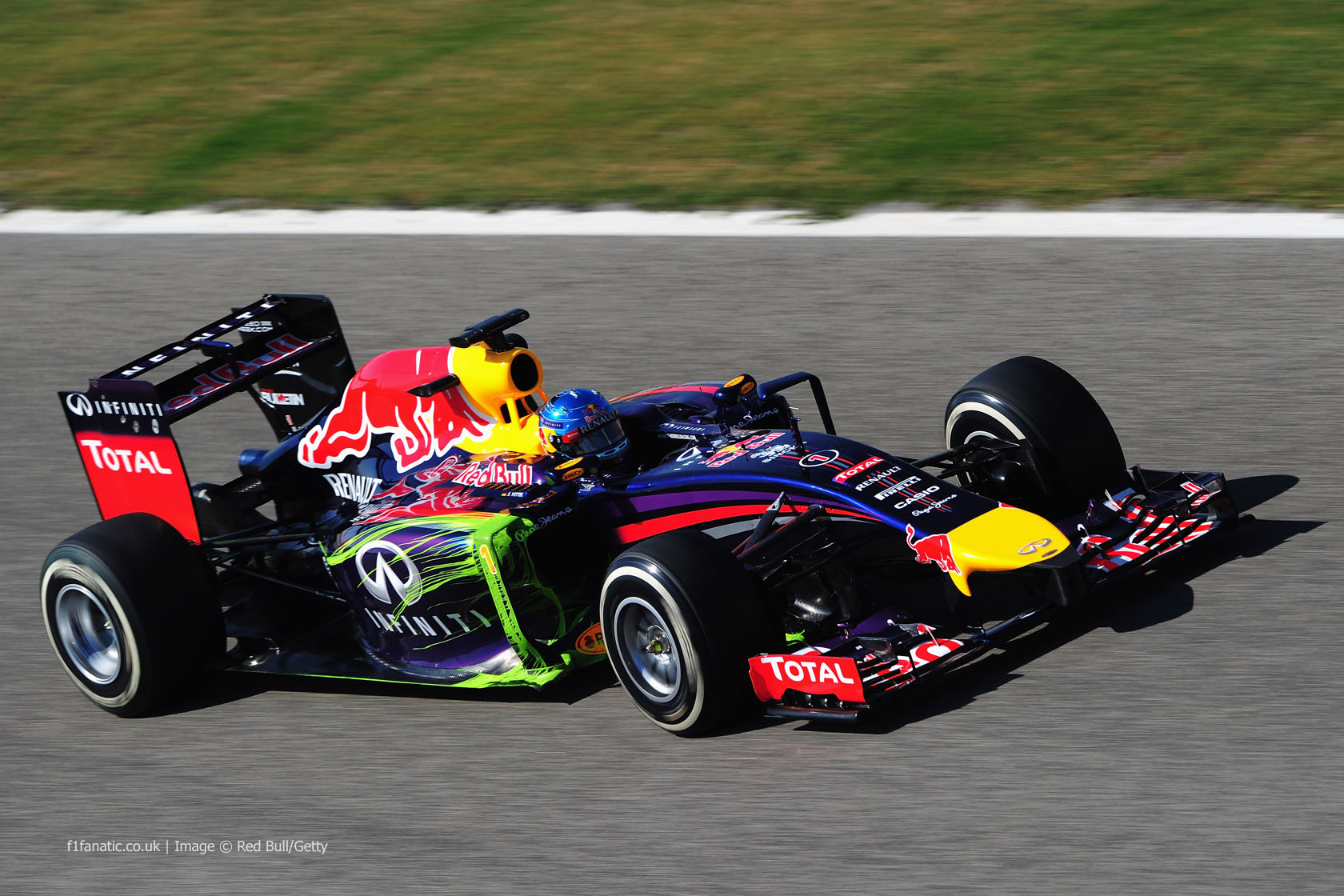 The world champions have had a troubled start to the season in testing. The RB10 covered only 320 laps during the official sessions – less than a third of that managed by rivals Mercedes – as the team struggled with a series of problems regarding the installation and cooling of its Renault engine.

Red Bull decided in August last year to press on with developing last year’s RB9 to maximise their chances of retaining their titles.

Heading into the summer break Sebastian Vettel had a 42-point lead over closest rival Kimi Raikkonen in the drivers’ championship. Vettel went on to win the final nine races of the year.

“Looking back it would have been smarter to concentrate full power on the new car earlier on,” said Newey in an interview for Red Bull’s magazine Red Bulletin. “In August, no one could have guessed that would we be so far ahead with the RB9 by the end of the season.”

Newey added the new rules were responsible for the “aesthetically dubious” design of many of the cars’ noses.

“Presumably for safety reasons, two levels are defined for the cockpit and the tip of the nose, without taking into account any link between them.”