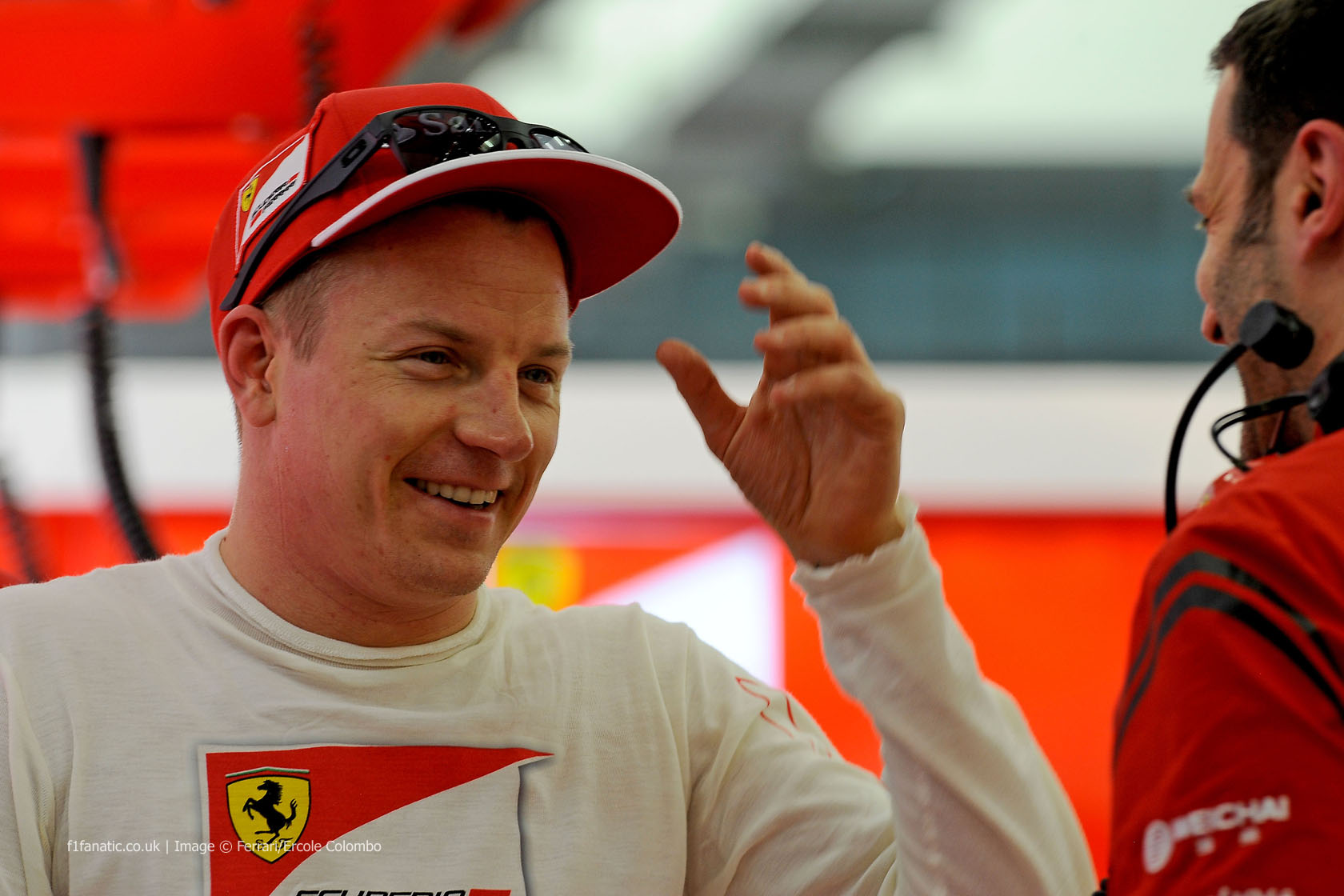 In the round-up: Alan Jones warns sparks could fly between Ferrari team mates Kimi Raikkonen and Fernando Alonso this year.

Alan Jones: “I think it’s potentially a bit of recipe for disaster! I can’t see Kimi sort of pulling over and letting Alonso through.”

Ecclestone hopes every race will be like a wet race (Reuters)

“I hope every race is going to be like a wet race. Unpredictable is the word.”

“I didn’t know exactly what to expect because I didn’t know him particularly well before he joined Williams, but he is great.”

“I’m hoping we can get that [first point] in Australia. If we can get some points there, then I might start to set myself some personal goals.”

“Former Formula One driver Gerhard Berger has suffered a broken arm while skiing in Austria, just 10 weeks after his old rival Michael Schumacher’s life-threatening accident that has left him in a coma in Grenoble University Hospital.”

“The closest F1 has to a successor is its chairman Peter Brabeck-Letmathe, appointed in 2012. However, he does not have hands-on experience running F1 and, as chairman of food and beverage group Nestle, is already busy.”

“What we are looking forward to is how everything else going on in the field will render these gimmicks completely unnecessary, thus sending the message loud and clear that F1 doesn’t need to superficially spice up the show.”

Looking ahead to Sebring and beyond (The way it is)

“If we’re not careful the interest in the sport is going to slip away. I’ve got three kids in college and one of them is interested in what I do, but the other two couldn’t care less. They don’t understand why people would drive around in circles wasting fuel. That’s what motor racing is to a lot of people and we have to work very hard to change those perceptions and make the sport more relevant.”

Something of a departure for the official F1 website – a video guide to the new season which even includes some classic F1 footage. And don’t miss the slimy sales pitch for the super-bonus-double-points-season-finale-bonanza.

Formula One season preview: Biggest change in decades to shake up F1 (Unibet)

My thoughts on the season ahead for Unibet.

@Infernojim sees an upside to the Mercedes-powered teams leading the early running:

I’d rather Mercedes be “dominant” than Ferrari or Renault. And I’m talking about dominant “power-train” here.

That means, Mercedes, Mclaren, Force India and Williams all up the sharp end. Whilst Mercedes (the team) do appear to have the edge, I think that the other Mercedes powered teams will all be strong, and that will lead to competition!

Ferrari’s other cars are only Marussia and Sauber, neither of which would compete with Ferrari properly if they were dominant; and the sense is that Ferrari will actually be pretty good anyway, just not quite as reliable as the Mercedes.

And in Renault you’ve got Red Bull, Lotus, Toro Rosso and Caterham. If Renault was dominant then Red Bull would be dominant, with Lotus giving them a push from time to time. And no one really wants to see that.

I expect that over time Ferrari and Renault will catch-up with Mercedes in terms of the power units, but if you’re going to start with one dominant power train I’d say Mercedes is the best that we could have asked for in terms of the relative competence and ability of each of the teams using them…

I’m so excited to see how this weekend pans out!
@Infernojim

Alain Prost tested McLaren’s MP4-9 at Estoril 20 years ago today while he considered whether to scrap his plans for retirement following his 1993 world championship victory.

Meanwhile a four-day test at Imola concluded with Michael Schumacher quickest on a 1’21.078, 0.166s faster than the Williams of Ayrton Senna.

While all this was going on a shock announcement came from America which would have devastating consequences for IndyCar racing. Indianapolis Motor Speedway president Tony George announced plans to start a rival series in 1996. The split lasted 12 years and ruined America’s foremost single-seater championship.

87 comments on “Raikkonen and Alonso may be ‘recipe for disaster’”