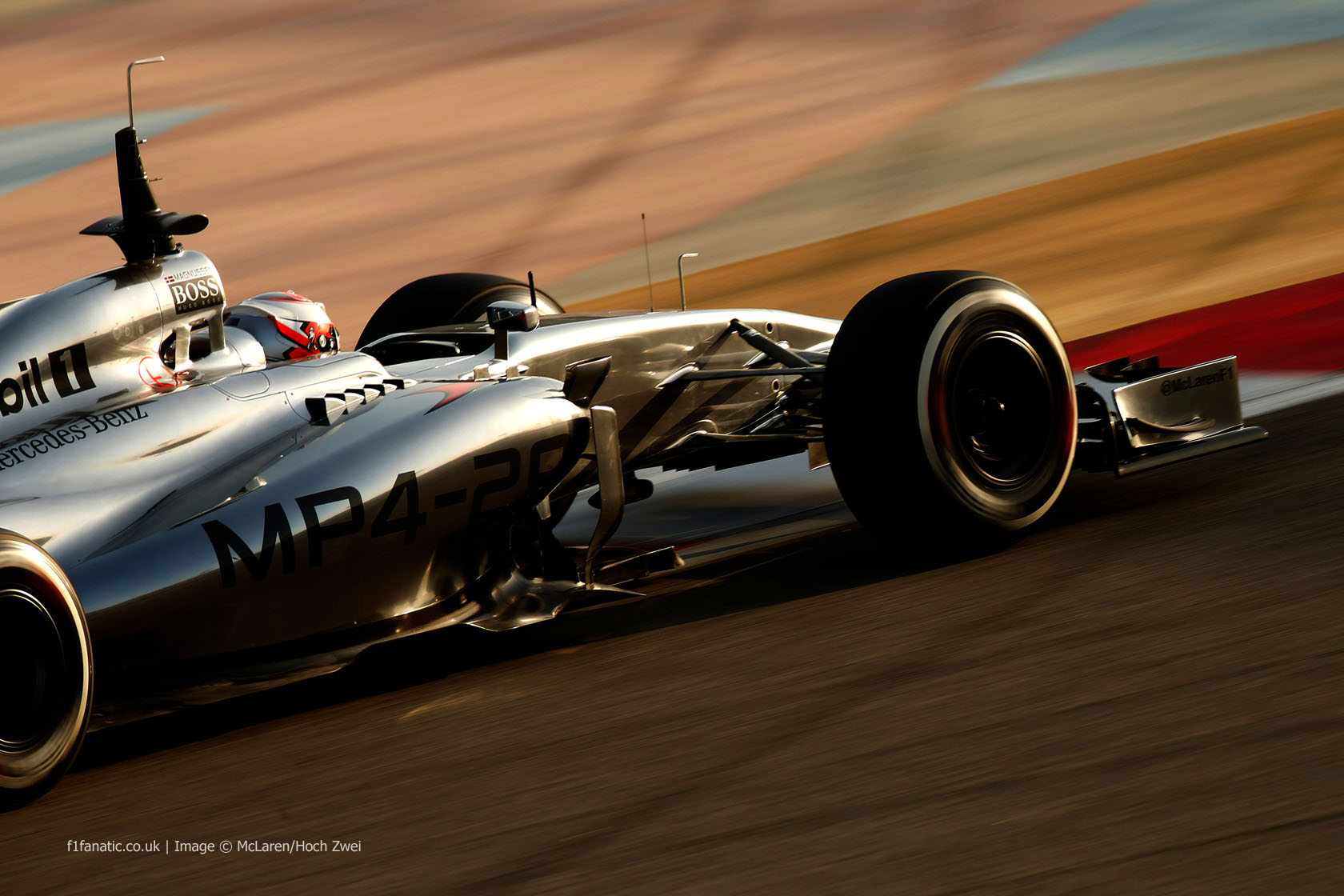 With less than 48 hours until the first official race weekend session of 2014, here is the F1 Fanatic season preview in full.

The best and the worst of Formula One are on show as it enters a new era.

How each driver chose their 2014 race number

The FIA has changed its policy on car numbers for 2014 and allowed each driver to choose their own. Here’s how each driver made their choice.

The team radio messages we can expect in 2014

The dominant themes in last year’s team radio communications and what we can expect will change in the year ahead following F1′s dramatic rules overhaul.

The biggest rules change in a generation is about to hit Formula One. Get on top of the new technical and sporting regulations with this quick guide. As Kimi Raikkonen and Nico Hulkenberg rejoin their former teams, here are ten of the most successful driver-team reunions.

As well as the widely-discussed new engines there are new drivers, new races and a new points system this year. Here’s a look at how F1 is changing in 2014 in numbers.

A closer look at the significance of the numbers F1 drivers have chosen for 2014.

Ten things we want to know about the 2014 season

How will the new cars change the racing? Will Russia’s new track be any good? The questions that hang over the new Formula One season.

F1 Fanatic’s 2014 car information and image pages will be updated throughout the year as teams develop their designs and tweak their liveries.

Red Bull’s testing programme was wrecked by a string of problems with the RB10 which could threatens to end their run of championship success.

Mercedes could ‘do a Brawn’ – but it’ll be without him

Ross Brawn has prepared Mercedes well to take advantage of the new regulations, but won’t be around to direct their efforts.

Ferrari raise their game with “two roosters” in team

Kimi Raikkonen has returned to Ferrari to join Fernando Alonso. The contest between the two will be fascinating but will it return Ferrari to championship-winning ways?

Tough year ahead for Lotus after losing top names

Lotus have lost their star driver, their team principal and their top designer but what they haven’t lost is their sense of humour.

Ron Dennis is back in control of McLaren’s F1 team but they have a year of transition ahead before swapping Mercedes for Honda in 2015.

Seventh, sixth, seventh, sixth: Force India’s championship finishing positions since 2010. Have they found their level, or can they finally break into the top five?

Sauber scrapped their plans to race Russian teenager Sergey Sirotkin and opted for a conservative signing in Adrian Sutil. Will they recover from a disappointing 2013?

Williams had a bad year but they’ve shaken up their technical department, changed engine supplier and hired a Brazilian ex-Ferrari driver. This all sounds very familiar…

Marussia hoping Ferrari will power them to first points

Marussia enjoyed its best season so far last year and a switch to Ferrari power raises its hopes of finally scoring its first points in F1.

Caterham owner Tony Fernandes is demanding results from his team as they enter their fifth year in Formula One still yet to score a point.

Fernando Alonso on the Ferrari F14T

What does the unpredictable 2014 F1 season have in store for us? Answer these 20 questions on the year ahead. Who will win the battle of the team mates in 2014?

Almost every driver on the grid has a new team mate to measure himself against this year. But which driver will come out on top at each team?

Which team has the best-looking car of 2014?

The appearance of the latest generation of Formula One cars has been a major talking point during the off-season for one obvious reason. Which team has the least ugly car?

Who F1 Fanatic readers support at the start of 2014

With the new season upon us it’s time to take a fresh look at who F1 Fanatic readers are rooting for in 2014.

Which team has the best driver line-up for 2014?

All 22 drivers for the 2014 season have been confirmed. Which team has the best line-up? Compare them all.

Organise your 2014 with the F1 Fanatic calendar

The new Formula One season will be upon us soon and with the help of the F1 Fanatic Calendar you can make sure you don’t miss a minute of it.