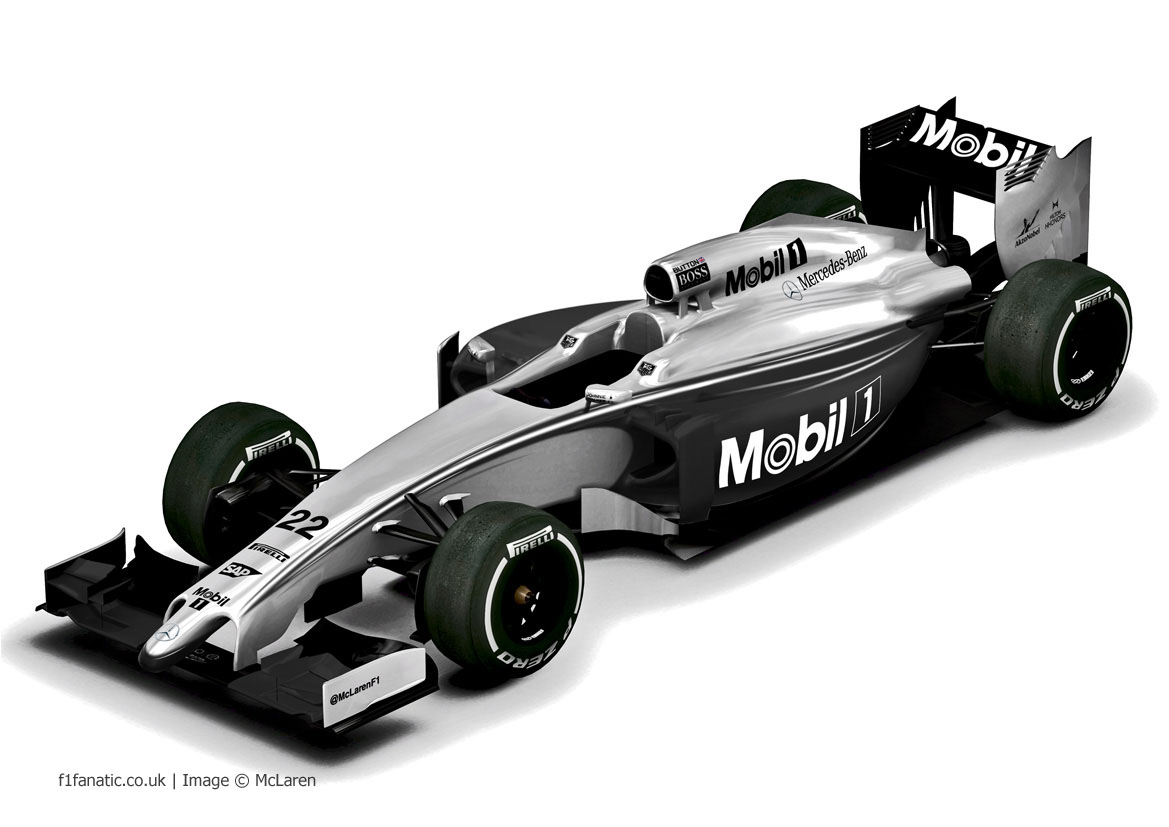 McLaren have revealed the colour scheme they will use for the first race weekend of the season in Australia, having used an interim livery during testing.

The team will use the livery to mark 20 years of support from sponsor Mobil 1.

“We are privileged to have worked closely with ExxonMobil over a very successful 20 years and counting,” said chief operating officer and acting CEO Jonathan Neale.

“During 332 races together we have achieved four world championships, 78 wins, 229 podium finishes and 76 pole positions, which is testament to our powerful technology partnership. Seeing the Mobil fuels branding alongside Mobil 1 on the MP-4 29 is a great recognition of the relationship’s contribution to performance over our two decades together.”

McLaren are without a title sponsor this year following the departure of Vodafone at the end of last season. Last week McLaren Group CEO Ron Dennis said he expects to have a replacement in place “in the new few events”.