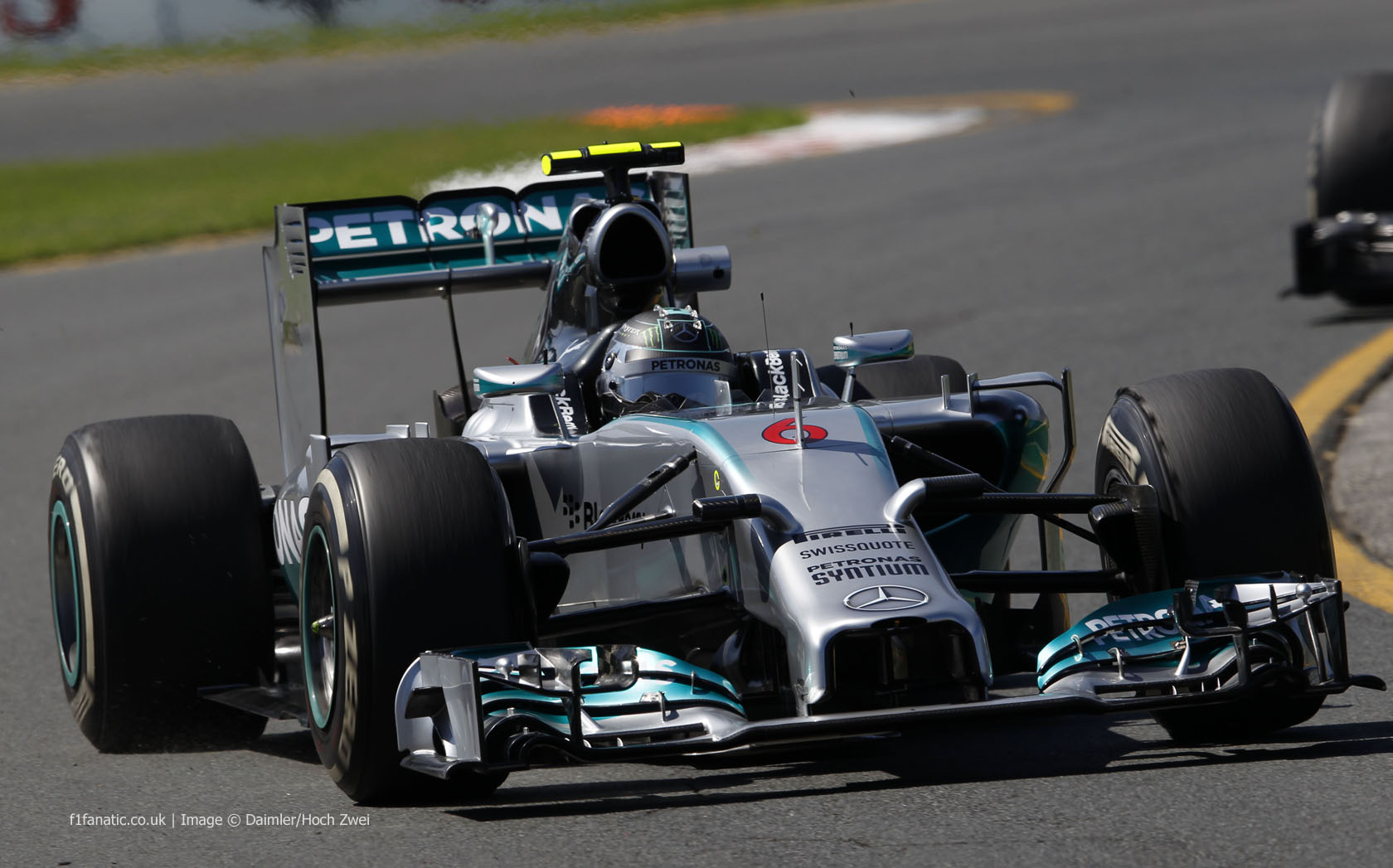 How quick the new generation of F1 cars will be compared to last year has been a major talking point of the off-season. Last year there were claims the new cars could be as much as three seconds per lap slower than the old ones.

Until today the clearest indicator of the new cars’ performance came during test in Bahrain. The fastest time of that test – Felipe Massa’s 1’33.258 – was within a second of last year’s pole position time by Nico Rosberg.

That may be the most useful comparison we get in terms of single lap time performance this weekend, as Saturday’s running was disrupted by rain last year.

Although the gap between the two is wide – much wider than the Bahrain lap times led us to expect – there’s good cause to believe the teams were being particularly conservative today given reliability concerns.

Mercedes’ motorsport boss Toto Wolff expects to see rapid improvement in lap times. During today’s press conference he predicted the new cars will “go quicker than the old ones in a couple of races”.

In terms of straight-line speed, they’re already there – though of course these figures will owe a lot to set-up:

Fuel preservation is going to play a major role in races this year and the longer stints in the latter part of second practice gave the drivers chance to experiment with hitting their targets.

Drivers will be given targets for fuel consumption by the teams during the race. Each team will have their own terminologies for this.

Force India, for example, told Nico Hulkenberg to “lift and coast 25” – this refers to the practice of lifting the throttle just before the braking zone for a corner and coasting until the brake point is reached, this being one of the most effective ways of saving fuel without compromising lap time.

Similarly a message to Valtteri Bottas during the session said “Practice fuel save for the next few laps. Target to stay at 400 on the dash.” Expect to hear similar messages like this during the race, much as the teams already use for managing tyre degradation.

The Mercedes drivers were running at the quickest pace during their race stints. If that is representative of the speed they can run at while hitting their fuel consumption targets, it’s another indication they are the team to beat this weekend.

Sebastian Vettel’s lap in second practice gave Red Bull some encouragement about how close they are to the front runners. A look at the sector times showed he had more than a tenth of a second in hand, further demonstrating that the RB10 is quick – reliability is the priority for the world champions.

Pastor Maldonado and both Caterham drivers failed to set a lap time.

Eight drivers were quicker through the speed trap than last year’s highest speed.