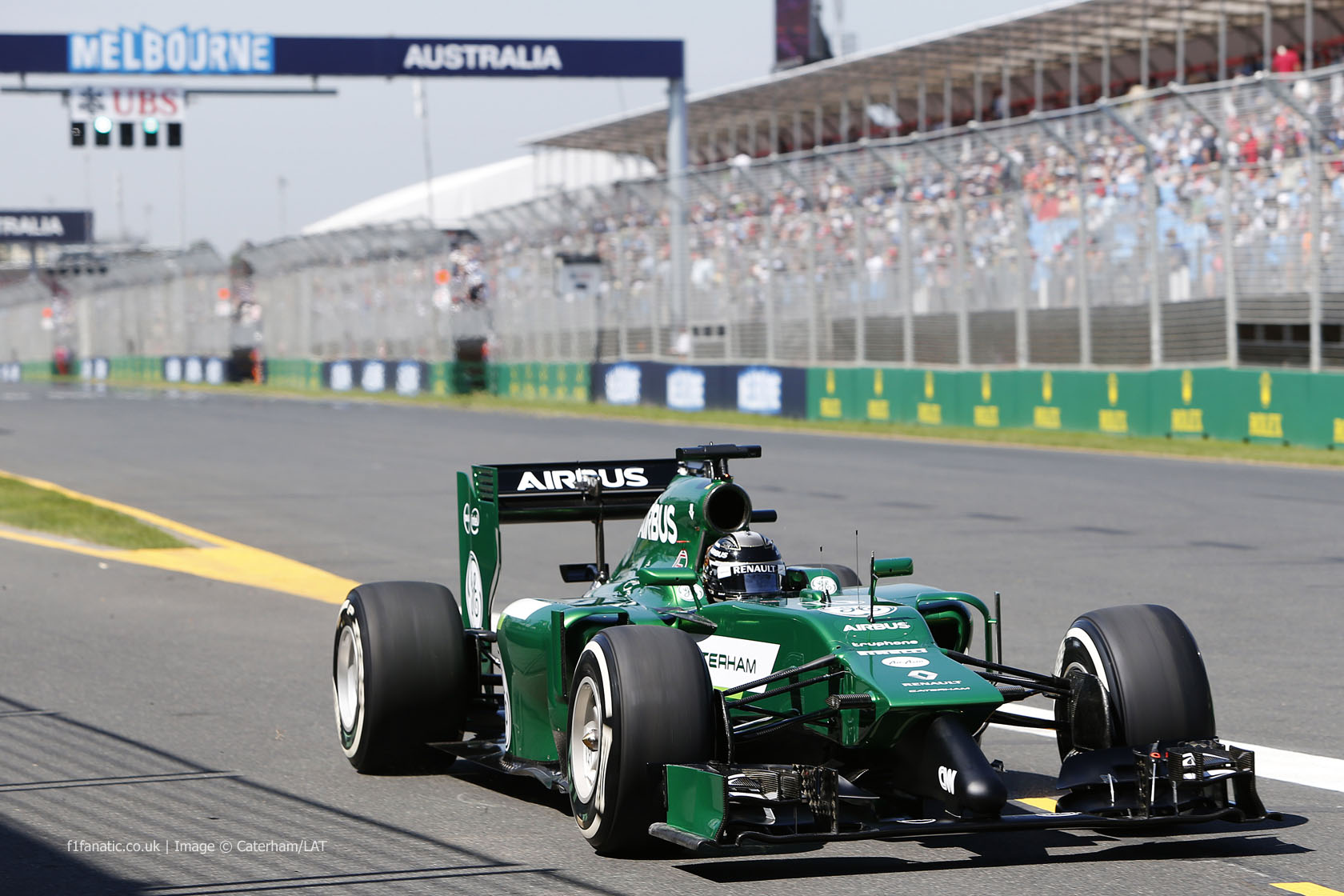 Caterham’s drivers were left none the wiser about their car’s potential in Melbourne after completing just three laps between them in today’s two practice sessions.

“That was a more difficult start to my first full grand prix weekend than I’d have liked,” said Marcus Ericsson. “Hopefully that means we’ve got all the problems out of the way on day one.”

“This morning it was an electrical issue with the engine that meant I only did one lap – out on the main straight the power suddenly dropped but I was still able to get the car back to the pits and when we had a look at it we found it was an electrical problem so that was fixed over lunch.

“In the afternoon we were back out at the start of FP2 but this time, when I [pitted], there was a hydraulics leak.”

Caterham replaced the Energy Store and control electrics for the MGU-K on Ericsson’s car.

“The problem on my car was to do with the fuel system – it was fine on the installation lap but when I boxed we had a small fire under the engine cover which came from a fuel system leak.

“The fire was out immediately but when we’d found the problem we knew it couldn’t be fixed in time to run in FP2 so made the decision to remove the power unit so we could fix the issue and aim to run properly tomorrow.”

The team’s troubles came as something of a surprise as they completed more mileage than any of their fellow Renault power users during pre-season testing.

“One lap in both practice sessions is obviously not a good way to start the season, particularly after our reliability had been good in the Bahrain tests,” Kobayashi added, “but we know what the problems are on side and we’re all working very hard to fix them for tomorrow.”