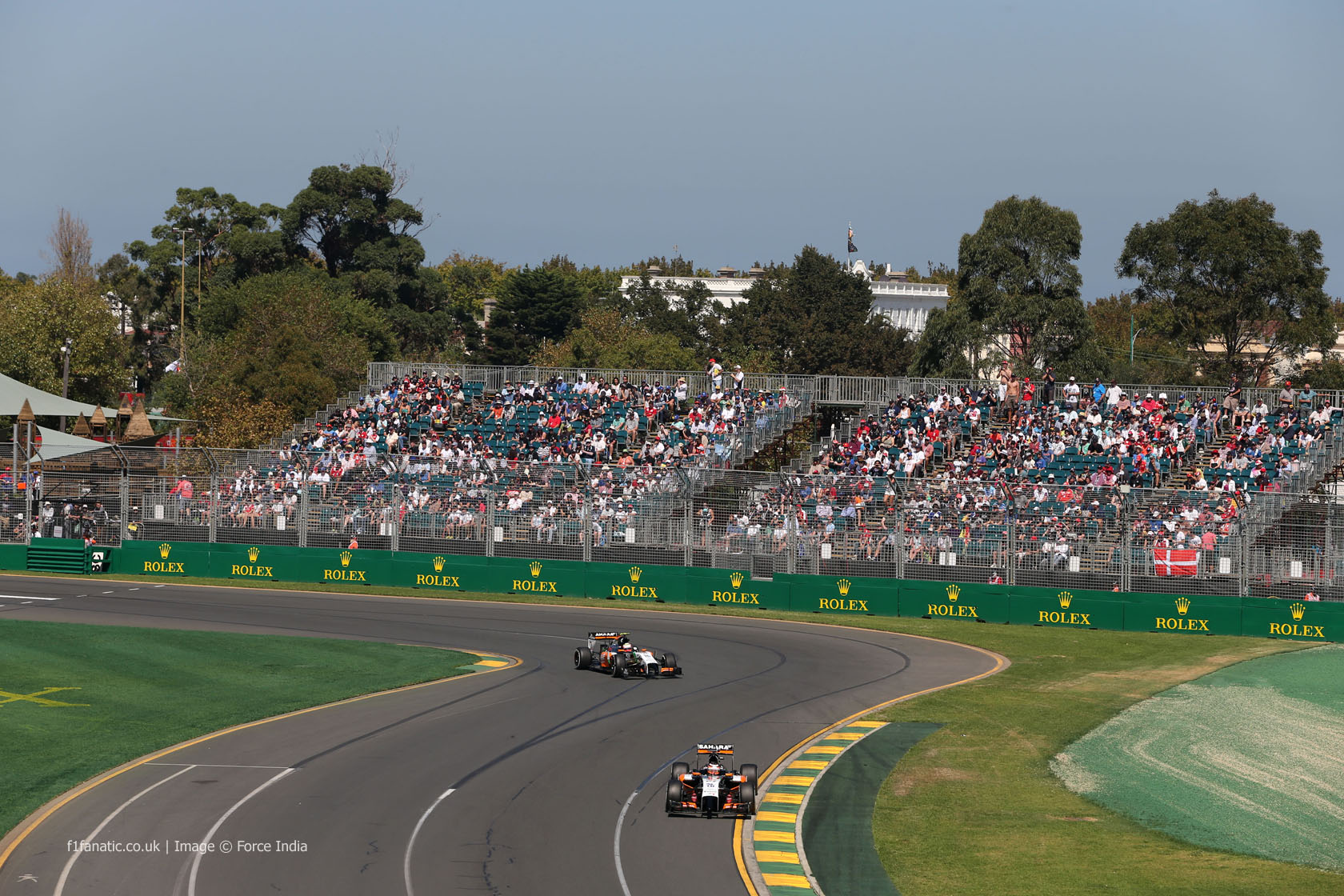 Formula One’s new engines have been in action at a race weekend for the first time today.

The new V6 turbo engines are quieter than the V8s they replace – the FIA puts the difference at around 11 decibels. The sound itself is different as well – for one thing, there are two fewer cylinders, and the turbo has also changed the sound which is produced.

So far we’ve only heard the engines during practice – it remains to be seen (or heard) what 22 of them revving up at once at the start of the race will sound and feel like.

But the change has already provoked strong feelings on both sides of the argument. Here’s a sample of some of the feedback on F1 Fanatic:

I was there today and there was a noticeable difference in the sound. It was remarkably different that some of the guys I was with who are regulars each year commented on how the cars are quieter.

Then we had confirmation, they did a speed comparison and a 2013-spec Red Bull with V8 engine roared to life and stormed around the track confirming that this years V6s are quieter and by a margin.

Personally it will not detract from why I watch F1 for, and if I’m honest, I was more comfortable at the track this year without needing ear plugs, and having normal conversations while cars were whizzing past.
@Dragoll

I was out at Albert Park today and was happily surprised at the sound of the new power units.

A lot is being lost in what you hear on television. I got home in time to watch second practice and the sound was very different. There you can hear the whine of the turbo as they pull out of corners, the odd new noises of the regenerative breaking… I love it.

Sure it’s different but don’t knock it until you’ve actually been 20 metres away from one.
Travis Humphery (@Travis)

I just can’t understand why quieter is worse.

To me, the new sound is great. It is in fact quieter, which means people on site may well stop using earplugs, so they will hear more, much more! We TV viewers may well hear the crowd better, the radio, the tyres, the mechanics…

And any fat, deep noise is better than a blunt squeal in my book. I am all for it.
@Gwenouille

Was at Albert Park this morning for most of first and second practice, at close range (trackside) they sound ok and its quite interesting to actually be able to tyre squeal on lock-ups etc.

However, its just lacks that sense of enormous power that the noise of the V8′s gave off. From a further distance wandering around the circuit they sound mightily unimpressive, reminded me of lawnmowers, my wife said they sounded like trucks…
Marcus Hand (@Wombat1m)

I was watching second practice on TV this morning and the cars sound awful on TV and onboard cameras, very quiet and uninspiring and I cant stand the way the engines do not rev at all.

You could now easily confuse the sound they let off with any other lesser formula. Has totally taken something away from F1 that I have come to love over the years. Disappointed to say the least.
Torg22

After watching first practice the sound is really horrible in my honest opinion. I thought it will be more of a deeper tone like the sport cars.

What do you think of the new engine sound? Do you think concern over the lack of noise will only be temporary?

Cast your vote and have your say below.