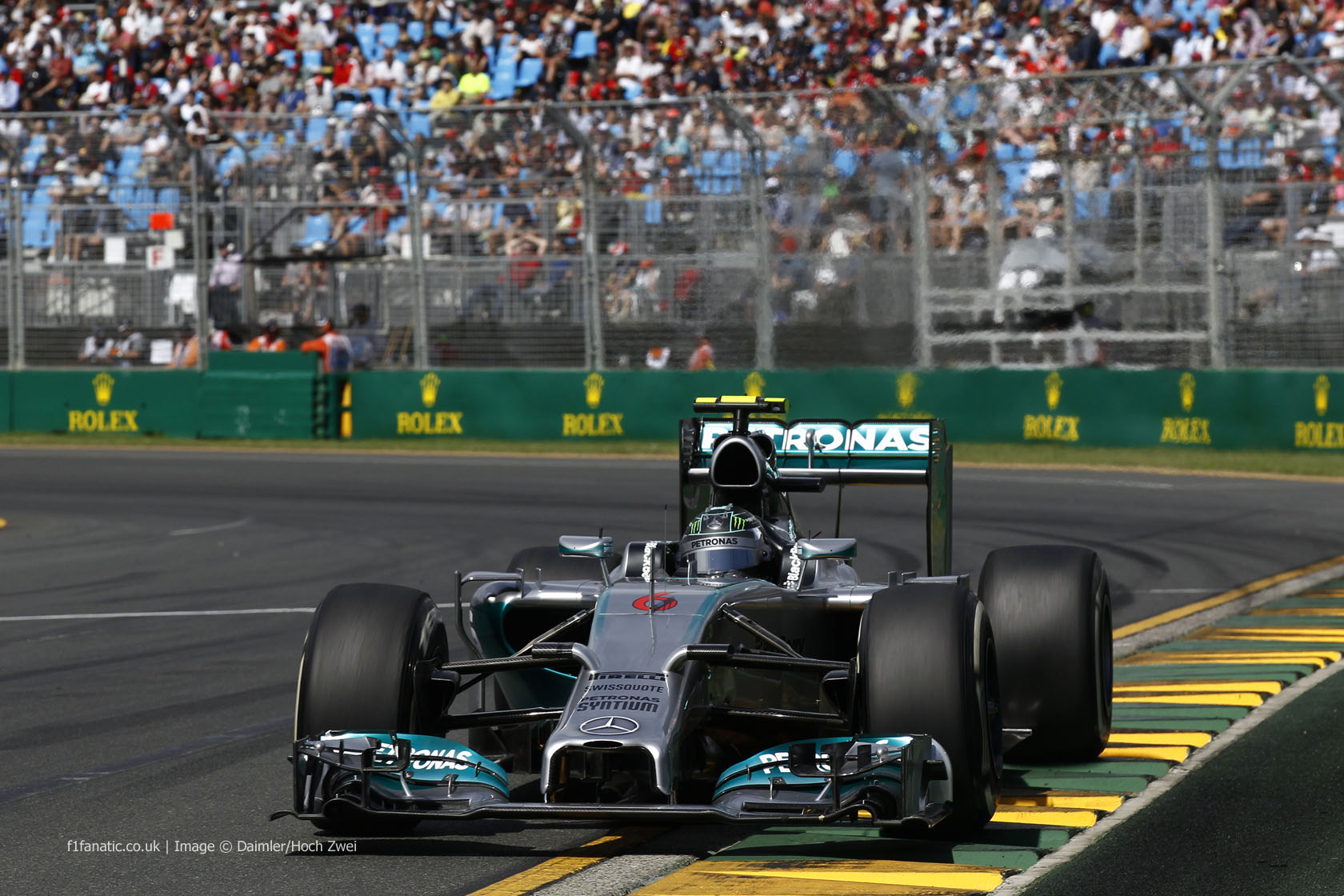 Nico Rosberg set the fastest lap of the Australian Grand Prix. But just how much faster are Mercedes than their rivals?

Rosberg’s best lap was less than a tenth of a second quicker than the next fastest, which was set by Valtteri Bottas. But the W05 was clearly capable of lapping much quicker, as the graph below shows.

Rosberg set his fastest time as early as lap 19. Most of his rivals did theirs at the end of the race when the fuel loads had dropped and the track’s rubber levels had built up. So how much quicker could Rosberg have gone?

At the point when Rosberg set his fastest time no one else on track had got within 1.4 seconds off it. It took another 15 laps for anyone to get within a second of it.

Rosberg finished the race with a 24 second lead which he built up in the 41 laps after the Safety Car came in. That’s a gain of 0.58s per lap and it’s clearly Rosberg was managing his pace for much of that time. Mercedes’ true advantage was in the region of a second per lap at Melbourne. The question now is whether that is also the case at other tracks which are more reflective of those the rest of the championship will be contested on, such as Sepang.

But they were untouchable in Melbourne. Tellingly, when Jenson Button asked on the radio for more information about the leading drivers’ pace, he added: “obviously not the Mercedes…”