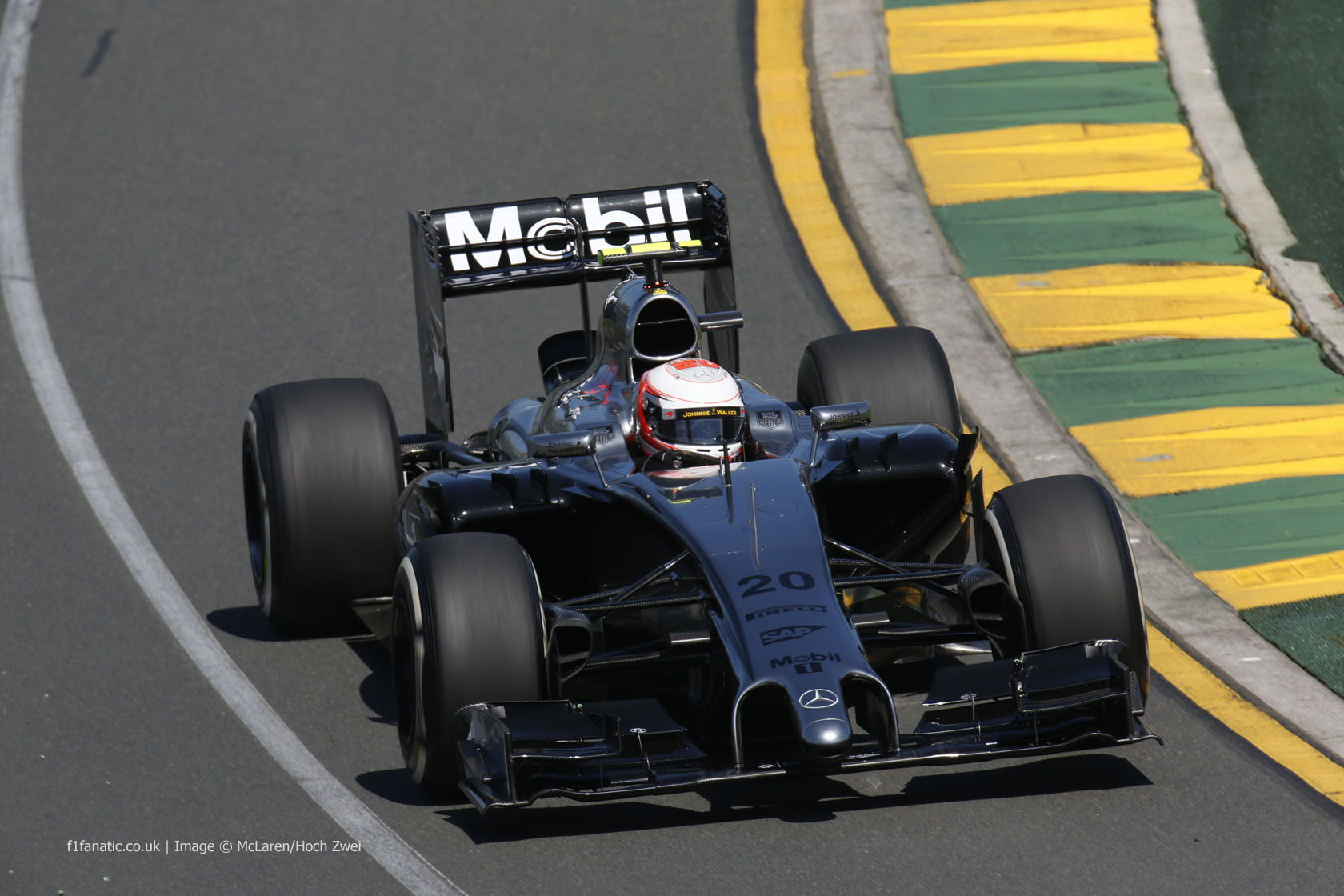 Kevin Magnussen said he was thrilled to finish on the podium in his first race for McLaren – and give the team its first top-three finish since 2012.

“It’s not a win but it definitely feels like a bit of a win,” he said during the press conference after the Australian Grand Prix.

“The team is coming off a difficult season and they really wanted to come back and they’ve worked so hard over the winter.”

Magnussen added he was grateful for the team’s decision to promote him into a race seat.

“Working with a rookie as well who hasn’t got experience – it’s been tough for them, for sure – but they’ve done such a good job, made me feel really at home and made me feel comfortable with everything.

“I couldn’t have asked for more.”

McLaren lead the constructors championship following the first race after several of their rivals hit technical trouble. Magnussen said he had “no issues with the car that we weren’t expecting”.

“We didn’t really know what to expect but luckily we didn’t have anything really that came up that we couldn’t handle so again, big congratulations to the team and to Mercedes for providing such a reliable power unit. It’s quite impressive in the first year.”

14 comments on “Debut podium “feels like a win” – Magnussen”