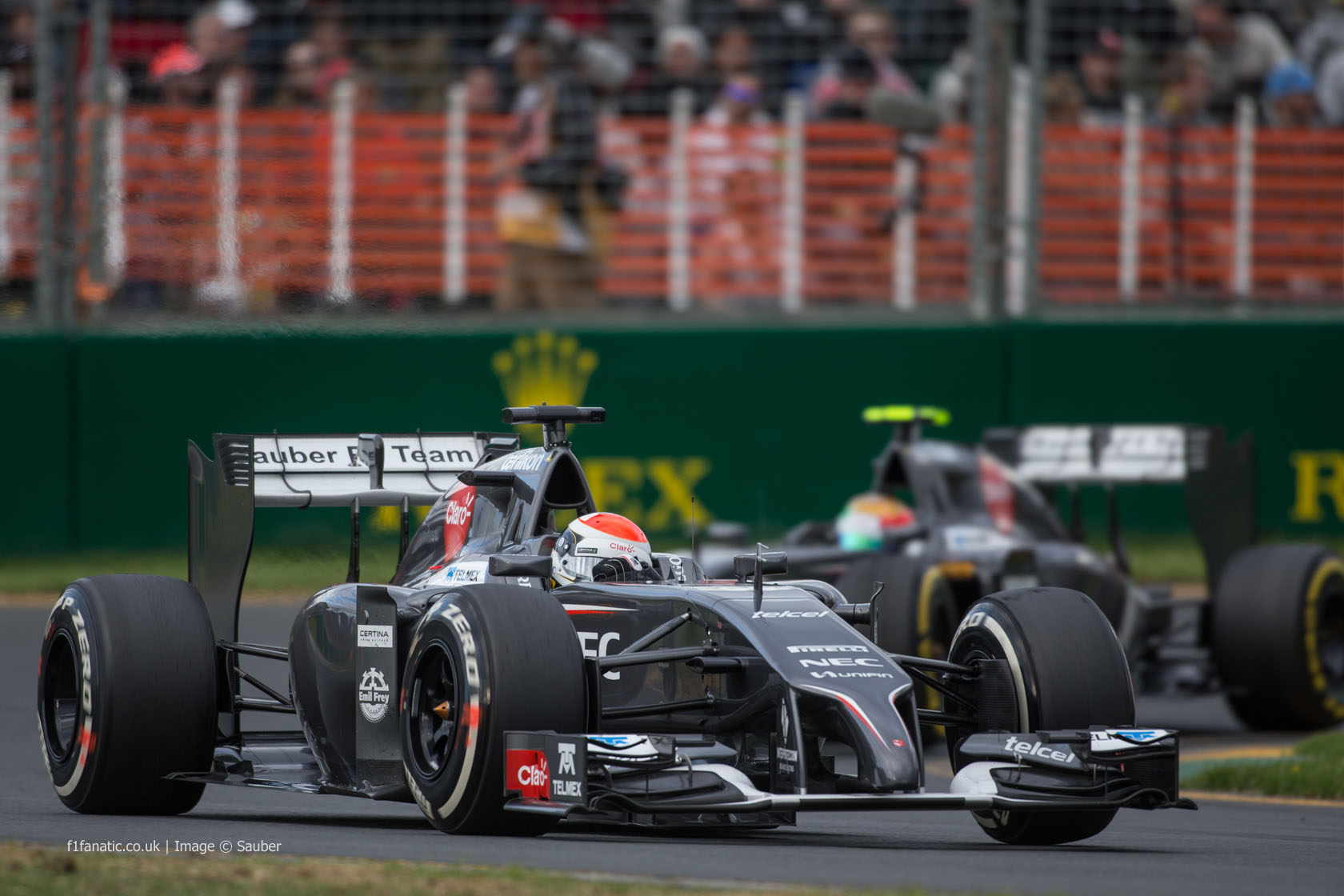 A pure lack of pace was the main cause of Sauber’s problems in the first race of the season, according to Adrian Sutil.

Both the C33s finished outside of the points and a lap down.

Sutil’s race was also compromised by a change of strategy: “I was on a two stop strategy, but we switched to a one stop because of the safety car.”

“This could have worked well, but the safety car phase didn’t help us.”

“In addition we were simply too slow, but we managed to finish the race, which was our goal. We came close to the points, but we need to improve our speed.”

Sutil added there had also been problems with his Ferrari engine early in the race:

“We had a few issues with the power train during the first stint, but after the pit stop that improved. Nevertheless this cost us a lot of time that we couldn’t recover.”