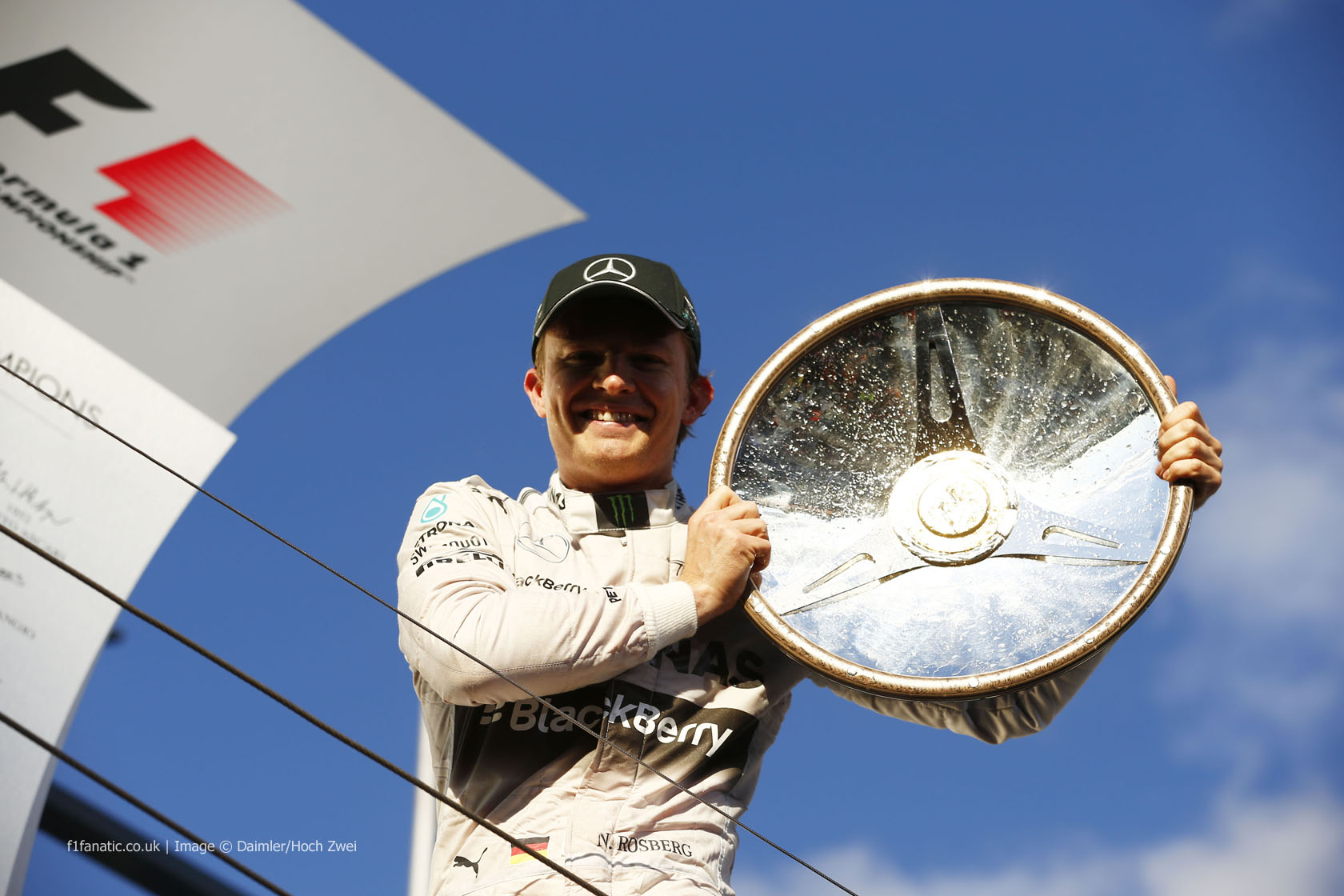 Nico Rosberg took the lead at the start and was never headed on his way to his fourth career victory, which he took by a comfortable 24 seconds.

But team mate Lewis Hamilton never figured in the fight for victory. He suffered an engine problem at the beginning of the race, lost the lead at the start and retired shortly afterwards.

He wasn’t the only driver in trouble early on – Sebastian Vettel also retired with an MGU-K fault within a few laps of the start, bringing his run of nine consecutive grand prix victories to an immediate end.

The other Red Bull enjoyed a much better race. Daniel Ricciardo held off a late challenge from the two McLarens to take the first podium finish of his career.

Kevin Magnussen joined him in taking his first podium finish, replicating Hamilton’s 2007 feat of finishing on the podium in his first race for McLaren at the Melbourne track.

Fernando Alonso salvaged fifth on a disappointing start to the season for Ferrari as they grappled with electrical problems on both cars. The other car of Kimi Raikkonen took eighth, the pair separated by Valtteri Bottas – who survived a puncture incurred when he hit a wall – and Nico Hulkenberg.

The Toro Rosso pair rounded off the top ten with Daniil Kvyat claiming a single point on his debut.

The race distance was shortened by a lap after the first start was aborted when Jules Bianchi suffered a problem on the grid.