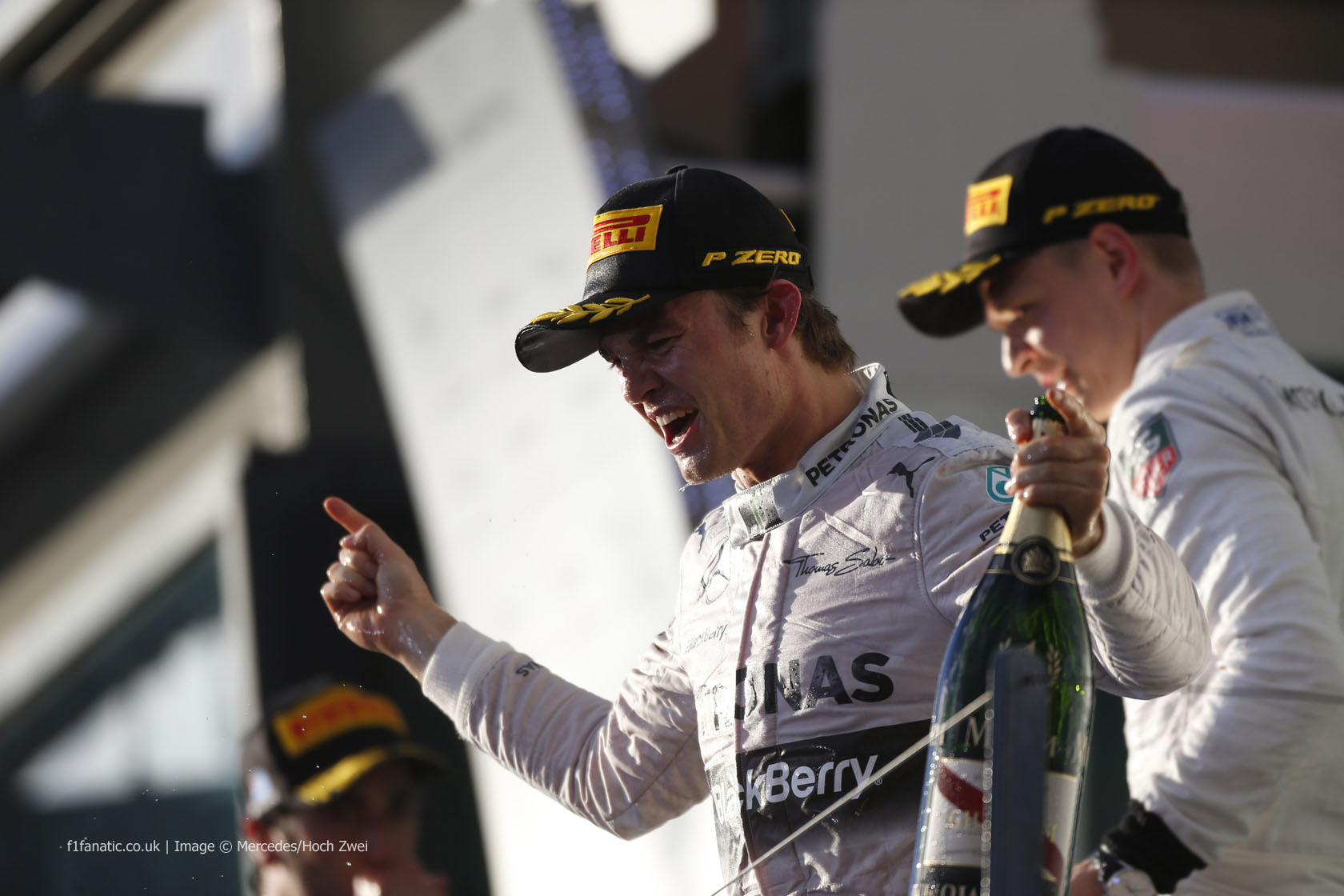 Eight players shared the top score in the first round of the 2014 Predictions Championship – so the pole position tie-breaker was used to pick a winner.

Obviously few expected the session to be wet so Nolan24 claimed the top prize, despite being the best part of 14 seconds off Lewis Hamilton’s pole position time!

Second place went to Mistrip and third to Sergio Perez (not the one who drives for Force India…).

Here’s what they won this weekend:

NB. Results are based on the final classification issued by the FIA on Sunday.