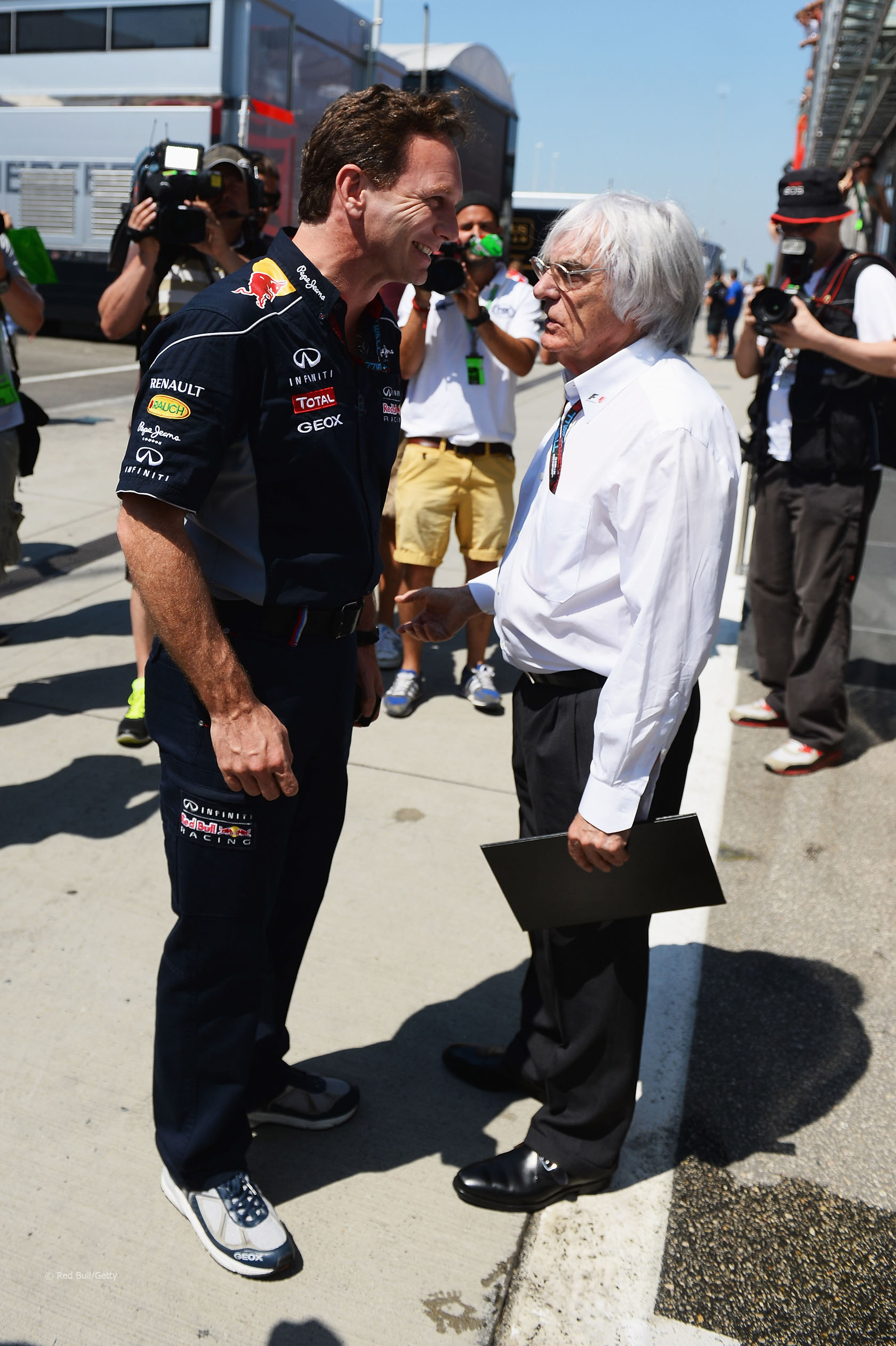 In the round-up: Bernie Ecclestone acknowledges he may have to relinquish control of Formula One sooner rather than later.

“I’m going to be 84 at the end of this year so I am probably going to have to start to think, ‘Do I want to go into the 85th year doing what I’ve been doing for goddamn how many years’. It’s something I’ll have to give some very serious thought to.”

Williams should have been on podium, says Wolff (Adam Cooper’s F1 Blog)

“I guess if you look at Valtteri [Bottas’s] pace before he hit the wall, and then I think his steering wheel was not completely straight, and then his pace afterwards, I would say if they have a normal race and they qualify better than here, probably they would have ended up on the podium.”

“Gill Sensors said in a statement that the governing International Automobile Federation (FIA) had provided it with ‘positive feedback’ since Sunday’s controversial race in Melbourne.”

Christian Horner: “From Saturday morning with Seb, the power unit put up a real fight and there was no logical reason for it.”

How many people in the world watch the Australian Formula One Grand Prix? (ABC)

“Based on the available data, live audiences for the Australian Grand Prix fall somewhere between 20 million and 50 million, but could be lower due to time zone differences with major markets and the declining popularity of Formula One since comprehensive measurements were last released in 2009.”

A look behind the scenes at FOTA: Part 1 (The F1 Broadcasting Blog)

Oliver Weingarten: “Unfortunately double points was presented by the Commercial Rights Holder (CRH) [Bernie Ecclestone] initially to the Strategy Group and thereafter to the World Motor Sport Council (WMSC). The reasoning was presented to the teams and they had their own reasoning for voting in favour. This was not an issue we discussed at FOTA level, given the status of FOTA at that point in time, when most discussions were focused on the requirement (or otherwise) to retain an association.”

Back at base today, there’s a special delivery for @nico_rosberg; all the way from Melbourne… #F1 pic.twitter.com/xErlyUqx5o

@Frankus28 wants to see the team and not the driver punished in Red Bull’s appeal against Daniel Ricciardo’s Australian Grand Prix exclusion:

I hope Ricciardo will get his points back!

At the 1995 Brazilian Grand Prix, Michael Schumacher (first) and David Coulthard (second) got disqualified for fuel sample irregularities which promoted Gerhard Berger to first place. An appeal of the FIA decision followed and Schumacher and Coulthard were reinstated to first and second places months later. However Benetton and Williams were stripped of their constructors’ championship points from the race.

As an Aussie and a Ricciardo fan, this would be a pretty good outcome. But I feel that the FIA has a great case against Red Bull with evidence to suggest they actively ignored a directive from the FIA – I’m pessimistic.
@Frankus28

Sadly, the best result of Larini’s career came on one of the worst days for the sport. While substituting for Jean Alesi at Ferrari he finished second to Michael Schumacher in the 1994 San Marino Grand Prix – the same weekend Ayrton Senna and Roland Ratzenberger lost their lives.

This was not only his best career result up to that point but his first points finish. Prior to it he had driven for a series of back-of-the-grid outfits including Coloni (1987), Osella (1988-89) and Modena (1991).

That Imola start was his last F1 appearance for three years, after which he spent a brief stint at Sauber which ended acrimoniously after just five races.

77 comments on “Ecclestone to “give serious thought” to retiring”