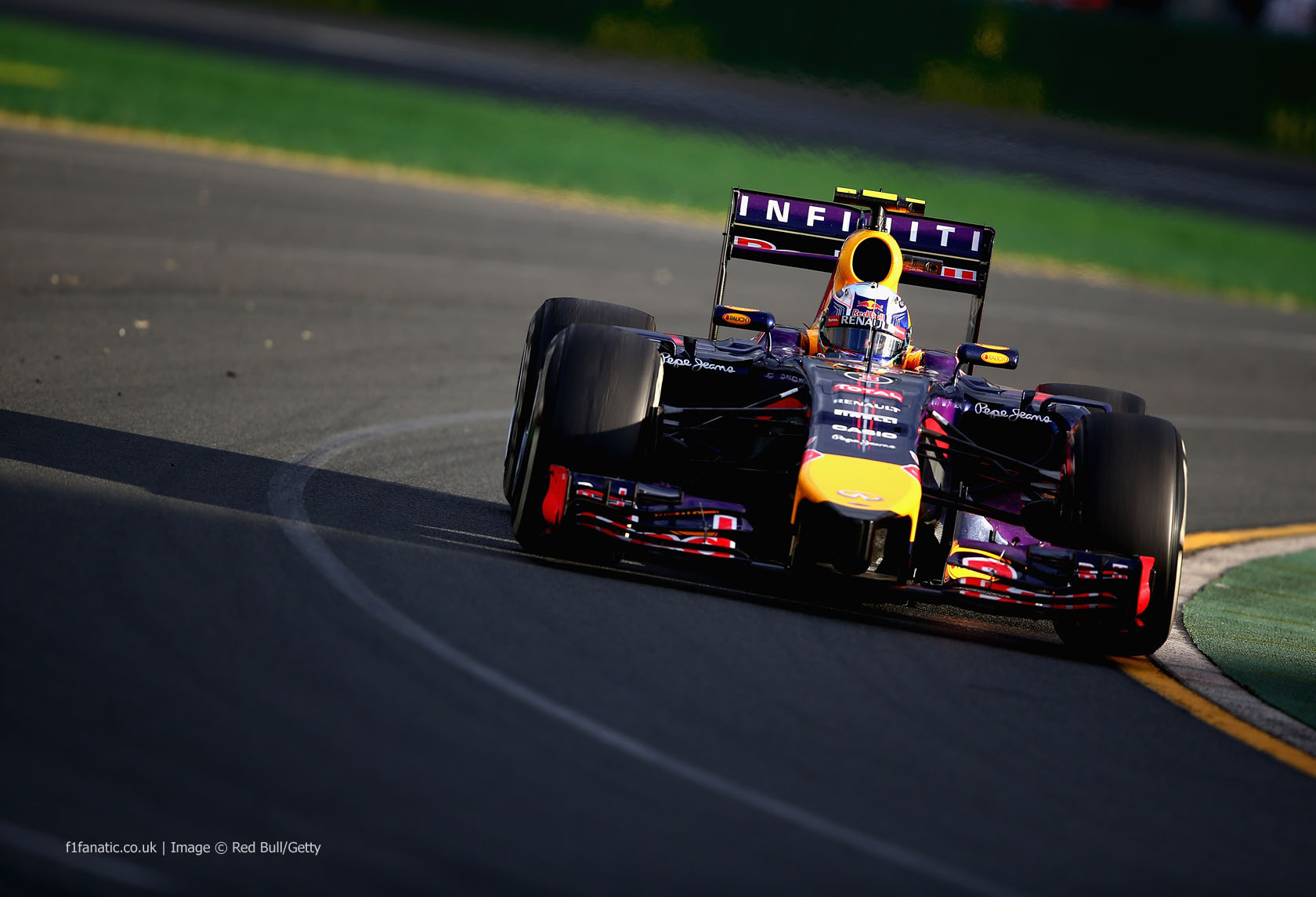 The FIA has confirmed it will hear Red Bull’s appeal against Daniel Ricciardo’s disqualification from the Australian Grand Prix on April 14th in Paris.

The International Court of Appeal will be convened to judge whether Ricciardo’s exclusion from second place should be overturned.

Ricciardo was excluded from the results of the Australian Grand Prix after the stewards ruled his car had repeatedly exceeded the maximum fuel flow rate of 100kg per hour during the race.

Red Bull said the FIA-supplied fuel flow meter had given inconsistent results and stated “the team and Renault are confident the fuel supplied to the engine is in full compliance with the regulations”.

The appeal was lodged yesterday by Austria’s motor club, the Österreichischer Automobil-Motorrad und Touring Club, on behalf of Red Bull against decision number 56 of the FIA stewards at the 2014 Australian Grand Prix.