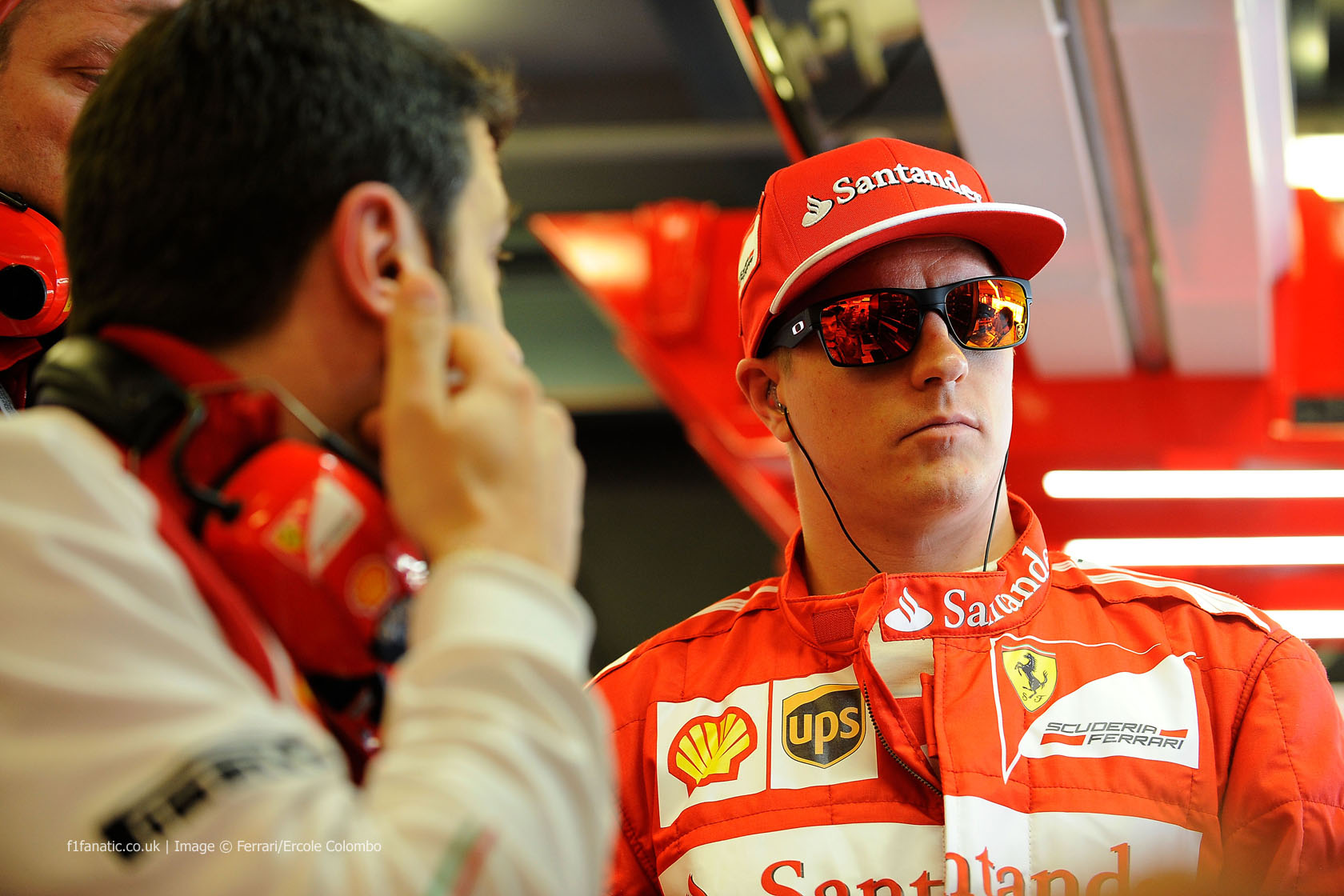 Kimi Raikkonen denied saying he has had trouble with his car’s brake-by-wire system.

A media release issued by Ferrari last week quoted Raikkonen saying: “We identified some general problems which we have to tackle in Maranello and there are other aspects linked to the set-up on my car to do with the brake-by-wire system.”

“Getting this device working correctly is definitely something that contributes to the general feeling from the car,” he continued, “because it has a great effect on corner entry.”

However when asked about the brake-by-wire system in the Malaysian Grand Prix press conference Raikkonen denied having said it was a significant problem.

“I don’t know where that came from, I mean it’s not the issue and there is nothing wrong with the system,” he said.

“Somebody asked me after the race and I said this is not that because they kind of said there’s some issue, and it’s not true.”

Raikkonen said his priorities with the F14 T are “just mainly set-up to get the car as I like it, how I need to have it”.

“I’m sure once we are making some stuff for me so hopefully once we get those it will get a bit more easy, get a bit more feeling in the front end. So it will take a little while.”

“After all the difficulties over the weekend and how difficult it was in many areas, just the small things, at least we got something out,” he added.

“And it’s going to be a long year so hopefully we can now just build on it. We have plenty of good people and they’re working flat-out as a group to improve things. So we still have things to do but I’m sure we can keep progress.”

Asked whether he had tried working in the team’s simulator to solve his handling problems Raikkonen answered, “no”.