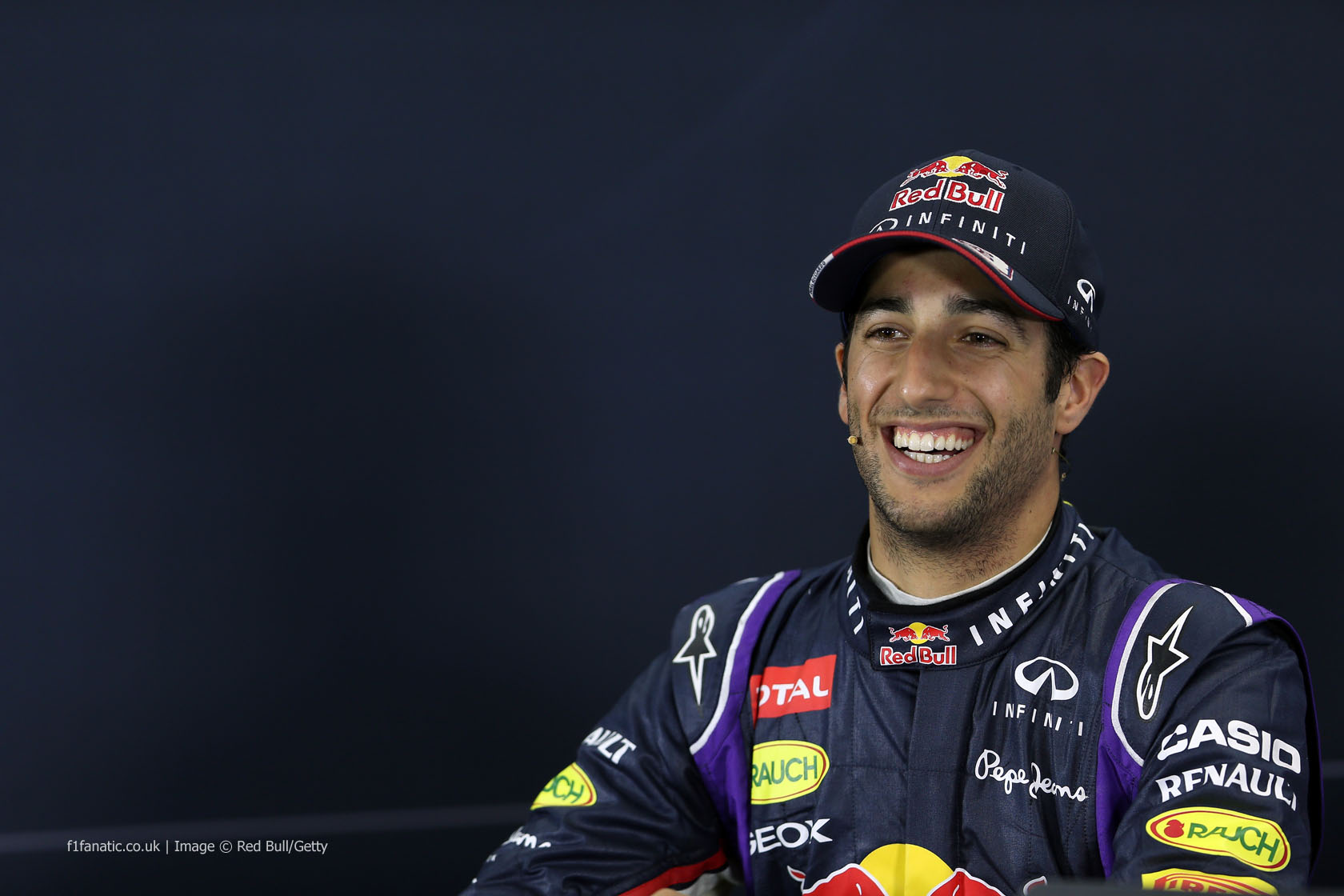 Daniel Ricciardo expects Red Bull will try to avoid a repeat of the controversy which overshadowed their start to the season in Australia.

Ricciardo was stripped of his second place finish in the race after his car was found to have repeatedly exceeded the 100kg/hour maximum fuel flow rate.

The stewards ruled Red Bull ignored instructions to use the FIA’s fuel flow model instead of their own to ensure the fuel flow sensor on Ricciardo’s was giving a correct reading for the fuel consumption rate.

The fuel flow model was applied because Red Bull observed inaccuracies in the measurements given by the fuel flow sensor during practice. Red Bull’s appeal is due to be heard after the Malaysian and Bahrain Grand Prix, raising questions over they might handle the same scenario again in the meantime.

“Obviously the team will do what they I have to to, I guess, keep everyone happy,” Ricciardo told reporters ahead of the Malaysian Grand Prix.

Ricciardo added he did not feel let down by the team’s handling of the situation: “No one had the intention for that to happen.”

“I got a lot of positive feedback, let’s say, from the team nonetheless. They gave me a lot of pats on my back.

“You know, the outcome – put it this way – I still took a lot more positives from Melbourne than that little negative Sunday night. I still see it as definitely a successful weekend.”

24 comments on “Ricciardo expects Red Bull to “keep everyone happy””