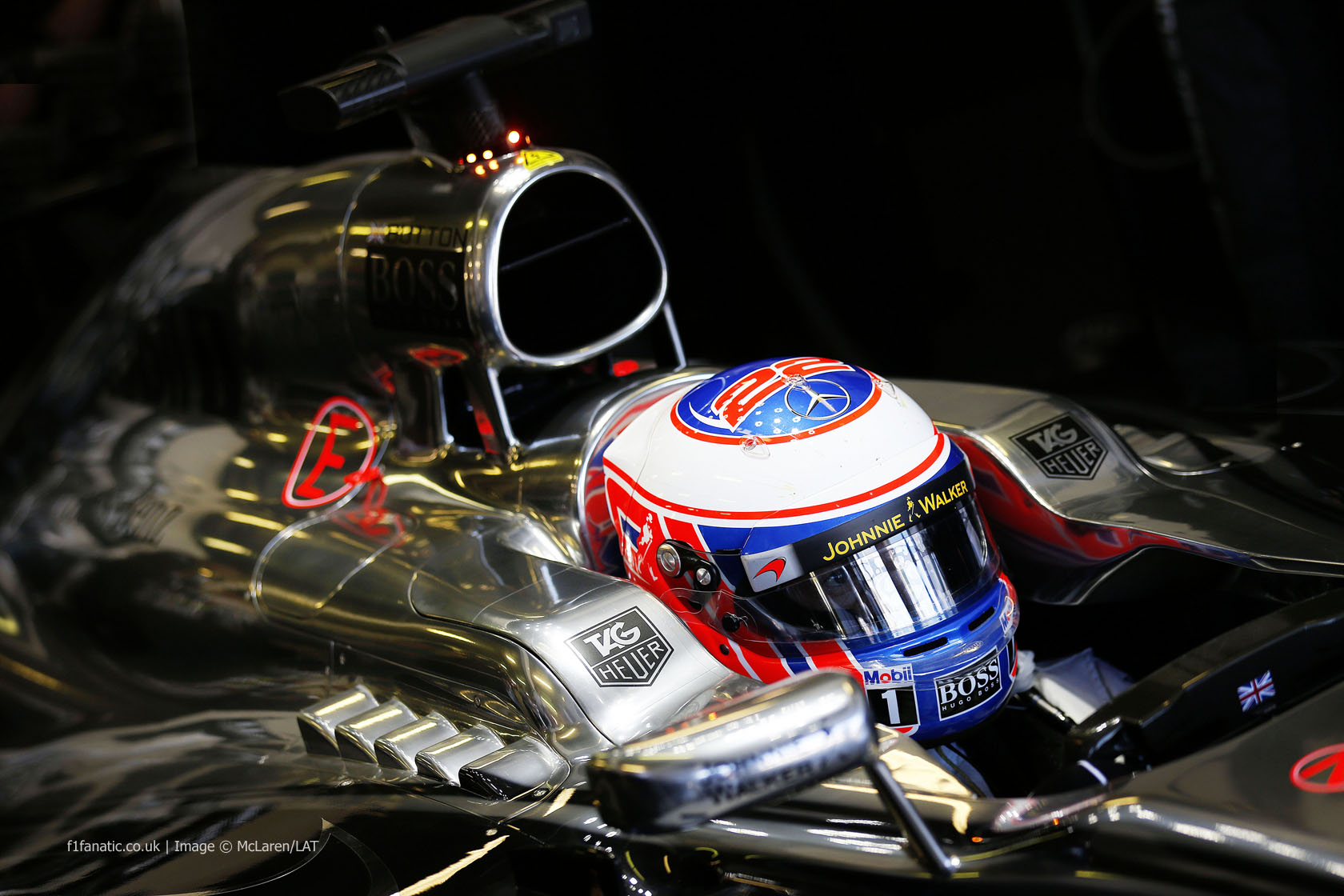 Jenson Button says the high temperature at the Sepang International Circuit is exacerbating the weaknesses of the McLaren MP4-29.

Air temperatures climbed to 34C during the second practice session today and track temperatures reached 51C at one of the most punishing tracks for tyres on the calendar.

“We’re finding it tough out there today – especially in the heat,” said Button after setting the eighth-quickest time during practice, seven-tenths of a second off Nico Rosberg.

“We’re not as strong as we’d like to be in high-speed corners and, when you have downforce issues, they’re further amplified by the hot weather. So our long runs were tricky – in terms of both tyre degradation and outright pace.”

Button cautioned that race pace rather than one-lap performance was the true measure of a car’s potential at this track.

“I’m sure people are getting excited about individual lap times, but they don’t count for too much around here because you can usually overtake. It’s the long runs that you need to analyse, and that’s where we’re finding it a bit more difficult.”

However he reported encouraging results from McLaren’s development parts this weekend which include a reshaped nose:

“We’re now going through the data, but the upgrades we brought here seem to be giving us something – so that’s encouraging – but there’s a lot of work still to be done.”

4 comments on “Heat a concern for McLaren – Button”