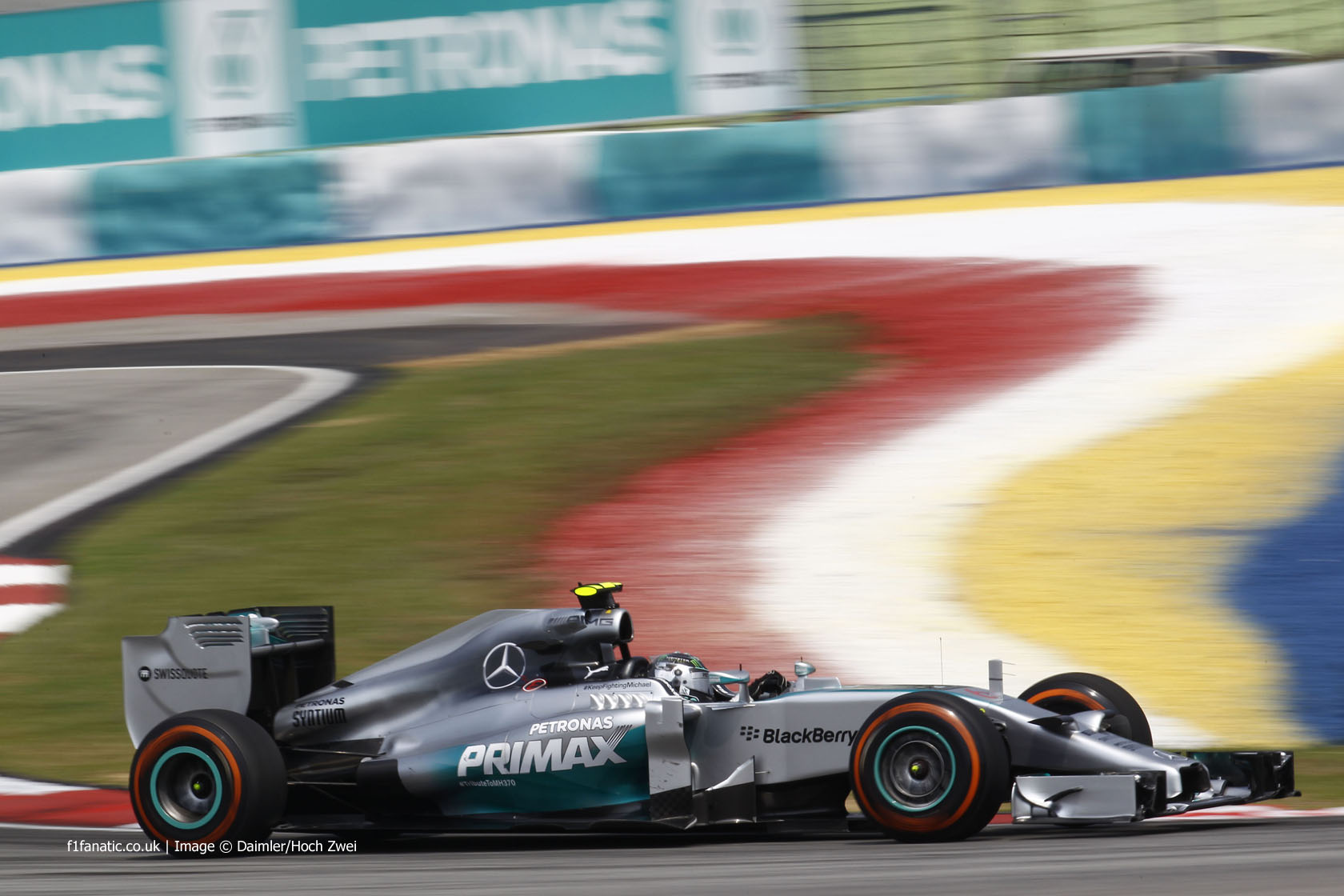 Nico Rosberg said he was surprised by the severity of tyre degradation during the first day of practice for the Malaysian Grand Prix.

Pirelli have brought their hardest compounds to this weekend’s race, which are more durable than last year’s tyres, but high temperatures at the track on Friday meant some drivers got into trouble with their tyres earlier than expected in their long runs.

“It was a decent day, tough conditions out there,” Rosberg told reporters after heading the second practice session. “Really very hot, tough for the car, tough for the tyres even.”

“I never expected so much tyre degradation, it’s just massive degradation out there which is a big challenge.”

Rosberg predicted “lots of different strategies with the tyre” on race day. “Anything can happen really,” he added.

However Rosberg is not concerned about managing his 100kg fuel allocation for the race. “The fuel management is not a problem this year,” he said, “and especially this track – it’s not on the limit here”.

“So that’s not unusual in any way, it’s like last year. Just focussing more on the tyre mainly and getting the long runs done.”