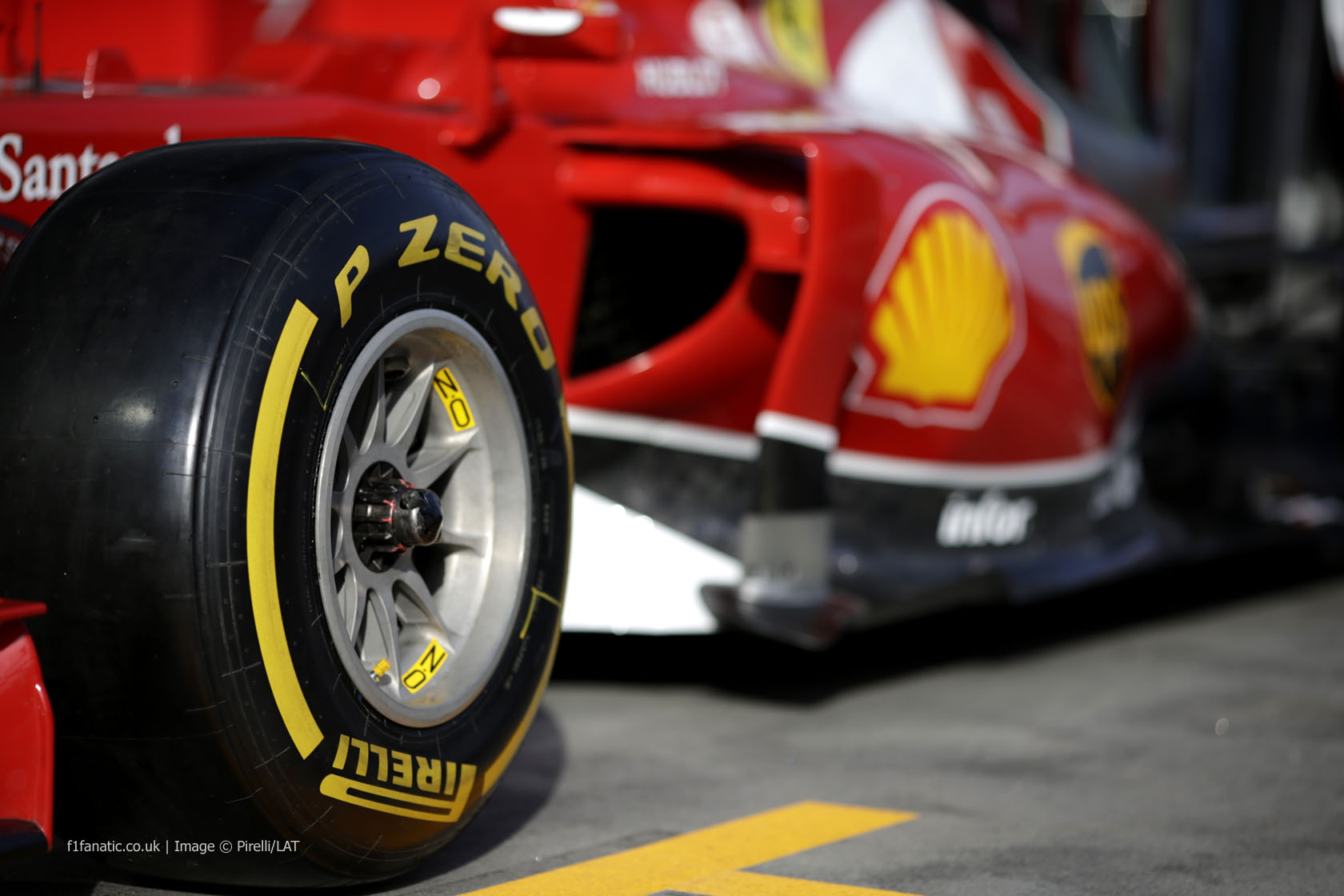 F1 cars could be lapping four seconds quicker by the end of the season due to the increased rate of development this year.

Pirelli motorsport director Paul Hembery said the rate of progress with the teams’ cars this year has doubled under the new engine regulations.

“The cars this year it’s suggested will develop at twice the rate of a normal season,” said Hembery during a press conference at the Malaysian Grand Prix. “So maybe that’s up to four seconds so we have to take that into account when we’re looking at what we’re doing going forward.”

The new cars were 3.4 seconds off last year’s pace at the first race of the season in Australia and slower by the same amount in today’s second practice session.

Hembery said the rapid rate of development on this year’s cars means Pirelli have a “moving target” when it comes to designing tyres for them.

Teams will have the benefit of in-seasons tests to be held after four of this year’s races, but Hembery pointed out reliability may compromise their ability to cover a useful amount of mileage.

“Clearly there’s still some issues with the teams running so I think to do testing after a race will be a big challenge for everybody involved so we have to also be realistic in our aims.”

Hembery said Pirelli’s priorities with its new generation of tyres is to reduce the amount of ‘marbles’ seen on track and to make the tyres last longer.

“It hasn’t really changed the input we’ve had from the teams and promoter, in that we’re aiming to have races of two stops, maybe three in some cases,” he said. “And to create that you’ve got to create thermal degradation otherwise we won’t have the stops that we’re searching for.”

“But it was important this year that we did some work on trying to more towards less marbles on the circuit. Although we did a bit of track cleaning today so it was quite messy the first session.

“And also that the tyre life is increased so from the data we’ve seen so far we would appear to be in that right direction. But of course it’s all very new for the teams, it’s new for us as well understanding what the real impact on the tyres and the car combination will be. And it’s only now we’re starting to see the teams working more on what to do with the tyres and what will eventually become part of their race strategy.”