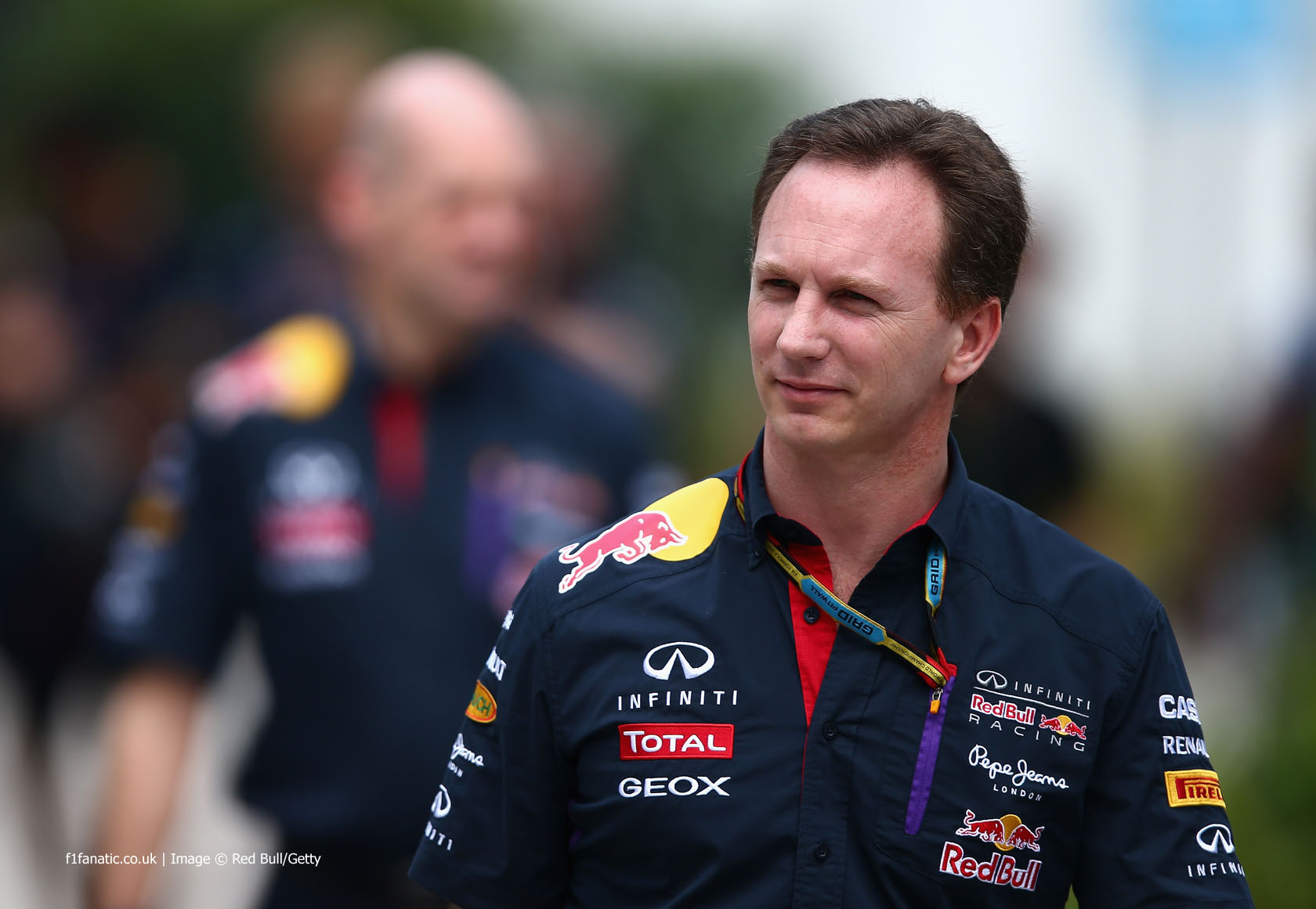 Ricciardo was stripped of second place when FIA ruled his car had repeatedly exceeded the 100kg per hour maximum fuel flow rate. However Horner said the disqualification had not changed his mind about how to handle a similar situation in the future.

Red Bull claimed the fuel flow sensor on Ricciardo’s car was faulty and used a different fuel flow model to calculate the rate than that specified by the FIA – despite warnings during the race that their flow rate was too high.

But ahead of tomorrow’s race Horner insisted he would take the same course of action again if they faced a similar problem.

“It’s a decision that was made in the race,” he told Sky. “We were presented with the facts: we’ve got a [fuel flow] sensor that we believe to be erroneous, we’ve got a fuel rail that we believe is reading correctly. The regulations are very clear, you make a call.”

“That was the call that was made, we’d make the same call again in the same situation today.”

Red Bull will compete in two races before their protest is heard by the FIA’s Court of Appeal in Paris.

“Hopefully in Paris we’ll be able to very clearly demonstrate that we never exceeded this fuel flow regulation,” said Horner.

“And the most important thing, irrelevant of what happens in Paris, is that we find a better way, moving forward, of measuring the fuel flow. Because it has a big impact on horsepower.

“With our engine we’re already sort of 80 horsepower behind the front running engine at the moment. To take another two, three percent hit on that is massive in a race.”