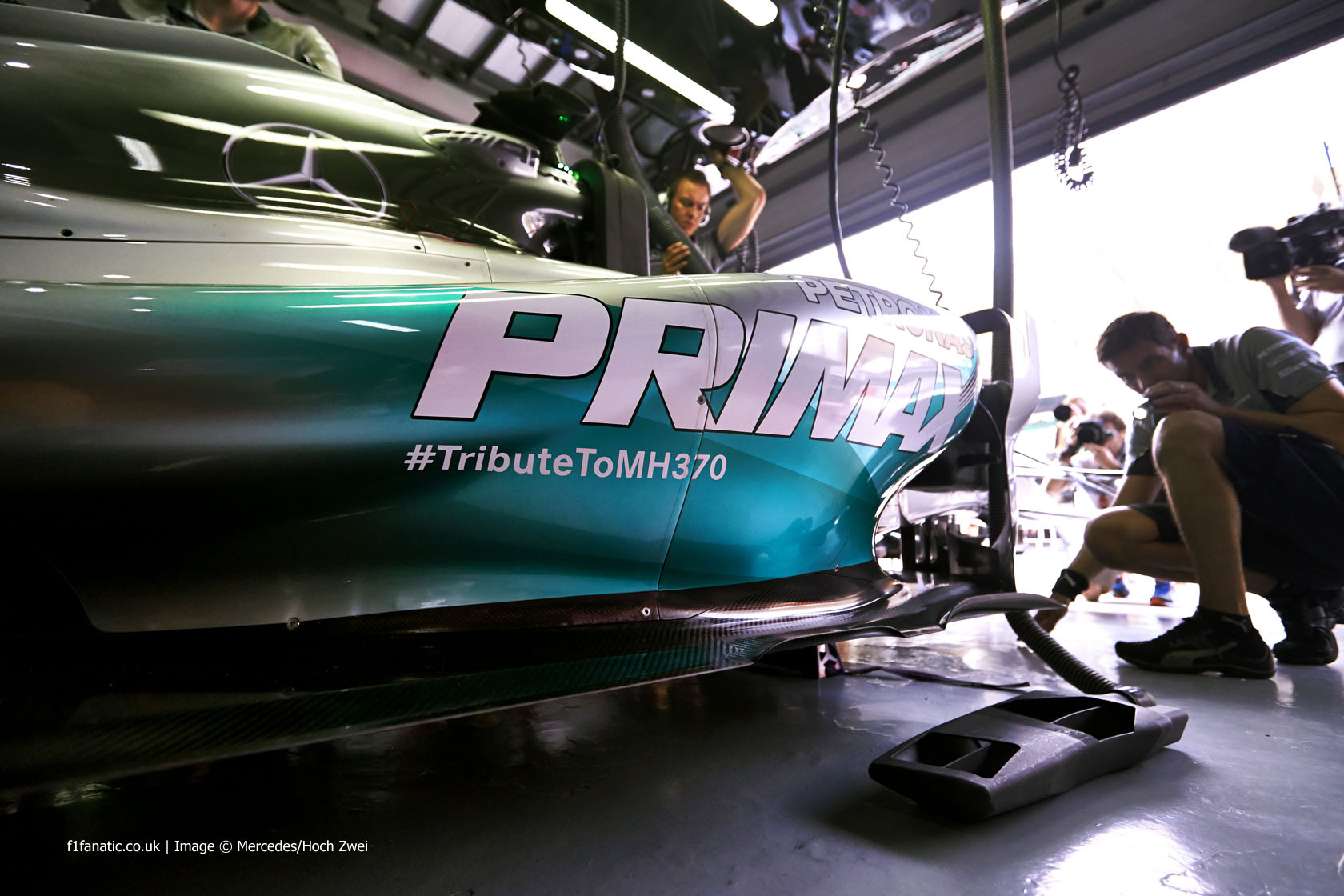 Lewis Hamilton dedicated his win in today’s Malaysian Grand Prix to those who lost their lives in the Malaysian Airlines plane crash three weeks ago and their families.

“Particularly after such a tragedy three weeks ago I’d really like to dedicate this to those people and their families,” said Hamilton on the podium after scoring his first ever win in Malaysia.

A minute’s silence was observed on the grid as a mark of respect before the beginning of the race. The drivers and cars also bore messages for those affected by the loss of the plane which is believed to have crashed in the Indian Ocean.

Hamilton also praised Mercedes’ teamwork after taking his second victory for the team. “Fortunately the team were just spot on with the pit stops, the calling, the timing – and also the info that I was getting was just spot on.”

He said his first win of the year felt “incredible”.

“After such a difficult weekend, such a long winter. We’ve got a get crowd here today and Petronas who work so hard with Mercedes to give us this win, I just feel so grateful.”

29 comments on “Hamilton dedicates win to victims of MH370 crash”