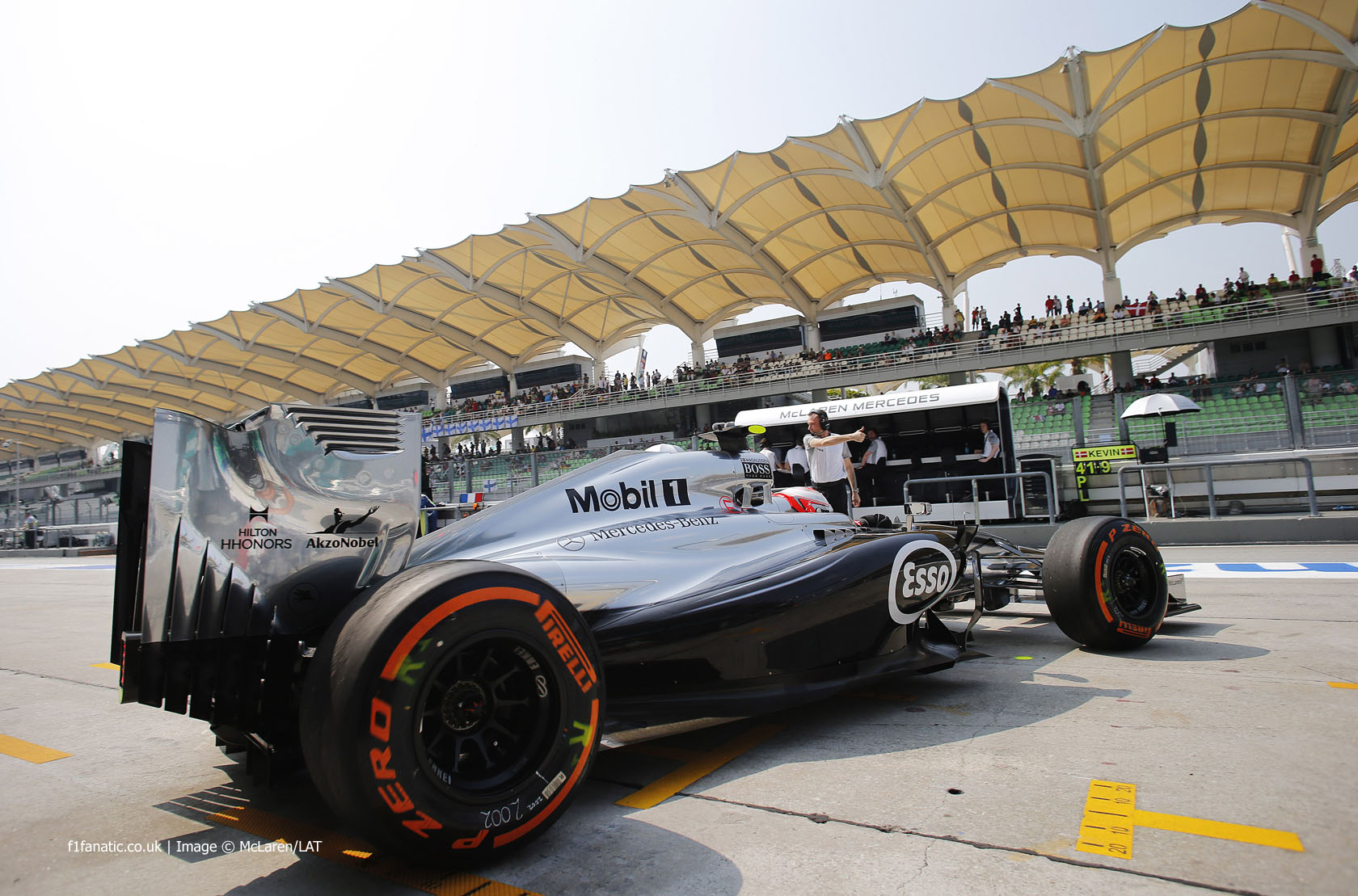 Kevin Magnussen and Jules Bianchi have had penalty points added to their licenses for infractions during the Malaysian Grand Prix.

Each driver was give two points, their first of the season, for the incidents they were involved in.

Bianchi was held responsible for the collision at turn four on the first lap for which he also received a five second time penalty during the race.

However Bianchi insisted he was not to blame: “The situation with Maldonado was a consequence of what happened off the start, when Vergne hit me from behind and punctured my left rear tyre.”

“Quite simply I could not avoid Maldonado – there was nothing I could do.”

Magnussen got the same treatment from the stewards after making contact with Kimi Raikkonen at turn one, leaving the Ferrari with a puncture.

However Magnussen took the blame for his penalty: “I’m sorry for the team that I messed things up going into the second corner, with the incident with Kimi.”

“I think we could have scored some good points today, so I’m disappointed with and for myself, too.”