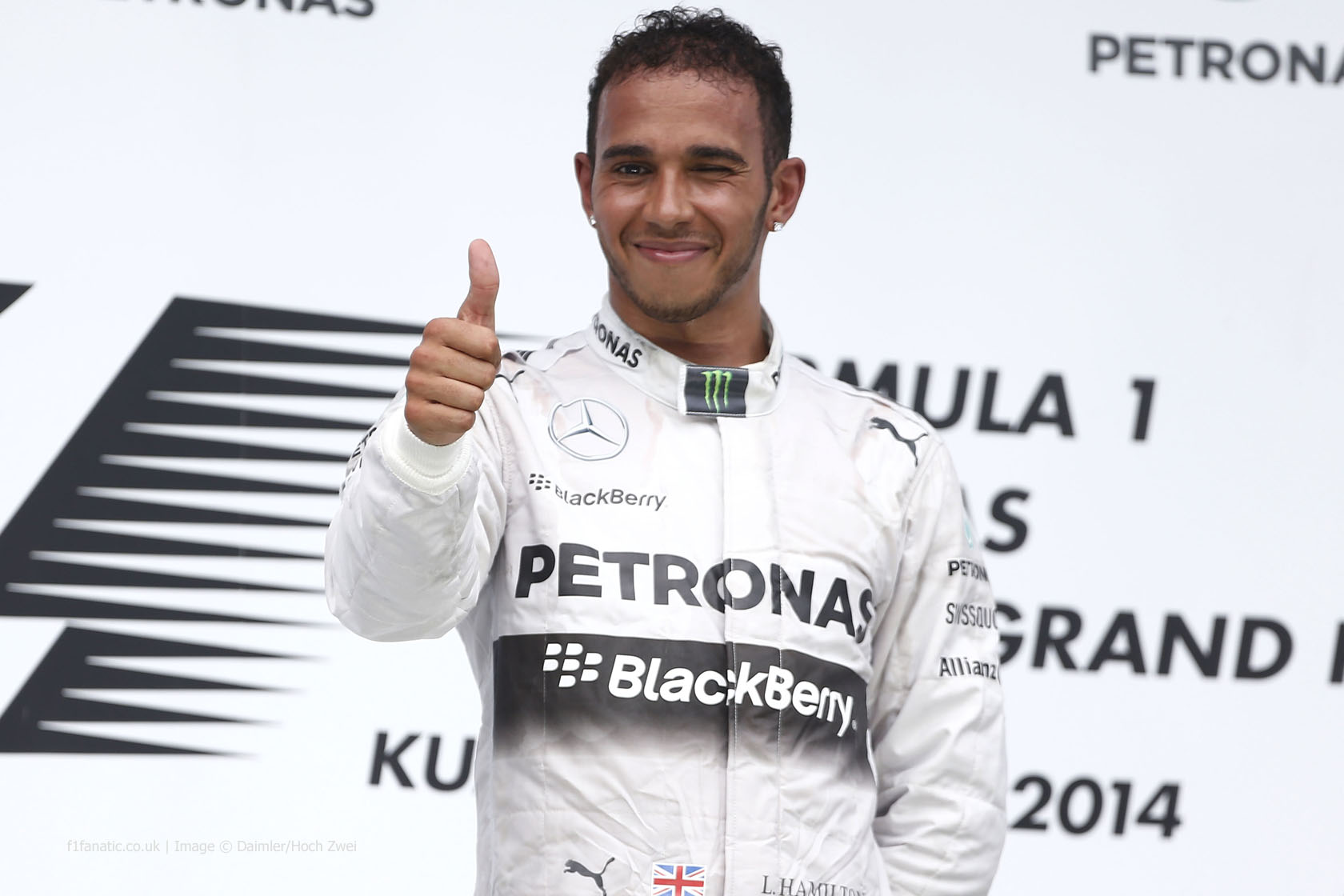 Lewis Hamilton achieved the first perfect result of his F1 career with victory in the Malaysian Grand Prix.

Hamilton achieved a ‘grand slam’ by taking pole position, leading every lap (Nico Hulkenberg did not cross the finishing line in the lead) and setting fastest lap as he took the 23rd win of his career.

Hamilton has now matched Nelson Piquet’s tally of race wins, putting him 11th on the all-time winners list. He also matched Piquet on another measure by achieving his 100th points finish.

This was his eighth win in as many years of racing in F1 – no other driver with a career that long has won a race in every season. Stirling Moss won a race in all seven full seasons he competed in between 1955 and 1961.

He also set the 33rd pole position of his career on Saturday, giving him as many as Jim Clark and Alain Prost. Only Schumacher, Ayrton Senna and Sebastian Vettel have started from first on more occasions.

However Hamilton hasn’t had nearly as many fastest laps – this was the 14th of his career, equalling Felipe Massa’s tally. Nico Rosberg backed him up in second place to secure the first one-two finish for Mercedes since the final race of their original F1 campaign. Juan Manuel Fangio won the 1955 Italian Grand Prix at Monza ahead of team mate Piero Taruffi.

This was Mercedes’ sixth one-two and the first for a team other than Red Bull since Ferrari finished first and second in the 2010 German Grand Prix. Mercedes have also led every lap of the season so far.

Valtteri Bottas became the fist driver to receive penalty points on his licence on Saturday, and was joined by Jules Bianchi and Kevin Magnussen the day after.

Rookies Kevin Magnussen and Daniil Kvyat have scored points in both of their first two races, and Marcus Ericsson posted his first finish.

Two races into the season the average proportion of classified finishers is 63.6%, considerably lower than the 87.6% observed last year, but perhaps not as low as was feared. However the next few races will be particularly significant in terms of reliability as teams start to reach the maximum mileage with their new power units.

Spotted any other interesting stats and facts from the Malaysian Grand Prix? Share them in the comments.

155 comments on “Hamilton claims record with first ever ‘grand slam’”